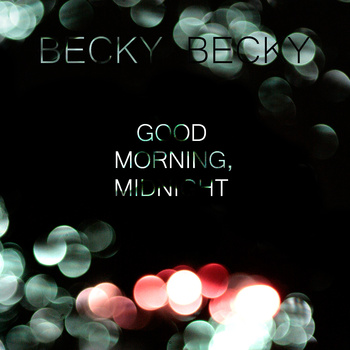 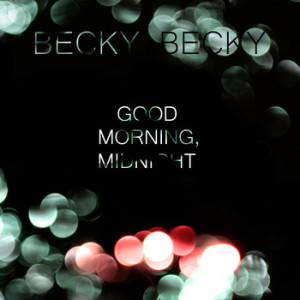 Take the sound of one folk singer. Or more to the point, the purveyor of some of the finest cracked, harp torturing alt- nu-folk around, in the form of Gemma ‘Woodpecker’ Williams / Wooliams, whose ‘Bird School Of Being Human’ album so impressed last year.

Ally this in most unlikely fashion to pounding disco beats, the sort that will in one track have you asking “is this some new Austra?” and in the next make you think you’ve accidentally stumbled onto a 70’s Giorgio Moroder / Donna Summer throwback.

Take the narrative point of view of some faded lush, a ‘lady’ who’s just decided to drink herself to death. Stay in character all the way though the whole damn album, playing the part of the cracked alcoholic, the fading beauty, the would be romantic who has decided to go glamorously.

Part of the fascination is the sickening, can’t-look-away horror of over-close observation of the mundane. It really doesn’t help to know that Gemma is herself a one-time midwife when she sings of the “baby, freshly born” and “still warm” – let’s just say I shuddered a delicious shudder

The EDM / Italodisco half of all this is Peter J D Mason, who is ex-Fence Collective and is also at times a regarded EDM re-mix-ist. Who’d have thought ‘Fence’ and EDM in the same breath? I surely wouldn’t;  no more than I would have thought of welding his synths and sequencers to the former harp-botherer.

Their relationship is ‘ex’ in all senses, both musically and personally. So much so that when I previously wrote (of their single) that “this is the sound of struggle, of two people that were lovers but can now barely be in the same space and time”, someone not a million miles from the situation tweeted me to tell me that I didn’t know just how right I was. Their relationship burnt so bright that Gemma put her Bird School project on ice, and then when she and Peter crashed and burned, she took the whole Woodpecker Wooliams persona off-line, killed it in apparent frustration, and for that I’ll not forgive either of them.

Which leaves us with this which, unless they turn into Burton and Taylor, is likely to be their one, near perfect album.

Given that this itself was nearly put in a dark room and left to rot, only getting finished and mixed due to superhuman effort on both their parts to actually be in the same place and time for a few days, I’m not holding out hopes for this to be first in a 20 record cycle or anything like that.  Enjoy it while you can