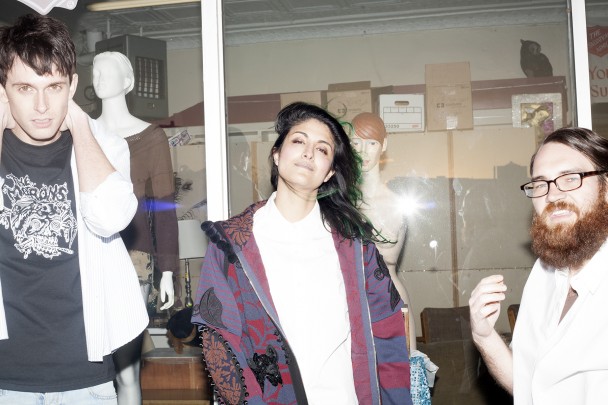 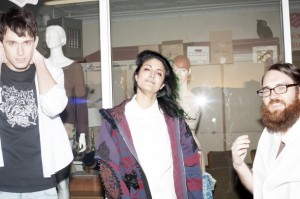 If you were to pinpoint Vomitface’s ‘Sloppy Joe’s’ on pop’s great map or better still a Pete Frame family tree it would lurk somewhere grimacing and jabbing two fingers aloft as the fucked up sibling of Nirvana’s ’Sliver’. Scowled in a swamp dragged grizzled blues petulance, it draws upon the fraught dislocated fuck you gouging of pussy galore in collusion with a serious attitude issues Babes in Toyland.

Edgy, unloved and blatantly feral it arrives suffocated in a thick throat throttling grind that impacts like tiny seismic eruptions all curdled in a killer sluggish big bearded stoner growl that veers from moments of tranquil prowling calm to fractured vents of wiring psychosis. Comes pulled from their self titled debut EP out via bad companion where it’ll arrive as a strictly limited edition of 133 7’s of which just 33 will come pressed up puke green splatter marbled vinyl – one of which we want should they be reading.

Such are the limitations of groove space on those prized vinyl copies that their version of Ms Kate Bush’s ’Sat in your lap’ fell off the final cut though happily finding itself vying for attention on the digital version. In truth we’ve always had a soft spot for the original, awkward and abstract it revealed a creative playfulness on the part of Bush by way of utilising crooked time signatures, tribal rhythms and an innate sense that things were fracturing to the extent that they were liable to veer chaotically into a grinding heap any second soon. Vomitface’s reappraisal you’ll be glad to hear comes blistered in that exact suspected chaotic and ramshackle edginess. Choke it with a psychotic tug and a no wave waywardness that’s speared in a totally skewed almost f*** you slacker slant and you have yourself a delightfully caustic car crash of a cut. Essential in a word.