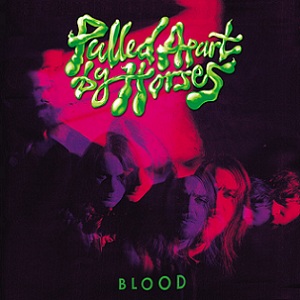 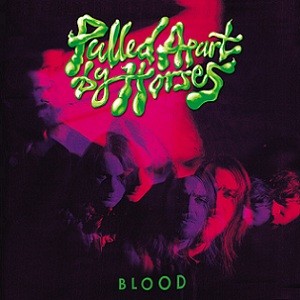 There was something brilliantly refreshing about Pulled Apart By Horses when they burst onto the scene back in 2008: a bunch of unassuming lads from ‘oop north’, who played an enthralling blend of punk, hardcore and thrash, and gave their songs superb titles, such as ‘I Punched A Lion In the Throat’ and ‘Yeah Buddy’. Having already gained a reputation as a must-see live band, their self- titled, 2010 debut captured the raw, rambunctious energy of those performances and set the ball rolling for a triumphant two years, which included a support slot for arena-filling giants, Muse. A second album, Tough Love, emerged at the beginning of 2012, featuring more of the same—by and large—albeit with some sporadic subtle touches and a slightly slicker production courtesy of Gil Norton (Pixies/Foo Fighters).

However, despite the critical acclaim received upon its release, Tough Love  lacked, for me, the chutzpah of its predecessor, and so it’s with a certain degree of trepidation that I approach the band’s third album, Blood, released on Best of the Best/RED UK, an imprint of Sony Records. Would the change of label result in a radical change of sound? Or would they play it safe and stick to the formula? My fears are immediately allayed with opener, ‘Hot Squash’, which is built around a gigantic, swaggering riff (reminiscent of Them Crooked Vultures’ ‘No One Loves Me & Neither Do I’) and features lyrics inspired by Paul Thomas Anderson’s film, The Master. File this under A Very Good Thing Indeed. Latest single ‘Lizard Baby’, meanwhile, starts off in a more measured fashion, but soon explodes into another pleasingly familiar shout-along chorus that will no doubt get heads bobbing and feet moving during its live airing in the band’s forthcoming tour. Other tracks—notably ‘Grim Deal’, and its unapologetic refrain of “I’m a real bad liar and I eat with my hands”—recall the unwholesome sounds of Los Angeles’ finest, The Icarus Line, and, like that band, PABH makes no attempt to hide its disdain for all the bullshitters and fakers, with whip-smart lyrics such as on ‘Medium Rare’ (“like death warmed up, you’re a medium rare prime cut”).

It would be unfair—not to mention completely erroneous—to accuse the band of diluting their noise to please their new paymasters; what they’ve done instead is expand their palette to deliver a set of songs that maintains the hardcore-gone-haywire aesthetic of previous releases, as well as incorporating a broader range of sounds and influences. And so while it may sound a little less frenetic in places than previous recordings, Blood marks a serious step forward for the Leeds-based four-piece. Crucially, the energy and enthusiasm that this band seems intent on imparting remain undiminished: the emphasis is still very much on fun—the physical, don’t-worry-if-you-get-your-nose-bloodied-in-the-process variety, that is. Which, let’s face it, is the best type of fun when it comes to rock n’ roll.