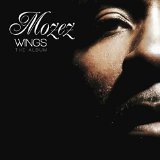 Few things make you feel older than realising that an artist you still regard as “recent” was actually at their commercial peak nigh on 15 years ago. Such is the nature of the beast that was the mighty Zero 7, and the act in its primal form’s most elegant collaborator, one Osmond Wright, more informally known as Mozez. “Come on, admit you’re approaching middle age,” he appears to be saying, “live with it, grandad!”

Hope springs eternal, however, with the knowledge that another key contributor to the work of the inimitable trip-hop duo was the now impossibly famous Sia Furler, who, just two months shy of her 40th birthday, has proved to be one of the biggest draws in the contemporary market over the past year or so, appealing both to pre-pubescent girls and glamorous grannies alike.  But why am I talking about Sia? It’s because her story brings optimism to those for whom there seemed little hope, and such positivity, in terms of the new Mozez album, is key.

A lot of the numbers amongst this 12-song set carry with them an earnest melancholy, yet are delivered with such admirable conviction that it is impossible not to feel empowered, as though you can achieve your goals. Yes, there will be knockbacks, but you can deal with them, dust yourself down and bounce back. The vocals here are that effective. As the blurb I have in front of me makes plain, “You won’t hear 12 songs that are better sung all year,” and on this evidence, it would be churlish to disagree.

That’s not to say ‘Wings‘ is a wholly intense or emotionally draining record in any shape or form, however; quite the opposite, in fact. You need only listen to the easy soul of ‘A Place Called Home‘ for clarification, which faithfully reconstructs the pieces of the eighties incarnation of The Four Tops. It almost certainly takes its cue from the likes of Marvin Gaye compositionally, and musically salutes any number of bands from the Tamla back catalogue.
Had this been released as a single 30 years ago, I have no doubt whatsoever that it would have shot to the chart summit and we would be sitting here now, acknowledging it as a defining record of its era.

The majority of the other tunes on offer here are altogether more wistful and tranquil. So calming it may be, but Wings, at its heart, remembers that music, in its purest form, should make people want to dance. And dance we shall – to the title track, which can only be described as a stripped back glance towards the Hi-NRG scene of around three decades ago, or to the choppy, Nile Rodgers-style guitar which fronts ‘Run River‘ over a nineties dancefloor backbeat.

Call it what you want – soul, pop, chillout, R&B; it’s even jazzy in places (the magnificent ‘The Absolute‘ perhaps illustrates this best), but the spectre of Gaye is never far away, and with such a foolhardy role model, it was never going to fail really, was it?