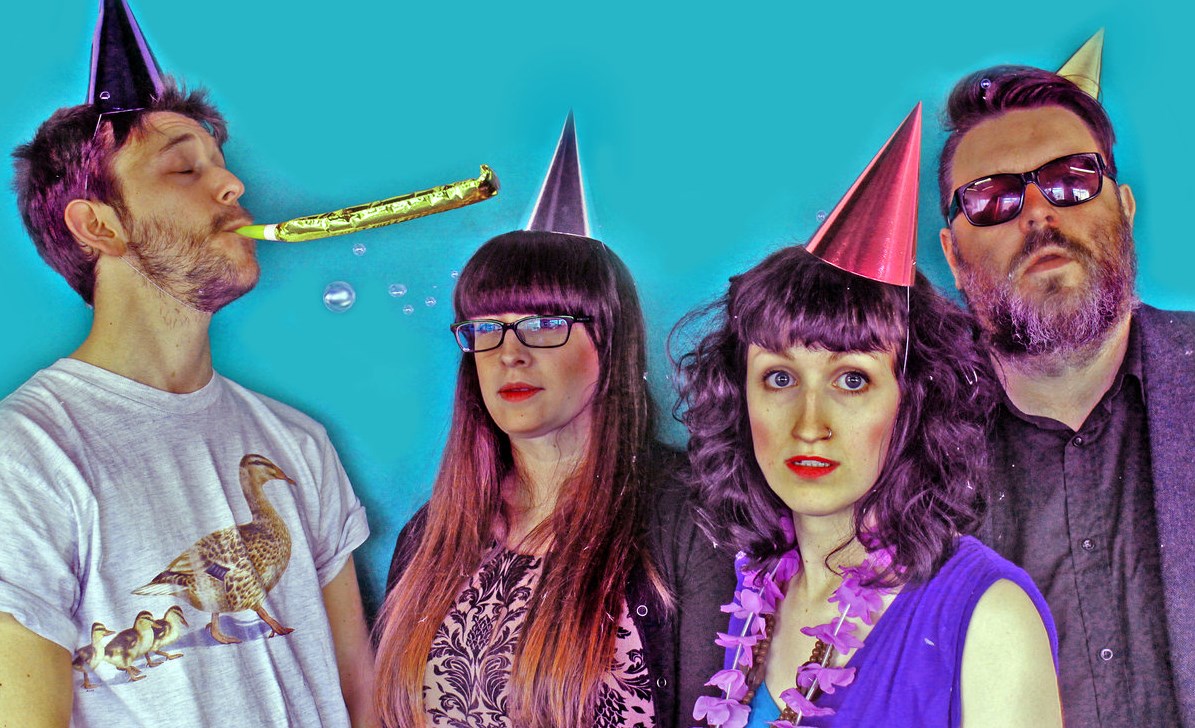 “Make yesterday my whole mountain,” exclaims front-lady Emmi Manteau at the crescendo point of ‘Mimic My Shins’, (far be it for her to make a mountain out of a molehill) astride tidal wave after tidal wave of tremulous noise, pop hurtling towards you from North Walian band Baby Brave.  “A diagnosis of a dying relationship” is sketched out Manteau’s meticulously melodic stream of consciousness that pours forth, over an addictive, propulsive sound built upon an irresistible rhythm section, that spins somewhere between the work of Talking Heads and B-52s with an undercurrent of the kind of knowing noise pop that punctured holes in the mainstream back in the early ’90s.  And it sounds tremendous.