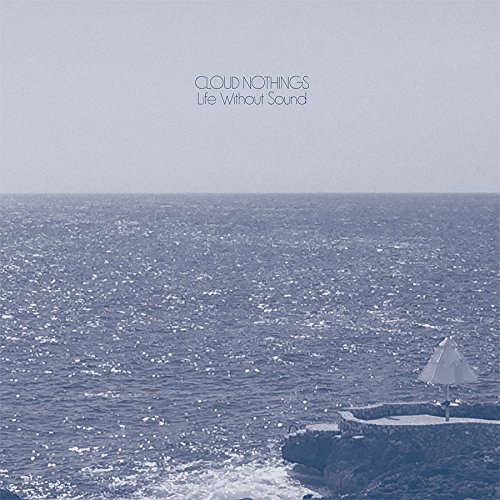 When The Ramones covered Tom Waits‘ wonderful ‘I Don’t Wanna Grow Up‘ in 1995, it was one of those perfect rock & roll moments where everything comes together : the eternal adolescents, covering a song by the eternally willful, spiky Waits, playing it the way they played every song they ever recorded – loud, fast and knowingly dumb. As a musical manifesto it was faultless. Growing up is shit, so when you sound as fucking great as we do, why change?

Sadly it’s a message lost on many/most bands, who at some point inexplicably reject the acclaim of the moshpit and go after the approval of the serious press, with inevitably disappointing results. So it is with Cloud Nothings, whose utterly perfect last album Here & Nowhere Else RULED 2014. Songs on the brink of collapse saved from oblivion at the last minute, superhuman drumming, early Black Francis screaming and more tunes than a Wrigleys factory, it was one of those once-in-a-generation albums where you genuinely felt like you were listening to the future of rock music.

Well, you weren’t. You were listening to a band at their peak, and in hindsight really, where else could they go but here? ‘Here’ being an overly polite, bland and forgettable album of bog-standard indie rock. Opener ‘Up to the Surface‘ sets the tone, beginning with Coldplay like piano before settling into a half-arsed plod. ‘Things Are Right With You‘ is even worse, in that it plods like the godawful Tom Petty, for some inexplicable reason an enduring influence on US indie rock bands. ‘Enter Entirely‘ plods as well, with its only interesting bits – a briefly surprising lurch of guitars on the chorus and a briefly enjoyable guitar solo – nicked from Pixies and Dinosaur Jr respectively.

The perkier moments – ‘Darkened Rings‘ and ‘Modern Act‘ for example – have had their rough edges smoothed off to become bland pop-punk that has you craving the rawness of their last two albums. And Dylan Baldi’s lyrics sound as if they were sourced from some vomit-inducing motivational quotes page on Pinterest, and whilst that was true on Here & Nowhere Else too, there was at least plenty of other stuff going on to distract you.

Only ‘Strange Year‘, a howling, droning grunge throwback, saves Life Without Sound from being a complete washout. I don’t blame them as such – after seeing them live in 2014, I figured then that it would take them a long, long time to physically recover from the punishment they inflicted on their instruments and themselves (particularly Baldi’s vocal chords), so it’s no surprise they’re taking it a bit easier this time. I just don’t want to listen to it.