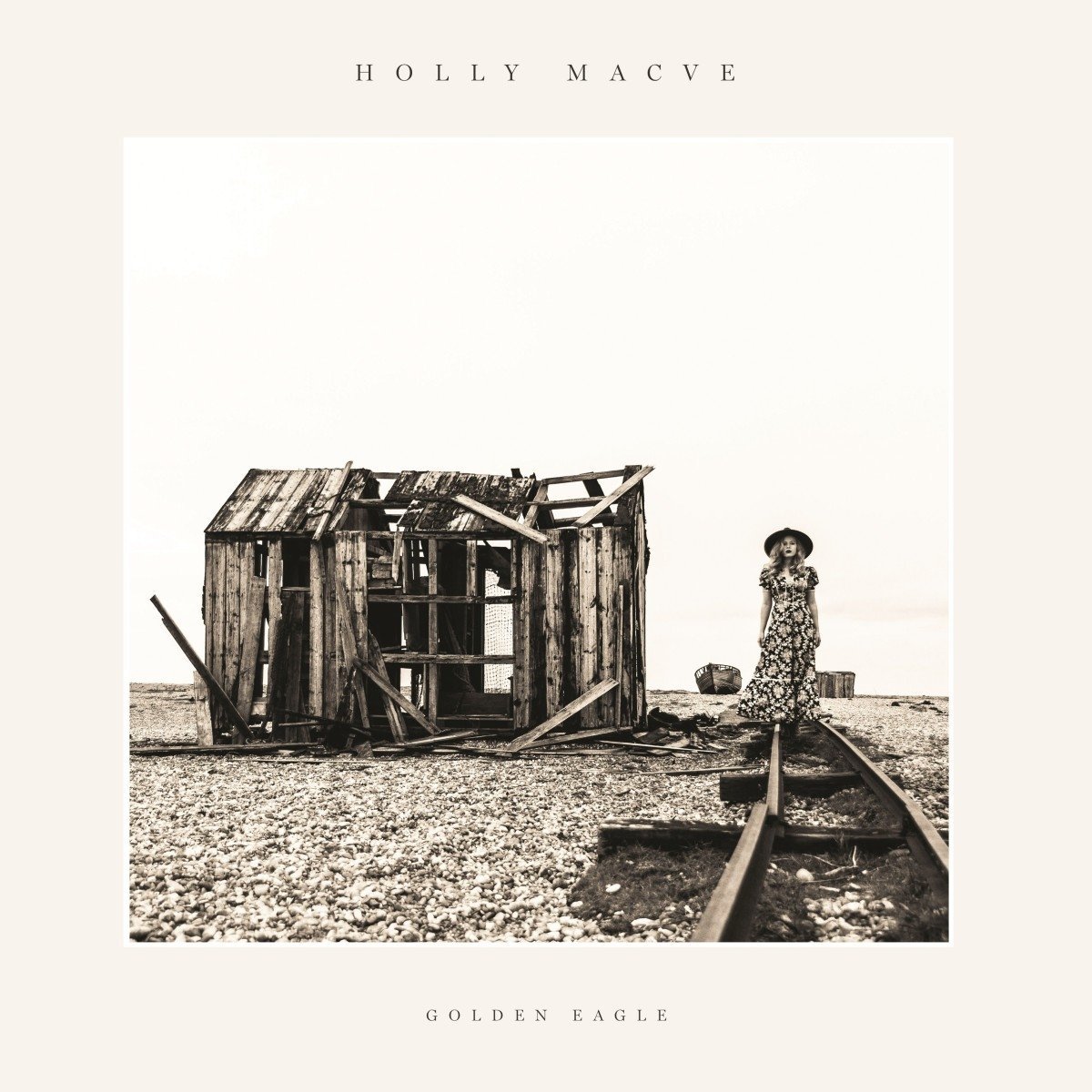 “Long awaited” is a term that is bandied around all too frequently when it comes to album releases, but in the case of Holly Macve, it can be used quite genuinely.

Macve caused a ripple when she signed to Bella Union back in July 2015, with high praise from label chief Simon Raymonde, who said “I had a tip-off to go to a basement bar (in Brighton) where she was playing. In a room full of beery boys chatting across all the music beforehand, the minute Holly opened her mouth the room fell silent. Hers is a rare gift.”

So, Golden Eagle has been a little while coming, and it certainly sounds like an unhurried record. Recorded with Lanterns On The Lake‘s Paul Gregory in the producer’s seat, it is a sublime set of ten songs that very much push Macve’s vocals into centre stage. Vocals that apparently had John Grant offering her a support slot within five minutes of hearing them!

‘White Bridge’ gently eases the album into life, a country ballad with acoustic guitar, piano and that velvet voice, captivating from the start. Think the mellowest Maria McKee through a Johnny Cash filter, in the sense that the songs tell stories that Cash could easily be imagined singing.

‘The Corner Of My Mind’ follows next and makes no attempt to pick up the pace, it doesn’t need to. Macve pulls no punches with the lyrics, for instance: “I called by my father’s house and he closed the door on me / He said you’re no daughter of mine and you never will be”. There is a mournful tone to Macve’s voice on these first couple of songs that make the appearance of ‘Heartbreak Blues’, title notwithstanding, the most upbeat song on the album yet; in fact the first with any beats at all, the first couple of songs dispensing with percussion entirely. It sounds simultaneously tongue in cheek and totally straight.

A true highlight of the record is the closer to the first half, ‘All Of Its Glory’, which again makes Macve’s voice the centrepiece with some gorgeous piano, and no talk of “Sinking into my grave” can take away from the beauty of the music.

‘No One Has The Answers’ meanwhile was issued as a single (digitally, at least) back in October last year and is another more sprightly song, potentially picked as it is one of the two or three most commmercial tracks here. Macve is at her most effective though, with sparser backing – just guitar and/or piano works just fine and lets her personality shine through. A touch of black humour can certainly be detected through the lyrically darker songs, Macve sounds like a seasoned lyric writer, not like a young artist on their first record. She could probably make a killing penning songs in Nashville.

Golden Eagle is an album full of charm and could well entice those who don’t consider themselves fans of country music, folk music – call it what you will, this one is going to fly.

Golden Eagle is out now on Bella Union.