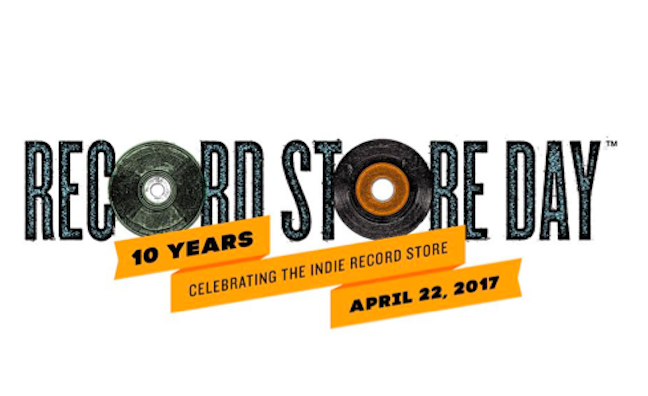 Hello. I run a small label/music publisher that serves unique independent artists. Now in its tenth year, there is a Record Store Day controversy every year now, which is boring. So here are some made-up arguments for and against it.

The majors have ruined it

I can’t get the records I want

Pressing plants are clogged up

Stores are bankrupting themselves buying stock

The wrong people are buying records/coming in my favourite shop

OK I have some sympathy with 1. The majors HAVE probably ruined it, mainly with their poxy boring reissues. But if you have issues with a Justin Bieber picture disc, I pity you. Let the Bieber fans have their fun! Music is supposed to be fun, no? Most music that people hear is on the stupid major labels. If we don’t like it, which I don’t really, we should make our own day called ‘Independent Label Record Day’. But at least there’s already Independent Label Market, that’s a good thing. However let’s not forget that almost everyone apparently loves D Bowie and Janelle Monae and Missy Elliot and they are all on majors, as are your (and my) favourite band Muse*. It’s a conundrum.

As far as 2 goes, if you can’t get the records you want, that’s normal isn’t it? We can’t always get the things we want. Hopefully we’ll get some of them. And yes it is highly amusing when people get the things you want before you and try to sell them at inflated prices – we put out an RSD release two years ago which some silly bugger immediately listed at £55 even though it could still be grabbed for a tenner or less. Don’t worry about it, they are only records, sometimes we just have to wait for the ones we want to arrive in a £1 bin in a different shop in a different city in about 5 years.

When it comes to 3, yes that is rough on labels who are trying to plan and schedule normally. But would you rather have pressing plants scrambling to repair old broken machines, or closing? I have read a lot of articles about Record Store Day and not one of them contains a negative comment from pressing plants. I am pretty sure pressing plants are happy about it, at least to the extent that a factory is capable of feelings. And can we agree that pressing plants are vital to the continued production of vinyl? Yes.

4 is bad. Stores can’t take RSD stock on sale or return, it says here. That’s good for my label but bad for them. I think stores should be able to send it back if it doesn’t sell. But then I also think it would be nice, given that it is Record STORE Day not Record Label Day, if the focus was a bit more on the stores than it is at the moment. Of course I understand that it’s the music that gets people into the stores, but I would love to make an exclusive for Square Records in Wimborne or Music’s Not Dead in Bexhill or any other independent record retailer. And maybe if there was some way of rotating RSD round stores we could all get to know the individual personalities of the stores better – which after all is why these stores are better than Tesco, even though Tesco sells the new Iron Maiden album on vinyl.

Last argument why it is shit: 5. But if the buying audience for the day includes people who don’t normally come to the shop, that’s good isn’t it? If it includes people who say ‘vinyls’, that’s fine. For 5 pounds I will call it a vinyl. If people buy them just because they like looking at them and putting them on their wall, that’s fine. I used to covet those hanging display jackets that record shops have because I wanted to put mine on the wall too. Hey, my friend Michelle has loads on the wall BECAUSE SHE HAS SUNG ON THEM. I’ve got one on my wall BECAUSE IT’S AMAZING. Stop criticising people for liking the artifact and wanting to display it, you killjoy! And while you’re at it stop criticising people for not having a record player. Do you know how many records I had before I had a record player? I don’t either but it was definitely more than 30.

As a matter of journalistic balance I will now provide you with some made-up arguments why Record Store Day is good.

It’s been going ten years. In 2015 Forbes said vinyl sales have increased 260% in the last five. And Amazon said they sold more turntables than any other home audio product at Christmas. Would these things have happened without RSD? No need to phone the economists and management consultants. The answer is no.

I am not even going to say anything about reason 3 because I am going to buy some cool unusual collectible records.

By all means make changes to focus more on the stores – like, it is Record ‘Store’ Day after all – but congratulations to the people that invented it, job well done. And no doubt quite a few very skilled people’s jobs have been saved – skills without which we’d be a step closer to the extinction of vinyl. Anything that succeeds gets destroyed by the Big Business Monkey anyway unless you exclude it from the start, so if Record Store Day is to die, let the new thing exclude them and be even better.

In any case all the coolest people have moved on to cassettes.

*not actually my favourite band