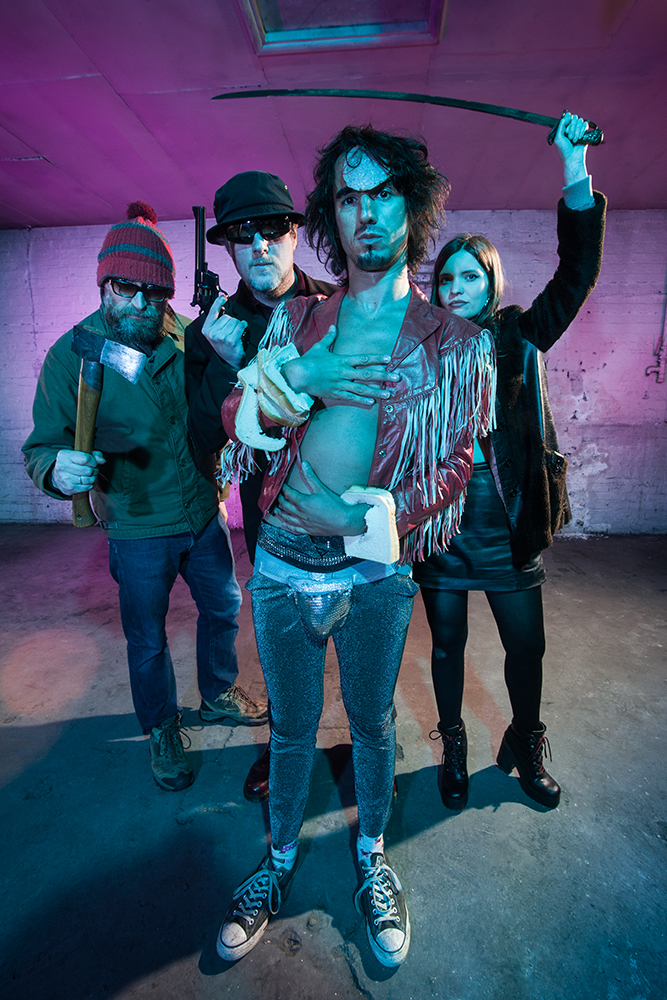 Following the release of their debut album Interplanetary Class Classics (Transgressive Records), The Moonlandingz share new single and video for The Rabies Are Back. Check out the video below.

The video, which sees frontman Lias Saoudi shave his face with a cumbersome razorblade (a blade attached to a rather large log) on the top of a windy hillside, is presented as “a representation of human struggle”. Discussing the track, the band stated that:

“In these seemingly 1970’s times of violent & hideous intolerance towards people of race, religion and culture, perpetuated by the over-zealous scaremongering of the right-wing press we wrote The Rabies are Back from the perspective of these little booze cruise Englanders, those Union Jack short wearing, Euro lager drinking, chicken masala swilling, Lidl shopping, hard Brexit cheering, refugee baiting, balls of contradiction.”

Furthermore, the band are prepping for a busy summer schedule, kicking things off at Glastonbury Festival on 27th June. Check out the rest of the dates below.