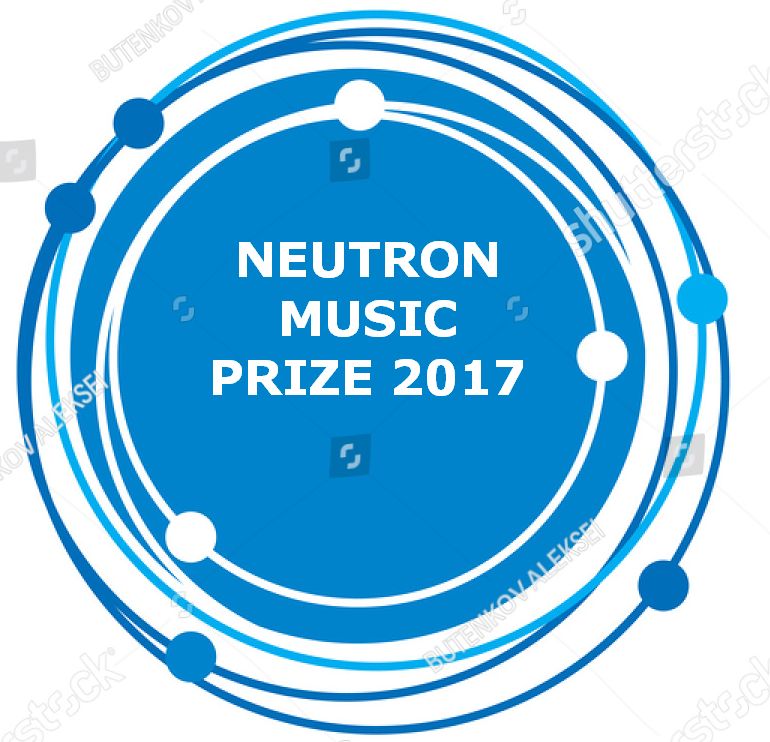 So the nominations for the Mercury Music Prize 2017 were released last week, and whilst it contained some good records, we were left with a feeling of slight disappointment at the obvious and corporate nature of the list. Maybe it’s down to how much you have to pay to even enter the Mercury Prize these days? Or maybe the point of the prize has become somewhat confused? When you consider it was once a prize that claimed to champion diversity, difference and the lesser known, Ed Sheeran’s inclusion is particularly baffling.

We decided to do our own alternative list, so here we present this year’s Neutron Music Prize shortlist, by no means definitive; indeed I am sure there are many other worthy contenders from various genres this year. But it’s a collection of super albums that were overlooked by the Mercury panel, which we feel deserve some acclaim and are worthy of your attention. We have taken the same criteria to select them: albums released between the end of July last year to the end of July this, by British artists. The winner will be announced the day after the Mercury prize is handed out. Here is our list:

World Eater is an exercise in building something expansive, lyrical and emotional from a deliberately limited palette. It’s a testament to realising that less can be more, that pointed restraint can open up fertile creative avenues. Power describes the album as a reaction to “recent global events [proving that] the human race is consuming itself”, while also maintaining that this is the closest he’s ever come to writing “actual love songs”. Personally, my heart beats in a clatteringly chunky, mechanical way, so if these beefy slabs of electronica are the love songs of the end of the world, bring on the apocalypse.(Andy Vine)

Counterfeit- Together We Are Stronger

If ever there was an album more vital for the times we live in now, this would be the one. This isn’t anger for the sake of being angry, this is frustration at the injustices of the world we know right now; this is the beginning of the fight back to restore things to how they should be, but we, they, whoever can only do it if we’re in it together. Actually, that seems to be a recurring theme throughout the album, with not-so-gentle nods to something personal, or at least potentially personal here and there; if anything, it only adds to the poignancy of the record.(Toni Spencer)

Maybe it’s just the rare sensation of having all my sad old 80s indie fan buttons pushed at the same time, but as the Gothtastic ‘Hollow’ storms out of the traps, sounding like no less a landmark than The Cure’s ‘A Hundred Years’, to be followed by ten more songs of equal brilliance, I feel like I did when I heard Doolittle, Bummed or Isn’t Anything for the first time – in the presence of genuine, tangible, indisputable greatness.(Tim Russell)

The album is packed with energy and ideas, the slow build of ‘Meta’ a highlight of an album full of them. Placid moments of Blade Runner-style soundscapes are intercut with jagged sparks of synth and thumping bass. There’s a lot to admire here, but just as importantly, a lot that you can dance to as well. And live they can deliver in spades, so don’t miss them. You’ll be hearing a lot more from Gallops if their newfound enthusiasm is anything to go on.(Andy Vine)

Once in a while a band form and completely reaffirm one’s love of music by making the point of making music, earnest and worthwhile. IDLES did just this with their album Brutalism. From the LP’s name, the cover, to the opening scream of “No surrender!!” you knew you were in for an absolute treat. The visceral ‘Mother’, the stop start of ‘Date night’, the clever (and hilarious) ‘Stendhal Syndrome’ and the honest and tender ‘Slow Savage’. IDLES do not take themselves seriously, yet their message is still one of anger, hope and a passion for change. This album is absolute bliss. (Ioan Humphreys)

Kelly Lee Owens crafts evocative soundscapes with subtle beats and deft handed use of layered synths and samples, each one contains a intriguing sense of space like small caverns being carved into your subconsciousness and your soul, modern, innovative and bold. Sure the ghosts of the early trip hop of Massive Attack or the more bass heavy trembles of Grimes may swirl through these tracks, but its Owens’ imagination and affecting voice that meditates and explores inner depths, that sets this album apart as rather special. Haunting, hypnotic and endlessly exciting, it’s one of this year’s most affecting sleeper hits. (Bill Cummings)

Initially masquerading as a ‘fictional’ entity, on their debut album The Moonlandingz proved that they are actually as real a band as you could ever wish for. Aping the B-52s on the likes of ‘The Rabies Are Back’ and channelling both Spiritualized and The Jesus And Mary Chain on the impeccable ‘The Strangle Of Anna’, the delightfully varied Interplanetary Class Classics is both gloriously trashy and intelligently crafted pop nirvana. Perhaps best of all is finale ‘This Cities Undone’ (sic), to which a certain Yoko Ono lends her not inconsiderable vocal talents. Staggeringly good from start to finish. (Loz Etheridge)

Profusion is a collaboration between K15, or Kieron Ifil, and Emeson. A collaboration in the sense that both men have great pedigrees and achievements already before this record came into being. K15 has a track record of working in different forms such as house, jazz, soul, hip-hop and techno. Even if you’ve never heard these projects, they have all rubbed off on this album. Emeson has also worked across a multitude of genres and is also a successful actor, having appeared in Rogue One: A Star Wars Story and various Marvel comic adaptations to name but a few projects.

Here is an album that melds all manner of music – from jazz to hip-hop to drum’n’bass and electronica, ultimately coming up with an album that is, above all, soulful. It feels utterly contemporary, whilst drawing on a range of influences that might loosely be termed ‘urban.’

This is a record which is for the heart and feet, to chill to on summer days (good luck with that for our UK readers!) or snuggle up with on winter nights. It feels like it is a continuing lineage of a number of classic records – Massive Attack’s Blue Lines and The Streets‘ Original Pirate Material, certainly, with nods to both Burial and Zero 7.Utter bloody brilliance.(Ed Jupp)

Geordie folk troubadour Richard Dawson has already been snagged of a Mercury nomination. Back in 2015 his acclaimed four-track oddity, Nothing Important failed to make the cut. So, the exclusion of his latest experimental masterpiece Peasant is even more perplexing. It’s an album that shows off Dawson’s distinct knack of pushing the listener into dank, dark, strange territories that can often feel uncomfortable or even enlightening. Tracks like ‘Begger’, ‘Weaver’ and ‘Scientist’ recount the lives of people in early North East England through a twanging, spiritual and wonderfully complex soundtrack dictated by Dawson’s howling, off-kilter vocals. It’s an absolute triumph of thoughtful British songwriting basically. (Nad Khan)

Ronika has developed something very special on Lose My Cool. The song writing is deceptively simple and the production is so rich and textured that it could be peak Neptunes or The-Dream. She draws inspiration from the past whilst pushing her sound forward. She’s a pop-obsessive who has made a record ideal for pop-obsessives. When talking about making this record Ronika said, “I’ve been drawn not just to newer sounds but those classics who’ll be eternally cool, and each generation will revisit.” She’s done just that, and Lose My Cool is an absolute triumph.(Jonathan Wright)

Siobhan Wilson – There Are No Saints

Siohan Wilson produces the kind of heart-on-sleeve stuff that will see her performing on successively larger stages over the next few years. Songs like ‘Disaster and Grace’ offer simmering hymnals to both the former and the latter, attempting a discourse at what might be found at the intersection of the two. Because what is grace, if not the ability to navigate and refashion one’s own disasters in a more elegant form? ‘Fake it till you make it’ is the popular expression, though I’m no longer convinced there’s much distance between those two either. And if we’re all faking it – putting on our best smiles and acting like grown-ups till the day we finally die of embarrassment – we can at least aspire to the transformative grace of Siobhan Wilson.(Matthew Neale)

One suspects that, had this record been made in 1976, people would still be talking about it in hallowed tones even now. Spectacular harmonies, masterly musicianship and a blissful warmth are omnipresent here and the arrangements, oh the arrangements, well, just listen to the magnificent retelling of the legend of ‘Mazeppa And The Wild Horse‘ or the soaring beauty of ‘I Leave No Traces‘ and that should leave you in no doubt about this band’s potential to be giants.

“Some say love’s a crime / I say love won’t be denied” sings Pepper on the Carpenters-like finale ‘Universe To Find‘ and quite frankly, it sums the whole thing up so neatly that I don’t have to. Bloody hippies…(Loz Etheridge)