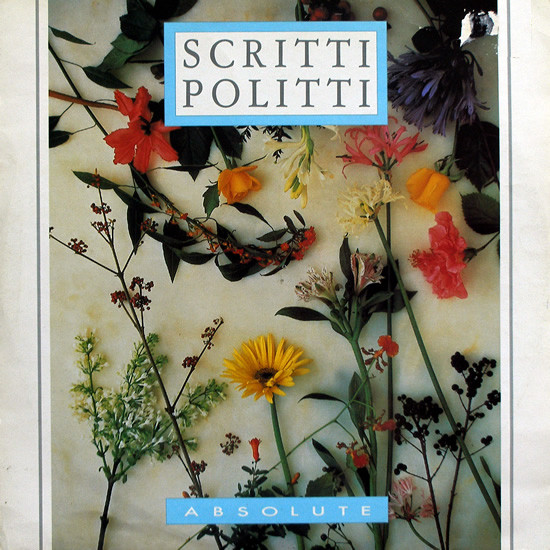 Scritti Politti are one of the key artists prominent in the 80s who have become a common reference point for some of the best and recent pop and R&B records (along with Prince, Michael Jackson, Madonna and Sade). After starting out as a Marxist inspired ragged post punk group in the late 70s, Scritti Politti’s leader, Green Gartside became obsessed with early 80s hip-hop and R&B that became the main focus of his musical ambitions. These influences helped him change style and create a brand of pop music that’s always been hard to categorise.

In 1984 Gartside recruited the famous soul/disco producer, Arif Mardin to help his vision come to life. Over the next 15 months Scritti Politti released a string of excellent singles that started with their first top 10 hit, ‘Wood Beez (Pray Like Aretha Franklin)’. These releases led to their flawless second album, Cupid & Psyche 85. Over three decades later, it’s still a masterclass in polished production and exquisite songwriting. The best of the four singles that proceeded the album was, ‘Absolute’ which hit the top 20 in the summer of 1984. 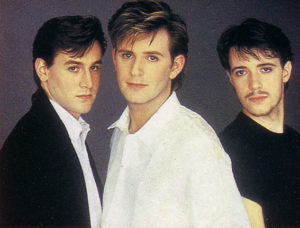 There a number of elements that make ‘Absolute’ such an incredible single. As with all their material from 1980’s,‘The Sweetest Girl’ onwards, Gartside’s angelic voice is smooth and utterly irresistible. The song starts with a lone sparkling synth accompanying Gartside as he sweetly sings, “Absolute, on power drive, I need you so to keep me alive. Absolute, I long for you, a girl to make a dream come true” His lyrics were somewhere between Martin Fry’s intellectual romanticism and Paddy McAloon’s more abstract wordplay as he later sings, “Where the words are vodka clear, forgetfulness has brought us near. Absolute, a principal, to make your heart invincible”.

After the dreamy intro a booming drum beat comes in that is pure Jam & Lewis. The beat is surrounded by an intermittent funky guitar and an array of dazzling synths that interplay with the rhythm with thrilling results. The song’s bridge is dramatic and is a beautiful contrast to the song’s sweet melody. The touches of lush backing vocals add another layer to this gorgeously detailed song. When the solo arrives, the weird mix with chiming bells and low glacial keyboards are abrupt, yet they sound elegant and don’t feel out of place in the slightest. This a classic song for headphones or a good set of speakers so you can hear every little sound that feel essential to this sublime single.

Despite Gartside’s frustratingly slow approach to putting out new releases he has continued to make music that still manages to surprise. His 2006 album (and last album to date), White Bread, Black Beer was a different sound to Cupid & Psyche 85, but was also on the same level of brilliance. Despite this late career triumph, Scritti Politti have yet to top the majestic, ‘Absolute’. It isn’t just an example of great 80s pop, it’s a lesson in how to make a complex arrangement sound joyous, catchy and completely timeless.