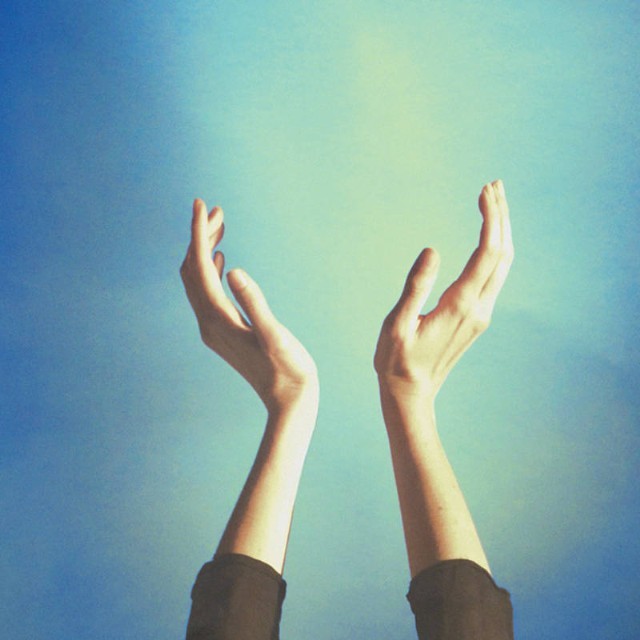 The world of pop music, both fans and media alike, sometimes has a maddeningly short attention span. New bands can be pounced upon, heralded as ‘the next big thing’ and then swept aside after their debut album.

Arguably, this is what happened with Cults, the New York duo made up of Madeline Follin and the wonderfully-named Brian Oblivion. They appeared seemingly from nowhere with the brilliant indie pop of ‘Abducted’ back in 2011 (though they had a couple of independent releases under their belts by then) and had a well-received eponymous debut. A couple of years later, they put out the equally great Static which went all but unnoticed and got nowhere near the acclaim of that first album.

If there is any justice in the world, this trend is about to be spectacularly reversed with the release of the band’s third album, Offering, which is much more pop than indie.

Surprisingly, the title track opener was apparently recorded on the very last day of the albums studio sessions, and both Oblivion and Follin independently decided that ‘Offering’ needed to be the name of the record. It’s a deliciously commercial song, and like much of the album hits the sweet spot between Chvrches and Annie.

New single ‘I Took Your Picture’ follows, and according to the band is inspired by the 80s power pop of bands like The Motels and The Cars. It’s another very strong statement of the duo’s classic pop direction, a sound that was always part of their make-up but is certainly more to the fore on Offering.

Elsewhere, ‘Right Words’ starts with the memorable couplet “Right words / But I say them at the wrong time” and is another brilliant tune, pulsing electronics gently complementing Follin’s superb vocals, which at once come across as desolate and uplifting. ‘Good Religion’ takes the tempo down and appears to be a tentative memo to a friend who finds a new faith. It disappears gently into muffled haze, giving way to the gorgeous ‘Natural State’ which, like much of the album, makes subtle yet effective use of vintage synths, also provided by Follin (who additionally contributes drums).

Offering was apparently recorded in an unhurried, organic way, and it shows; the quality of songwriting here is fantstic – stick a pin anywhere in the album, (not literally, especially if you are getting the vinyl), and you will find a potential single. If the band had been around 20 years previously, they would surely have been regulars in the UK Top 40.

‘Clear From Far Away’ has a little touch of Stereolab about it as it chugs away, and although it is hidden away as the penultimate track has a decent shout of being the best song on the record (certainly, it’s the biggest grower) and closer ‘Gilded Lily’ is the perfect ending to the record, again melancholic at the same time as being upbeat, which isn’t an easy trick to pull off.

With Offering, Cults have returned with a very strong set of songs, gloriously produced. Recommended!

Offering is released by Sinderlyn on 6th October 2017.