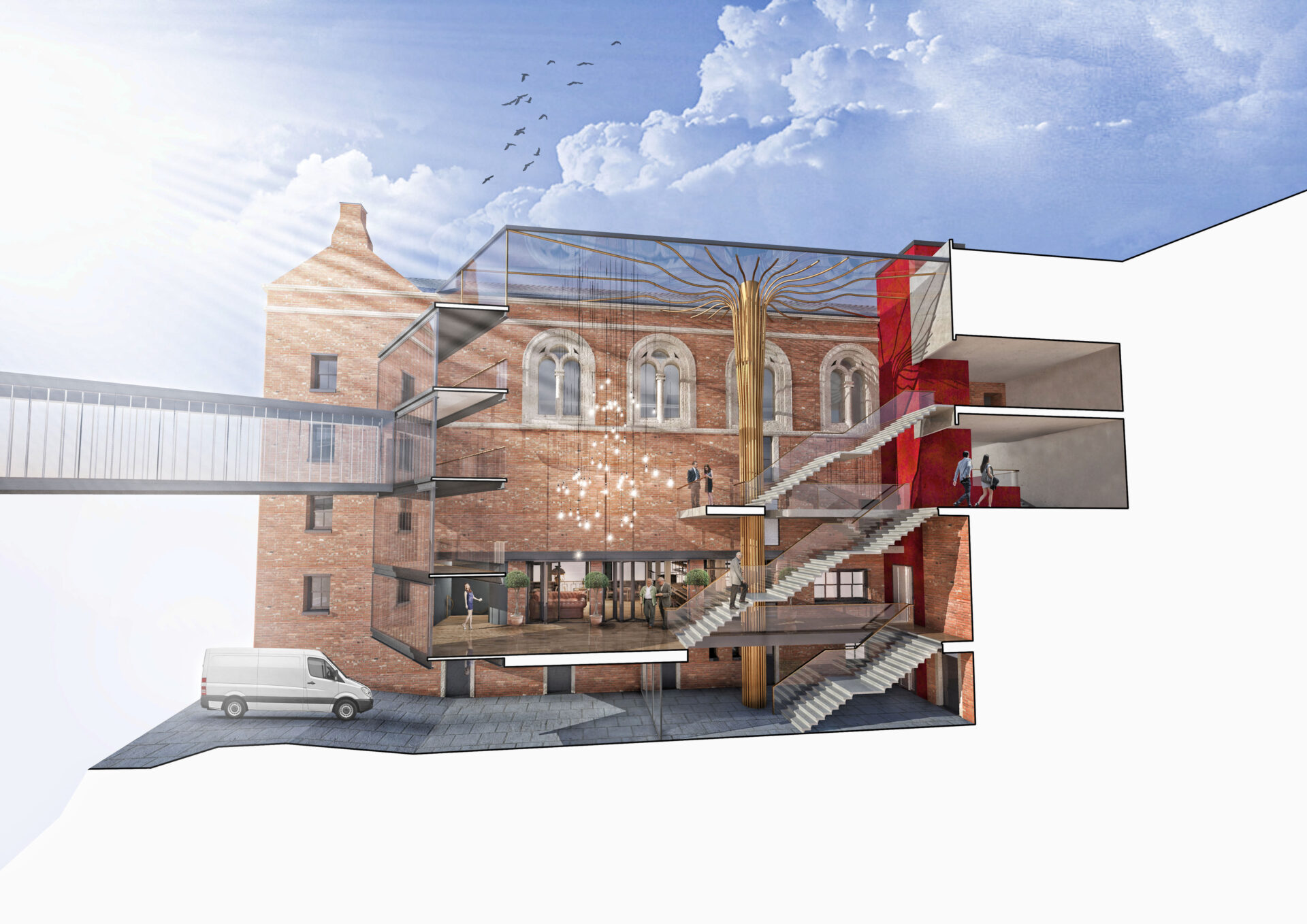 Based in Leeds, Opera North is England’s award winning national opera company in the North. And it has just announced some incredibly exciting and ambitious proposals for a redevelopment project which will create a world-class centre for the arts at the company’s home theatre at Leeds Grand Theatre in the very heart of the West Yorkshire city’s resurgent Grand Quarter.

The plans will create improved facilities for audiences and artists, as well as a new Education Centre to house Opera North’s extensive programme of arts activities for children, young people and families.

An expanded artistic programme will increase the number of performances, gigs and events that are already held at the Howard Assembly Room, the former assembly room within the theatre that was restored to its original Victorian splendour with a barrel vaulted ceiling, arched windows and gothic motif decoration and which will celebrate its 10th anniversary in January of next year.

Support from Leeds City Council’s Executive Board has already been obtained but Opera North is now seeking planning permission for these proposals and as part of that process all interested parties are invited to attend a public consultation event on the capital redevelopment project, which will be held at the Howard Assembly Room on Thursday 26 April, from 5.30pm – 7.30pm.

Main image: an artist’s impression of the new atrium and access to the Howard Assembly Room.