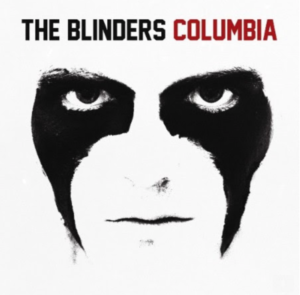 If ever there were a time for heroes, it be now. A band to speak to and for the disaffected, disenfranchised youth about to be trampled on by the aftermath of us adults screwing up their future by withdrawing from the EU and leaving them with a “no deal” Britain that ensures they’ll be working until they drop and the word ‘pension’ will become as obsolete as pronouncing the letter “H” as it is spelt.

Enter, The Blinders. Three lads from Yorkshire who circumnavigated writing about a girl or a boy, love, being cheated on, being dumped, rinse and repeat by channeling their vitriol about the world they live in into their music.

You can’t help but feel though, that things have moved on a bit in guitar music since The Blinders recorded this album. Unfortunately for them, it’s only been in the past few months that a seismic shift has occurred and Idles have perfected the politically charged lyric by adding cathartic self reflection and approaching topics like toxic masculinity and self loathing, coupled with raw punk that hits home with punch the air sing a longs and an emotion that propelled them into the Top 5 of the album charts.

The Blinders have taken Arctic Monkeys “AM” heavy guitars and riffs, coupled it with a grunge bent and taken a stab at current affairs in a generic roundabout way but still using opening gambits such as “I fornicate with women in my head” Eurgh.

Lead single ‘Brave New World’ is an attempt at a glam stomping Kasabian psychedelic riff where they opine “Oh to be, from the land of the freeeeee” as if we have in fact begun the dystopian future. They might be right. Maybe this is the beginning? Fake News becomes anti – leadership propaganda. The far right against the far left. Help!
“Rat in a Cage” has a nice bit of harmonica, threatening a bluesy number, but it fizzles out a bit into a sub “Round Are Way” plod.

Finale “Orbit (Salmon of Alaska)” begins like Razorlight’s “In The City”; an almost spoken word rhetoric, cramming in as many syllables and words he can spit in one bar.

As with the majority of this record, the lyrics are all based in metaphor, it’s a little hard to understand what he’s really talking about.

Early single “Swine” from 2016 was loud and furious, Alex Turner turned up to 11 and a live, impatient feel that made it exciting and vibrant. With Columbia the record label has brought someone in to produce the fuck out of it. There’s a sheen that was missing and it does them no favours.

The premise is a fictional boy called “Johnny Dream” and his journey through life, as he navigates the back lanes and the concrete jungle of…of….his home town?? Let’s assume it’s at least semi-autobiographical, are they worried about being quite so open about their fears, hopes and dreams? We’ve entered a period of human existence where anything goes, you can be anyone, talk about anything and think anything (as long as it isn’t liking Brexit). The forum is open to be vulnerable and less macho and to talk. You feel that they missed the boat and life has moved on.

Lead singer Thomas Haywood is very impassioned, part angry part desperate, but it’s maybe a little muddied in the delivery. At times it’s crying out for something extra, a guitar hook, a backing vocal, there are lot of head down, one tempo tunes and a lack of different rhythms.

If they are trying to appeal to as many as possible then they are in danger of losing their identity; are they punk, hard rock, indie. It approaches the landfill slowly and they need to pull back from the precipice.

Columbia is out now on Modern Sky.