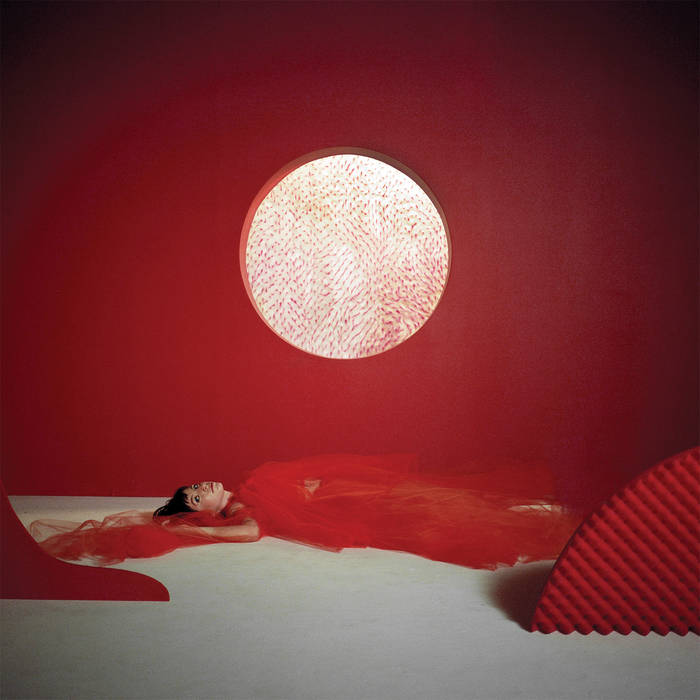 For Ian Sweet following up a deeply personal and (with all the friction within the band), mentally exhausting debut album like Shapeshifter was never going to be a breeze. Indeed, the person behind the moniker, Jilian Medford, has said in interviews that she barely remembers writing some of the songs on that 2016 album, as she was in the grip of what was later diagnosed as anxiety and depression. Singing about hard-hitting subjects that revolve around abusive relationships, mental health and self-doubt carries a price. Even more so if you’re effectively living with all that too. It puts the cliche ‘difficult second album’ into perspective and highlights the relationship between adversity and creativity. How do you give even more of yourself? Is that really the answer?

Not for Medford. Returning to her solo roots on second album Crush Crusher, Medford reclaims Ian Sweet’s identity for herself and seems to find peace in that process.

Crush Crusher has just one certain premise: we’re all screwed up in some way, and always have been so. It’s our inability to accept this basic aspect of humanity that is the issue. Like when we decide others are less deserving, unworthy, incapable or powerless because they are ‘imperfect’, or don’t hold up to our idea of who they should be. Sometimes it’s easier to go along with the distorted version of what’s really going on than it is to call it out.

Opener and lead single, ‘Hiding’ toes the crumbling cliff edge of a relationship, sure-footed at first, before being taken by a devastating wash of guitar noise and panic. It’s Medford’s reminder to herself never to lose sight of who she is. A lucid, chilling (literally, it was written in a freezing Brooklyn apartment in between tours) shake up, ‘Hiding’ sets very high expectations for the rest of the album. ‘Spit’ (one of our singles of the week) pumps out a rolling cloud of shoegaze riffs, wide open, dissonant chords and lilting refrains that push against a complex battery of drums. The tentative ‘Holographic Jesus’ skitters around, holding back the desire to completely blow everything away as Medford sings “The sun built me to shade everybody”. The song embodies the sentiments explored throughout Crush Crusher, of being strong for everyone else, while sometimes neglecting your own needs. Up next, purposefully laconic ‘Bug Museum’ is sticky and raw but plays almost like an interlude between the previous track and ‘Question It’, itself a soup of reverb, framed by frenetic beats that drag it down into madness.

However, the cohesion that was so strong in the first half of the album begins to unravel in the second, despite the last couple of songs. It’s as if its personality gets lost and deflected in a dazzling hall of mirrors. This could be intentional, given the introspective slant of ‘Crush Crusher’, a song about self-sabotage and protecting yourself from potential hurt by refusing moments of joy. The title track contains some fascinating elements, like the gated drum machine rhythms and surprise lead melody that cuts violently across the vocal. Given some space, Medford’s voice is the principal instrument for the biting self-disclosure of ‘Falling Fruit’, but this eventually gives in to the track’s expansive sound. Even the maelstrom of Medford screaming “I don’t know if this is what I want” competes with the rising water levels. Where Shapeshifter sometimes obscured Medford’s voice through effects or its position in the mix, paradoxically it always felt strong and impactful even under the strain of heavy lyrics. That strength is present on Crush Crusher, just dialled back, perhaps reflecting its different artistic direction, but you can’t help feeling there’s so much more to hear somehow.

When Medford is as clear and direct as on ‘Ugly/Bored’, (“I forgot / Did I ever ask what you thought about the day / We fucked in the parking lot?”) it has the effect of leading us through the irreconcilable psychic maze she creates, rather than leaving us to find our own way. Musically, while there are enough surprises and intense twists to keep things marching on, the high points happen when the psych rock turns into something more subtle and we are exposed to the full cognitive dissonance of Medford’s words. The dream pop haze of ‘Your Arms Are Water’ is rich with metaphor and insight into the strains on living with someone else’s anxieties. “You got lost and I was scared”, Medford repeats, leaving a doubtful imprint on the longevity of any close relationship when it becomes too toxic. This lyrical ambivalence is what Ian Sweet does so well; sometimes just hinting at things that we should pay attention to, other times going in for the sucker punch.

Despite its downsides, Crush Crusher is a carefully crafted, welcome reprise for Ian Sweet as a solo artist and finds Medford at her most self-analytical and reflective. Those honest reflections are sometimes lost to the album’s harsher moments, or held in tension like opposing sides. When it works, it’s heavenly, uncomfortable, devastating and uniquely personal.

Crush Crusher is released on 26th October, 2018 through Hardly Art.