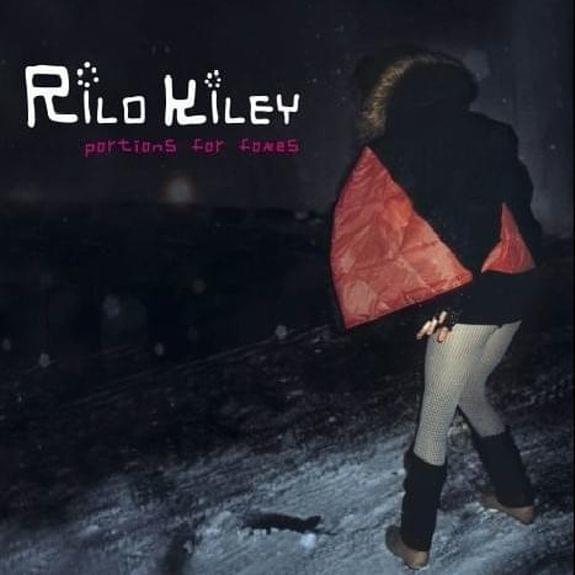 This review rambles on a bit but stay with me; there is a story in here, somewhere.

It is the release of her fourth solo album this month and the return of Jenny Lewis to the UK this summer that got me thinking about Rilo Kiley, a band that took years establishing its reputation, was just about to become “the next Fleetwood Mac” according to Spin Magazine, and then suddenly split up, in 2010.

But first permit me to digress a little. In the early part of the 2000s I entered into a contemporary musical fallow period in which I pretty much lost interest in it and despite the fact that some of the bands I was later to follow were going through their formative period, unbeknownst to me. Only three songs stuck in my mind in the period right through to 2006. One was Natasha Bedingfield’s hippy-hoppy ‘These Words’, and another Christina Aguilera’s ‘Beautiful’, which was, and is, although actually written of course by the still hugely underrated Linda Perry, of 4 Non Blondes.

The last one was Amy Studt’s ‘Under the Thumb’. You’ve probably never heard of Studt, a wunderkind from Bournemouth, daughter of a guy who conducted the London Symphony Orchestra, and who signed to Simon Fuller’s (Spice Girls, Annie Lennox, Amy Winehouse) management company and to Sony, and then to Polydor when she was just 15. She was dropped by same label two years later, after which it was all downhill.

A pure pop artist with a fantastic ear for a tune, Studt had a succession of mental and physical problems throughout her 20s though she is still playing and recording. Perhaps one day she’ll feature properly in these pages. I hope so.

OK, digression over. That brings us to early 2006 and a chance reading in my father’s Mail on Sunday of Tim de Lisle’s (the best music reviewer in the UK) two lines (that’s all it took) on Fiona Apple’s and Jenny Lewis’ “intelligent pop”, both of them having just released albums. It put an end to the enforced isolationism.

In Lewis’ case it was her solo debut album, the sublime Rabbit Fur Coat, a masterpiece of country and western and gospel recorded with angelic sisters The Watson Twins, which cast her firmly as a singer-songwriter and from which she never looked back. Future albums didn’t quite come up to that mark (had Jenny stuck with that format she’d be a global star by now) but it spelled the end for the band for which she was the front woman, the folk-cum-indie pop Rilo Kiley.

Her second album, Acid Tongue, contained some great tracks but also some that weren’t, including an embarrassing duet with Elvis Costello. Then came an even more embarrassing liaison with boyfriend Johnathan Rice as ‘Jenny & Johnny,’ (similar to the ‘She & Him’ pairing of Zooey Deschanel and M.Ward). Lewis had gravitated as far away from both Rilo Kiley and ‘Rabbit Fur Coat’ as it is possible to get and stayed in that zone in subsequent album The Voyager (2014). ). I won’t elaborate on her 2016’s band Nice as Fuck, with its only release, the single, ahem, ‘Nice as Fuck’.

Her fourth solo album, On the Line will be released on March 22nd with contributions, inter alia, from Beck, Ryan Adams and Ringo Starr and with a final track called (with deliberate irony?) ‘Rabbit Hole’. It might be uncharitable to suggest that her solo career is on the line but there will be close examination of the line she takes with this one.

The Las Vegas-born Lewis had moved on from her childhood acting career to pursue her parents’ choice instead (both were casino show cabaret singers) in California. Rilo Kiley was formed in LA’s trendy Silver Lake district in 1998, where Lewis lived before becoming a real-life San Fernando ‘Valley Girl’ in Van Nuys, and their first album, Take-Offs and Landings, was released in 2001. Three more albums followed the last of which was Under the Blacklight in 2007.

To cut to the chase, Rilo Kiley (the name has never been satisfactorily explained and each band member seems to have a different opinion on its origin) was about as close to a perfect guitar band as you can get, uniting the cutting sarcasm and irony of Lewis’ lyrics (together with the sardonic wit you’d expect of a personal friend of Sarah Silverman) with the guitar mastery of Blake Sennett, one of the U.S.’s unsung heroes of that instrument.

That’s not to underestimate the contribution of other band members, Pierre de Reeder on bass and two drummers – Dave Rock and Jason Boesel, who features here – it’s just that Lewis and Bennett were made for each other (they did date for a while), and Sennett had himself been a child actor and may even have appeared on the same TV show as Lewis. You can sense the empathy during their performances.

Blake Sennett, in my humble opinion, is one of the most virtuoso, deftly skilled guitarists performing today. He moved on after Rilo Kiley, working with and around some of the many other bands on the California circuit including the likes of The Elected and The Postal Service, with which he has a long association. Ditto the other band mates, de Reeder, Rock and Boesel.

Sennett in particular, and with all due respect to these other bands, is wasted. I know he is held in huge regard in California and the wider U.S. After her show in Manchester last year I chatted with Steady Holiday (Dre Babinski) who has worked with Sennett in The Elected and is clearly in awe of him. Had Rilo Kiley stayed together they would by now have become the new Fleetwood Mac, and then some.

It’s tricky to choose an inarguable pop classic Rilo Kiley track, there are so many good ones. I was tempted to go for ‘The Execution of All Things’ from the album of the same name, but I opted for the one that most people instantly associate with the band, ‘Portions for Foxes’, from third album More Adventurous.

Like the band’s name, the origin of the track’s title is unknown. In the King James Bible, Psalm 63:10 translates as “They shall fall by the sword: they shall be a portion for foxes.” That’s the best I can offer.

So, with Jenny’s career on hold unless she gets back on track with this album, and the other Rilo Kiley’s marking time it would be just dandy if they could find the means to get together again. I sometimes feel like I’m watching an episode of that David Renwick BBC comedy ‘Love Soup’ from around 10 years ago, when the two main characters, who were also made for each other, came close to meeting in every episode but never quite got there.

A few years ago there was a ray of light, when Blake Sennett appeared on stage with Lewis at Coachella, but realistically there’s more chance of Nigel Farage dating Anna Soubry than of Rilo Kiley getting back together. Which is a shame. But never say never.

“I keep on talking trash, but I never say anything…” Thanks Jenny, I’ve been looking for a slogan!

There’s a place, I think, for this live performance here: