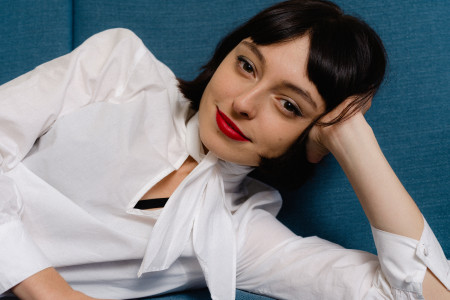 2019 has been a superlative year for music, so much so that I struggled to keep my list down to twenty songs. Here is my selection of the known and lesser known, I hope you enjoy. I am working on a longer podcast for after Christmas.

Stella Donnelly’s debut album Beware of the dogs was a neat balance of more upbeat jangle pop songs, influenced by her years learning guitar to Billy Bragg records, in fact, at times you can hear echoes of his Don’t Try This at Home album, or a shinier version of C86 bands of yore. This is most symbolised by the shimmering and tuneful ‘Old Man’, Stella calling out pervy men (like Woody Allen) who take advantage of their power; its effortless tune and lilting vocals are barbed in Stella’s trademark wit ‘your personality traits don’t count/if you put your dick in someone’s face.’. Gorgeous.

Despite the fact that Lizzo has been a coming force for many years now, ‘Juice’ is the single that put her on the map this year. Effervescent, insatiable and soulful, hitting that sweet spot between Motown and disco with a side order of hip hop. Lizzo’s personality is stamped all over this tune, her body positive message of self-love lends it a message as well as an almighty bounce.

Hatchie – Without a Blush

Hatchie’s debut album Keepsake inhabits a space between crystalline synth pop and the dream pop sounds that she’s become synonymous with, it’s an album that offers greater rewards and emotional depths with each listen. The first single ‘Without a Blush’ is a snapshot of her shifting direction, its punctuated synths, sighing loops and percussive plunges are reminscant of Curve and are garnished with her effortlessly bittersweet melodies, her quivering tone pulling you into its attempt to recapture a moment of love.

Held together by Emily Lansley’s bass guitar, Luciana Mercer’s drum kit, Rebecca Hawley’s synths, and the trio’s fabulously balanced deadpan conversational delivery with singalong three-way melodies and then wrap it all in a bubbling synth-pop tribute to dancing on glitter ball dancefloors.

Despite the processed sounds, there’s a down to earth quality to the work of Stealing Sheep that lends their pop music a certain Liverpudlian charm and side-eyed wit.

‘Rechargeable’ taken from the mysterious outfit Snapped Ankles album Stunning Luxury is a throbbing motorik rhythm is charged with voltage by jabbing keyboards and increasingly frantic Gang of Four-esque vocals that scream ‘we need a pulse’ colliding with the absurd synth wave energy of Devo. Its a call to ‘harness the kinetic energy of dance to push against the rigid continuity of the daily routine.’ Insurgent, belligerent slightly odd and frankly brilliant.

With ‘Starry Eyes’  Potty Mouth wraps a sardonic, anti-love song in a shimmering immensely addictive kickass tune, that wouldn’t sound out of place on Hole‘s Celebrity Skin album, smeared in hooky dream pop with an edge. ‘In a way I’ve been doomed/ since the day that I met you’ sings Potty Mouth frontwoman Abby Weems, with irony and fruitlessness of a doomed relationship. Watch the charming animal themed video below.

Like spying a flash of hope in a grey world. Woven with rushing euphoric melodies and a tapestry of epic guitars. Absolutely fantastic!

First of all, this Swedish band have a great name. This gorgeous single shimmers and sways with elegant vocals and anthemic dreamy quality that has us enraptured. The twinkling and bountiful chorus is a sheer delight too. This is a wonderful song about keeping hope in your breast amidst the chaos.

Brilliant “crisis funk”, a floor filling bricolage of post punk and electronica threaded with trad Mediterranean grooves. Insanely catchy and threaded with bilingual vocal sparring that meditates on everything from Greek political crisis to being human and trying to act with empathy with your every action. Insidiously excellent.

Manchester’s LOFT, aka Aya Sinclair, produces a barking, quite bizarre yet utterly thrilling electronic music that turns your expectations upside down in a way Aphex Twin can. A frantic tapestry of chirruping beats gives way to woozy synth blooms, swelling into a glorious ambient crescendo powered by accelerating breakbeats and sun washed bass.

Hailing from Cardiff, Rosehip Teahouse’s ‘Same Sky’ captured our hearts earlier this year. ‘You know I love your ankles as much as your face/but you’ll find someone else’s eyes to care about‘ is on the face of it a slightly unusual proclamation, yet set to this gleaming wistful indie-pop gem, that encapsulates gazing longingly into your crush’s eyes, it’s a swooning delight. A catchy paean to unrequited love, ‘Same Sky‘ makes you feel as snug as being wrapped in a blanket next to a roaring fire, it’s a soundtrack for hopeless romantics everywhere.

Bright, inventive and skittering through delightful synth parts, a pot pori of samples and playful loops. ‘Watermelon woman’ is a statement of confidence, a floor filler of intricate quality.

Boasting elegant strutting instrumentals, mournful strings and two-handed boy/girl vocals. ‘Be Strong Smoke Less’ is life-affirming, infectious, indie pop that’s swelling anthem puts a hand on the shoulder and tells you are doing your best and everything is going to be alright.

Fusing a laid back groove, with a soulful harmonies and an introspective and self-aware rhyming, fresh, funky and forensic. Little Simz on absolutely fine form.

The opposite to the haunted folkishness of UFOF, this scorching cut fizzes with intensity and frazzled Neil Young-esque on a rhythmic loop. Zooming in on the microscopic moments that make us human, as the globe spins. ‘Not‘ seeths with a powerful presence, yearning vocals and caustic guitars. Awesome.

An exploration of what it means to be Black and British in 2019. Piercing prejudice and racism reclaiming the word Black as a form of power, lineage and depth. Absolutely essential.

From the exquisite opener and title track, Norman Fucking Rockwell is Lana Del Rey’s crowning achievement. Accompanied by just a stark piano motif, Del Rey has never sounded so captivating, mockingly puncturing the myth of a manchild, a tortured artist and a partner. From there its a sublime and stripped back excavation of love, loss and the Hollywood dream, her voice sounding absolutely outstanding.

‘Medicine’ begins with a gorgeous circular piano motif that’s laid with Andrew Eaton-Lewis‘s naked vocals replete with brittle, wistful refrains that switch from a gentle intimacy (“we only have each other to hold/We only have each other to blame”) that’s punctured by longing crescendo (“music doesnt help any more/music is the only thing that helps”) and framed in mournful accordians and strings. You could compare it to the sensitivity and universality of R.E.M‘s ‘Nightswimming’ or The National‘s ‘Fake Empire‘, but comparisons are probably fruitless.

The Isle of Lewis songwriter opens up the ribcage of what makes music and songwriting is so essential to our lives, and how it can sooth us as we go through grief or about our daily struggles, but also open up old wounds.

‘Cellophane’ was the first tantalising glimpse of FKA Twigs second album; the follow up to her 2014 debut, LP1. FKA Twigs’ extraordinary vocal performance that cradles you and rocks you into a trance, with distant echoes of Kate Bush or Sia her shivering high register swoops, piercing the subtly shifting contours of ‘Cellophane’.

It might conjure up the feeling of a lullaby but this is FKA twigs shattering excavation of self-identity and the performance we put on in everyday life to protect ourselves, stripping away the pretense to reveal a snapshot of both her artistry and her vulnerability as a human being. The video offers a vital visual counterbalance to the song’s lyrics (“Didn’t I do it for you? Why don’t I do It for you?”) with a depth of meditative power like floating off into a realm of self-discovery, ‘Cellophane‘ is affecting, mesmeric and touching.