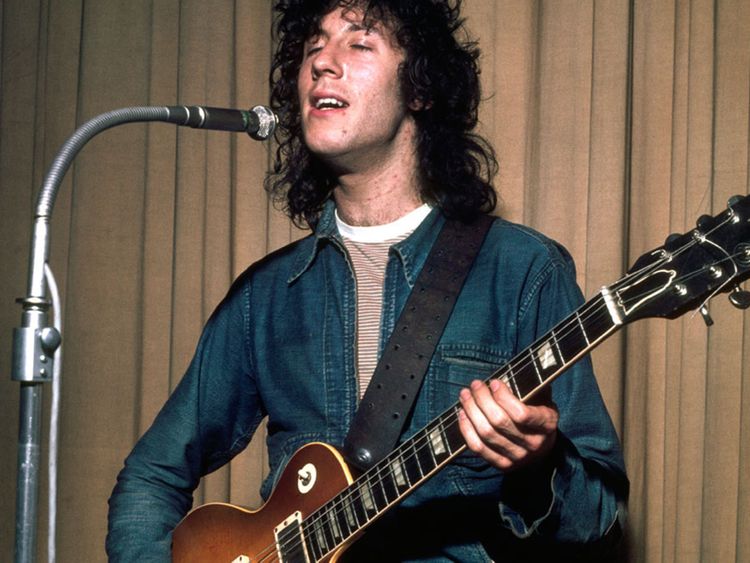 Peter Green, co-founder of Fleetwood Mac, has died at the age of 73. A statement from solicitors acting on behalf of his family confirmed the news: “It is with great sadness that the family of Peter Green announce his death this weekend, peacefully in his sleep. A further statement will be provided in the coming days”.

By the time that Peter Green had formed Fleetwood Mac in 1967 alongside Mick Fleetwood, John McVie and Jeremy Spencer he had already served exquisite time in John Mayall’s Bluesbreakers (replacing no less than Eric Clapton in the legendary British bluesman Mayall’s band) and is rightly credited with being one of the most significant figures in the resurgence of the blues movement in this country in the ‘60s.

It is for his time with Fleetwood Mac, though, that Peter Green will be most remembered musically. He is the man, after all, who wrote ‘Albatross’, ‘Black Magic Woman’, ‘Oh Well’, ‘The Green Manalishi (With the Two Prong Crown)’ and ‘Man of the World’ all of which graced the UK singles charts (‘Albatross’ reached number 1 in January 1969) and to this day surely remain some of the greatest songs ever recorded.

Peter Green played his final show with Fleetwood Mac in May 1970 having become disillusioned with the music industry and following a decline in his mental health, a position compounded by his ingestion of psychedelic drugs, most notably LSD. Tales of how he then gave away nearly all of his money and mostly retreated from public view for decades, a period during which he grew his fingernails to such a length that he could not even play the guitar are the stuff of legend.

There were professional appearances during this period – he released a string of solo albums in the late ‘70s and early ‘80s – but it wasn’t until the late 1990s that Peter Green re-emerged more fully in public courtesy of the Peter Green Splinter Group, a band he formed with the assistance of Nigel Watson and Cozy Powell.

I saw Peter Green perform during this period at the Victoria Theatre in Halifax, West Yorkshire, supporting his old bandleader John Mayall. As an experience it was both a blessing and a curse. An absolute privilege to have said I had seen him play, but the man was clearly not in great emotional shape that particular night and it somehow felt intrusive to be there witnessing the show. To his credit, though, he rallied when Mayall joined him on stage for a blistering encore of Robert Johnson‘s old blues standard ‘Sweet Home Chicago’.

Peter Green once more disappeared back into the musical shadows about a decade ago. Earlier this year Mick Fleetwood held a tribute concert at the London Palladium to honour Green and his musical legacy. The special guests he assembled for this concert included David Gilmour, Christine McVie, Pete Townshend, Bill Wyman, Noel Gallagher, Billy Gibbons from ZZ Top, Aerosmith‘s singer Steven Tyler, and Kirk Hammett from Metallica, confirming the wide range of influence that Green had and the greatest esteem in which he was held.