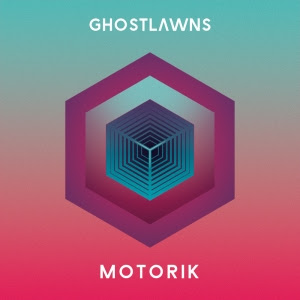 Ghostlawns release their debut album Motorik through Bandcamp and streaming services on 30th October 2020, today we debut the entire album, listen below.

The Cardiff group recorded with renowned producer Charlie Francis (REM, Robyn Hitchcock), the album will be released through SUB Records.

There are a limited number of CDs available for purchase through the Ghostlawns Bandcamp page. Their album taster ‘Y Gorwel’ and singles ‘Breaking Out’ and ‘FFOI’ have received international radio play, including on the BBC, across the UK, US, Canada, South America, Australia, France, and Germany.

The band is a dynamic part of the Welsh music scene, with members playing in bands including Right Hand Left Hand, Gulp, Gentle Good, Cotton Wolf and with Can legend Damo Suzuki on stages across the UK, Europe and the US.