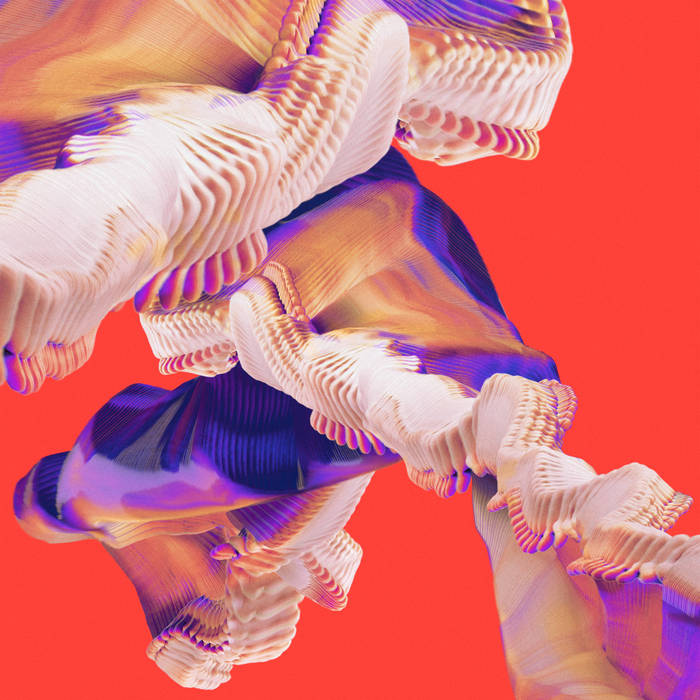 I love this, “Belfast born, London based duo Bicep” are the opening words taken from the album’s press release. That they had to relocate to become the artists they are, now seem somewhat sad. Although in terms of finding the recording deal and exposure they now have, I have to admit this is the truth. The men behind this outfit are Matt Briar & Andy Ferguson, whose musical palette is far wider than their beginnings in the Emerald Isle. Glorious strokes of deep bass, a playful top end that talks to the soul and, even seated, had my body moving in time with the rhythm. As they offer their second album to a locked-down audience, the living room becomes the dance floor for now. On this subject, the artists had something to say when interviewed recently by the Independent: “Seeing rich DJs playing big raves during a pandemic is absolutely disgusting.” suggesting that they “…have no patience for people still playing shows – or the UK government“. From the opening number ‘Atlas‘ it is certainly taking us on a trip within our own space. We may be restricted at the moment, but turn up the volume to the mystical 11 and we could be anywhere. Jamiroquai penned the term “travelling without moving“, from their 3rd album, and couldn’t we all do with some of that right now? Well, these guys have brought a fresh take on this concept in their inimitable way, with electronic percussion as the pilot, and the various tones as the fuel.

I was first caught by this duo’s sound during 2017, when they were due to release their debut eponymous album. This was some 7 years after they released EP1 for the label Throne of Blood. EP2 followed 6 months later. It was in the late noughties that their genesis took place, as a production and DJing duo, relocating from their Belfast home to London. What became known as Feel My Bicep was the result, as these childhood friends used their blog to post lost and forgotten disco, Chicago house, Detroit techno, and Italo disco edits. So following a series of releases for the aforementioned Throne of Blood, they continued with releases for Aus Music and their own Feel My Bicep label, before they were given a seat at the table of Ninja Tune shortly before the release of Bicep. And ‘Isles‘ appears to be a continuation of this story, with similar tones, although the bass appears to go lower and fatter than before. The likes of Way Out West come to mind, a similar duo in the form of Jody Wisternoff & Nick Warren, 2 Bristol DJs who back in the nineties also ended up in London. With twenty years plus since this earlier duo’s debut, Isles is like driving a brand new open-top sports car out of the showroom and it’s gotta be red, which strangely enough is the primary colour of this album’s artwork.

From the spicy introduction of this first track ‘Atlas‘, which, complete with Eastern voices, frisky keys, and a bass that acts as a piledriver to their sound, makes it clear that Isles won’t be found lacking any of the qualities that saw Bicep achieve its number 20 UK chart placing. As the Tuscan ‘Cazenove‘ is brought in, a lighter top-end brushes the surface of this sound, before a deeper quality is introduced, with electronic drum patterns used as the foundation of the number, thud-thud-thud, brush-sweep, tap-tap-tap. It’s almost hypnotic until ‘Apricots‘ joins this swirling motion of forwarding sounds. Some might know this number already, having been made available in 2020, its lively presentation a solid addition to any playlist, or set (which of course for now has to be reserved for personal playlists and radio play). With vocals being replaced by voices for most of this outfit’s content, the next number ‘Saku‘ takes a turn; with vocals by Clara La San, this was another tune released last year, and was the third of four numbers that were released before the full-length release was available. The listener is taken for a dip on the next number ‘Lido‘, before ‘X‘ comes at you with a fast pace, temptation offered again by Van San. ‘Rever‘ follows (I’m sure not a typo), with a gorgeous flat beat offered as its main construct and voice by Julia Kent.

With a further 3 numbers to follow, interestingly this album was not created as a “start-to-finish concept album“. Instead, the artists chose, this time, to “draw on their experience” wishing it to be a “snapshot in time” and certainly this is the right time to create a snap-shot. ‘Sundial‘ is a fast-moving repetitive number, which leads into ‘Fir‘, with its low tones and deep percussive patterns which become moreish by their very nature. These tunes possess an end-of-party feel, with bpm riding swiftly, the pitch and intensity creating the character of the number. ‘Hawk‘ is the conclusion of the album which starts with a pattern of almost digital interference. By the time synthetic keys are added, with their bleak and brooding strings, they conjure images of early electronica, perhaps in the form of The Human League circa 1979. Then the continual itch of machina’s vocal is brought in, this played on repeat, until just synthetic keys remain, which play out to the album’s end. Although it has been said that these artists were not wishing to create what might be referred to as a concept album, this does flow extremely well and has what might be called a start-middle-end to the presentation. Both warm synths start this journey, which fades to those of a bleaker nature as the album plays out. Definitely a release that is in contrast to their debut, whilst at the same time adding to their musical C.V. Once lockdown is over, this will only add to their performance. A ride that is certainly “a snap-shot in time” and one that appears influenced by the pandemic, whilst never picking up its negativity. If you’re going to take one journey this year that won’t compromise the authorities’ “Stay-at-home” directive, then please make it this one. One last note is that this release comes in a host of delicious formats, with a double picture disc LP, rubbing groves with a Triple Vinyl, coloured double vinyl, cassette, standard double black vinyl and digital download. Just glorious in their excess. Thank you Ninja Tune.

Isles is out now on Ninja Tune.