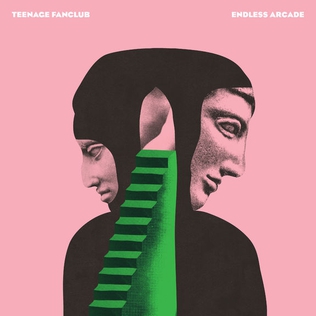 Somewhere around the release of 1997’s brilliant Songs from Northern Britain, this once riotous bunch of boozed up, festival mayhem-inducing slack rockers (and if you don’t believe me, check out this amazing footage of their legendary 1992 Reading Festival set. They blew everyone off stage that day) mutated into the musical equivalent of a nice cup of tea and a sit down, and that’s meant as a compliment – indeed, as someone for whom sitting down with a cup of tea is the ultimate aim in life, it’s about the highest praise I can give. Everyone needs a musical comfort blanket sometimes and the mid-late period Fannies’ blend of gorgeous harmonies, careworn lyrics and chiming guitars acts as balm to even the most damaged soul.

Sometimes, however, you can sit down for too long, and the tea goes cold, and the blanket slips off, and in recent years TFC have become just a little bit stale. 2010’s criminally underrated Shadows featured some of their best songs in years, but 2016’s Here was as forgettable as its title, and Endless Arcade does little to freshen things up; their first album without key songwriter and guitarist Gerry Love (by the way, 30 years after their part in Creation’s annus mirabilis, wouldn’t it have been great if they’d called this album Loveless? Missed a trick there boys), it’s very much late Fannies-by-numbers.

That isn’t to say it’s a bad record of course, as they are incapable of making such a thing; it’s just that you’re frequently crying out for them to give it a bit of oomph, a bit of passion, a bit of ecstasy, a bit of sorrow. There are no musical or emotional extremes on this record, just song after song of tasteful vocals, tasteful guitars, tasteful lyrics. Opener ‘Home‘ drags itself out for seven minutes of fretwankery, but rather the epic, ragged fretwankery of ‘Everything Flows‘, it’s all a bit Dire Straits. The potentially glorious, melancholy slacker-pop of ‘I’m More Inclined‘ and ‘Living With You‘ suffer from a tangible lack of va-va-voom. Even the best thing here – the beautiful waltz-time ballad ‘The Sun Won’t Shine On Me‘, one of the greatest songs they’ve done in a couple of decades – suffers from a similar torpor.

The biggest problem here is that Endless Arcade sounds like it was recorded by someone standing in the next room using a Dictaphone. There’s no low end, the vocals are washed out, the drums sound like me hitting a biscuit tin when I was a kid. There’s plenty here that, given the production values of their 90s work, would be peak TFC, in particular ‘Warm Embrace‘, a two-minute power-pop banger that is deprived of the chance to bang like it should.

Peter Hook once described New Order‘s Brotherhood as “Rolls Royce songs with Skoda production”, and I can’t possibly think of a better description of Endless Arcade, so I’m going to nick it.