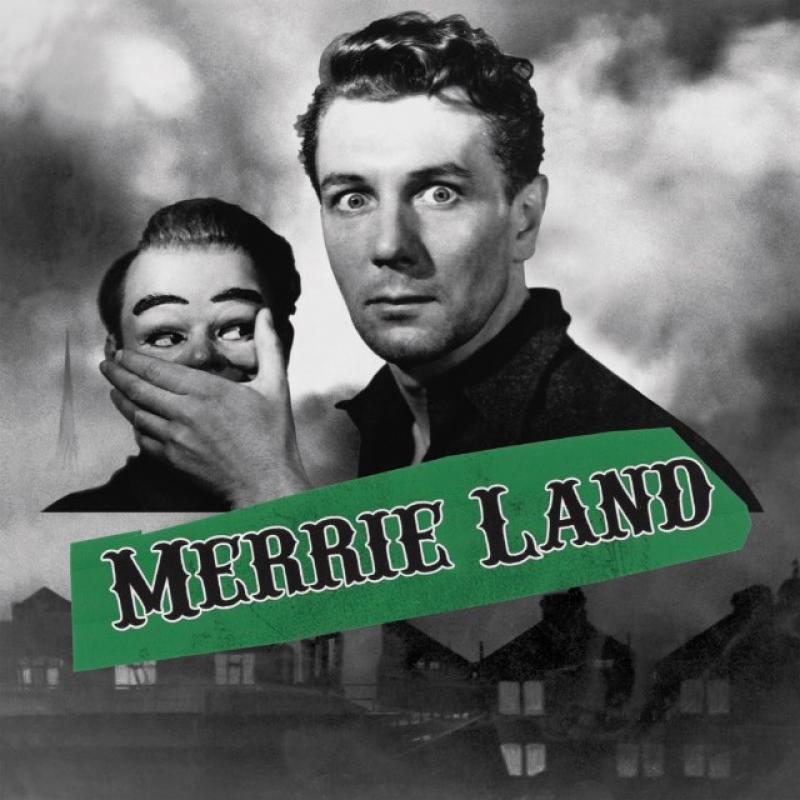 Would it be uncharitable of me to begin this review by stating my opinion that Britpop is partly to blame for the shit-show of corruption, incompetence and lies that is Brexit?  That all those self-regarding white kids forming bands and trying to reinvent The Kinks laid the emotional and cultural ground for all those emotional appeals to an idea of England that never existed, enabling the Conservative party to turn an internal split into an act of national self-harm?  And is it a coincidence that I first heard the risible cliche of ‘an idea of England that never existed’ in the context of arch-racist Morrissey (you’re dead to me Steven) draping himself in the Union Jack and getting bottled off-stage by Madness fans at Finsbury Park?  How we laughed, and yes kids, I’m that old, I was fucking there at the front watching that happen.  But then just a few years later Select magazine was parading The Good Mixer’s finest as the red, white and blue, but mostly white, saviours of rock and roll in explicitly nationalist terms.  There was something deeply unpleasant about the whole notion of Britpop.  I remember listening to ‘Clover Over Dover’ from Blur’s Parklife, with its Beachy Head suicide threat and wondering not only why I wasn’t listening to Massive Attack instead, but also just how we had got here and who was going to talk us down.

Well, as I write these words Theresa May has presented her Brexit deal to cabinet where it’s going down like a Lostprophets tribute band at a baby shower, leaving us, whoever we are, and our increasingly fictional nation facing our worst crisis since Russell Senior quit Pulp.

So here we are.  Cliff-edge time.

And so, to Damon Albarn.  For the Blur, Gorillaz and Africa Express frontman is back with a surprise new LP from his supergroup The Good, The Bad and The Queen, and it’s all about Brexit.  He’s been on a kind of lonely pilgrimage around England, on the basis that a man whose friends and business associates include people who can actually text David Cameron on the eve of the Brexit referendum and get a reply from the great man stating that it’s all gonna be fine, has some special affinity with the sort of bigoted cretin who thinks that sending my Polish friends back home will save the NHS.  Perhaps his assertion is even correct, and he does.  Produced by David Bowie’s long-term collaborator and producer Tony Visconti, the album is called Merrie Land – “modern English folk music with a bit of rub-a-dub in it”, according to bassist Paul Simonon, formerly of The Clash and more recently a rather atrocious painter.  And it pains me to say it, but it may very well be the album of the year.  It’s without doubt the most timely.

Musically, Merrie Land is an endlessly shifting collage of sounds and textures drawn from dub, new wave punk, psychedelia, folk, Caribbean steel pans and old-time musical hall, held together by the conceit that we’re at a ghostly end-of-the-pier show in northern Britain.  The nearest thing to Parklife here is ‘Gun to the Head’, which starts out haunted by the restless shade of Ian Dury but soon descends into a keening, Paul Hindemith inspired rewiring of the Wicker Man soundtrack.  In its fragility and ambition it could easily fall to bits, and live on Jools Holland’s show the other night, it arguably did, but throughout the album, Visconti’s production keeps each spectral thread of this unquiet landscape tightly woven into something that feels so solid you could cut it.  It harks back to his work with Bowie on early songs like ‘After All’ or ‘Cygnet Committee’ and one can only hope that Albarn uses his talents more in the future.

It’s nuanced and affecting music, for example when pairing Albarn’s vulnerability with the implacable force of the Penrhyn Male Voice Choir in the downbeat, off-kilter tides of ‘Lady Boston’.  It’s a beautiful meditation on migration, bookended by the menacing dancehall swagger of its companions, a suite of tracks which ooze The Clash at their most dub.  Simonon always grasped how to work Jamaican influences into something he could call his own.  Here he takes that sound out into England’s ports and coastal waterways, and in drummer Tony Allen he’s found his perfect foil.  Allen was afrobeat legend Fela Kuti’s drummer in the 1960s and was criminally underused in the first GBQ record eleven years ago.  This time he’s all over it, and his understated, polyrhythmic accompaniment is easily the album’s most important ingredient.  It’s his presence that stops Merrie Land from veering into an over-wrought procession of cliché.

Which brings me finally to Damon Albarn.  It’s all very well to explore the mythologies of Englishness, but the thing about myths is that engaging with them, even critically, imbues them with power.  And he presents us with a pretty grim parade of all the empty baubles of post-colonial Englishness.  They’re all here – silver jubilee mugs, fields of white crosses in Normandy, maypoles, booze and the eviscerated Fisher King awaiting rebirth on a hilltop at Merrie Land’s climax.  If he set out to discover the kind of land we might become after Brexit, then his answer is extremely pessimistic – it will be apocalyptic, and yes, fascist.  Much has already been made of his openly political lines in the title track, but throughout the album he’s on incendiary form: ‘Cubs make fires on the edge of the golf course, but there’s more / Of them than us now and they have come to settle scores / So there’s bound to be / Altercations / On the B-road / Where they don’t fly the union flag’ he mutters on ‘The Great Fire’ and the album forms a scathing and unambiguous prophecy of a land of violence and empty hedonism, a place of leaving that can only be left.  Each song re-iterates the theme of leaving – love dies, people migrate, and those who stay take leave of their minds and England becomes a repetitive carnival of folk horror: ‘We cheer on the clowns / As they roll into town / But their faces look tired and saturnine / As they carry the terrible things they’ve seen / All lost in a painting of sky coloured oil / in this Merrie Land’.  We’re too close, too caught up in history happening to tell if this is Brexit Bingo or Four Quartets, but as with T.S. Eliot’s opaque and allusive contribution to the war effort, whatever else you might think of it, there’s enough poetry here to keep you picking it over for years.

I wonder though if any of this is actually helpful, if the unremitting focus on Englishness, as with the nineties Britpop that continues to define Albarn, is actually part of the problem.  It keeps me from unreservedly hailing Merrie Land as the answer.  If you’re looking for records that posit a vision of who we are and where we’re going on this tiny, damp speck of universe I’d draw your attention to Low’s Double Negative or Haiku Salut’s There is No Elsewhere or anything by Sleaford Mods.  Even Suede’s recent career-high The Blue Hour seems closer to the bone since Brett Anderson gets it in a way that his old rival perhaps doesn’t.  England starts with the sacrificial Arthurian cult and from there proceeds into the cold hills for child murder, desolation and fly-tipping.  Merrie Land plays out with ‘The Poison Tree’ and the line “A last crusade / To save me from myself”, but oh by jingo, a crusade is the last thing that’s going to help this mess.  Caught up in its ebb and flow, however, all these reservations seem unimportant.  The music and words of Merrie Land hit so many targets, and with such precision, by turns grotesque and horribly emotionally exposed, that it’s never less than utterly compelling.

11 thoughts on “The Good, The Bad and The Queen – Merrie Land (Warner Music)”