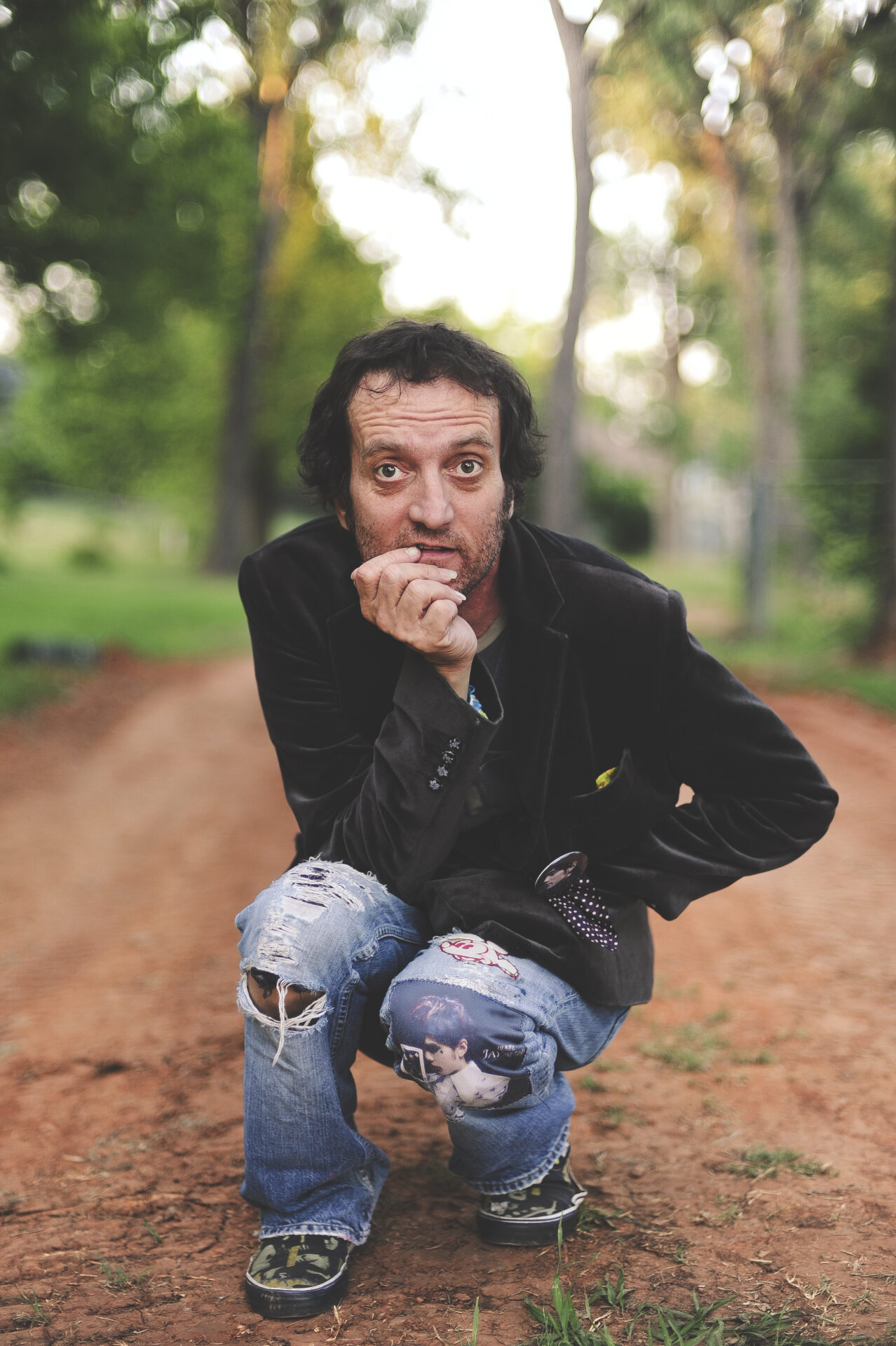 Tyson Meade is planning to make an album in China. Part diplomatic mission, part unorthodox recording project, Tyson hopes to show how awesome the Chinese people are and how much they love the West, while channeling the spirit of Bowie and Iggy in Berlin. Tyson: “that should really inform all of our decisions”.  I wrote about Tyson’s old band, Chainsaw Kittens, during 90s Week, how their energetic Connie, I’ve Found The Door was like a kiss that completely kicks your ass. A very underrated band, they released five albums of high-spirited, evocative, glam/rock before calling it a day.  Feeling uninspired, Tyson left music behind for a while, and has been teaching in Shanghai for the past five years. But once he heard 15-year-old violinist Haffijy play, the urge to write music again returned. You can hear their first collaboration together, Stay Alone, at Tyson’s Bandcamp page here. This became the basis for the cross-cultural recording experiment Tyson is working towards now.  An endeavor that will see contributions from The Flaming Lips, Smashing Pumpkins’ Jimmy Chamberlain, Maria McKee, and Other Lives. And hopefully result in making his older recordings available once again.  Off With You from his 1995 solo album, Motorcycle Childhood, is one of the most beautiful songs I’ve ever heard, and as with the Chainsaw Kittens records, deserving of a much wider audience. Reading Tyson’s Kickstarter updates, his genuine enthusiasm for the project, passion for music, and appreciation of the support he’s been getting really shines through. We did this interview via email as Tyson was preparing to make this all happen.  And his answer to my ‘fly into the sun’ question is the most detailed response I’ve had yet!  More details at his Kickstarter page here.

So tell us about the new project and how the idea came to you?

TM: I am recording an album in China with students at high schools and universities in an effort to help strengthen relations between the US and China. During my five years teaching and running a boarding school in Shanghai, the one thing that I learned is how much the Chinese people love America and Britain. They love us. They love America and Britain. While I was there, I met a student who plays the violin with such purity and passion that I was completely taken aback by his playing. Although I had no intentions of playing music again, I was awestruck by this kid who calls himself Haffijy. I then met other gifted students and eventually I came up with the idea to record and do it in a way that would spread goodwill.

What is your fascination with The East and where does it come from?  It seems to have been there since the early days with titles like Flipped Out In Singapore and Loneliest China Place.

TM: I think in the early days I just looked at the places as almost fictional places that are backdrops in Marlene Dietrich or Laurence Olivier films

TM: I felt as if I was in a science fiction film staged in the Orient, Blade Runner meets Crouching Tiger, Hidden Dragon.

Stay Alone, the song on Bandcamp, is lovely.  What was the inspiration behind it? What was it like recording it?  Now that you’ve started putting things on Bandcamp will you be putting your hard-to-find solo records up there?

TM: Haffijy was the inspiration. I heard him play after a Chinese teacher told me that he is a violin player. We would then go into the school garden and play. I played some of the songs from my past like Seastones and Clean Wreck. His playing was so beautiful that I was inspired to write something new. Now that I have this new project, I am going to make all of my old stuff available at some point soon.

What have you been up to since the end of the Kittens?  Looking back on that time, how do you feel about it now?

TM: I have done a lot of things since then. I wrote for Interview Magazine for a little bit and then I was a radio deejay for a pretty cool little indie station, The Spy FM. After that, I was a professor at a couple of colleges in NYC, which I really loved. That was my introduction to teaching.

I cherish my times in the Kittens. We had a great time and got to do a lot of things. We left a legacy of music that I am still proud of and that I rework at times in my solo performances. I love the guys from the Kittens. Mark Metzger who left after Flipped Out in Singapore just played a few songs with me at a show in Oklahoma, which was really a blast. We had not played together in 19 years. He was there with his wife of 18 years LeeAnne who is the very same from ‘I’m Waiting’.

I’ve always loved your song titles, how evocative they are.  Pop Heiress Dies, Shannon’s Fellini Movie (I love all the ones with girls’ names in the title), Angels Self Destruct, Death-Out At Party Central, etc.  Whose titles and words do you like?

TM: I always go back to the Beatles when they had turned on. I think they had some great imagery. But most of my writing comes out of my experiences from films by directors like Fellini and writers like Capote or even Carson McCullers, and at times Jean Genet.

My standard last question – Say you’ve stolen a space shuttle and are flying it directly into the sun, for whatever reason, what would the soundtrack be?

TM: Oh lord, my soundtrack would change probably depending on how I felt at the time. But in no particular order I would probably listen to this long list of songs because I am sure it would be a long trip; this is just the tip of the melting iceberg:

1 thought on “Tyson Meade To Make An Album In China”