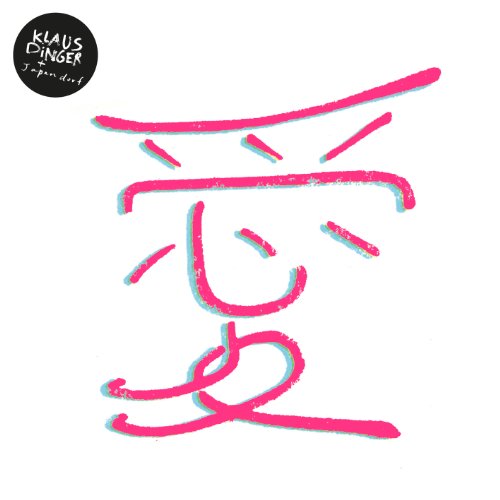 Klaus Dinger’s exploratory quest to encapsulate the new millennium can be heard as one continuous development. From the more humbled, organic early days spent in an incubated version of Kraftwerk, through the iconic Neu! and onto the traversing European, La Düsseldorf, Klaus kept on believing in the Krautrock vision, right up until his death in 2008.

Apart from his musical soul mate, Michael Rothar, the only constant force in Klaus’ craft would be the ‘motorik’ rhythm that he synonymously perfected: a drumming style that influenced and inspired a generation, even if its prevailing creator remains largely unfamiliar.

The project that began in 1976 with his brother Thomas, and Neu! sound engineer, Hans Lampe, La Düsseldorf euphorically mixed constructivist style utility wear and sloganism with a synthesiser vapored requiem, to an imagined utopia. Bordering on neo-punk, though far too melodious and optimistic to be apart of that scene, their sound had a certain universal appeal – Teutonic in nature, but the language flipped between English and German, and even French. David Bowie gushed that they were, “the soundtrack of the 80s”, not long after he pinched their panoramic sound for his own Germanic tour of duty.

By 1981 the group had breathed their last with Individuellos, though Klaus continued to release ad hoc recordings and scrapes of extemporized studio jams, much to the annoyance of his partners. Legal wrangling’s ensued and Klaus was ordered to cease using the La Düsseldorf label, an exercise he repeated with Rothar over the infamous Neu! 4 recordings in the mid 80s: another unsanctioned catalogue of half-forgotten ideas and unfinished meanderings. 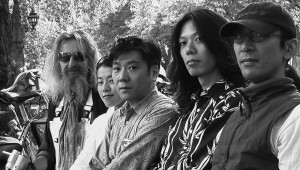 Sticking to the principles of communal living and artistic freedom – laid down in the Krautrock era – Klaus never gave up, despite the disputes, as he entered the new century. Deprived of his home city’s title, he forged a new collective, bandied together from the local Japanese circle of contemporary artists, living in Düsseldorf. His partner and heir apparent, Miki Yui, his close friend, Marsaki Narkao and Kazuyuki Onouchi (who not only played drums, synth and bass but also recorded and mixed the final cuts) were the catalysts as Klaus opened up his studio for spontaneous outpourings of improvisation. In a patriarchal role, cultivating and ‘egging-on’ on his new comrades, who were initially unaccustomed to playing instruments and recording, Klaus found something inspiring in their incipient, ‘undaunted’ with expectations, nature.

Total immersion in a shared lifestyle, from socializing, camping and even cycling together, the amorphously fashioned Japandorf channeled their purely Germanic forbearers vision, via J-pop and kooky cyber psychedelia.

Glimmers of the project have leaked into the consciousness through various mediums, including the Internet. Officially left in storage, the Pre-Japandorf and Viva Remix 2010 albums have attracted a certain enigma, but this third volume is now graced with a ‘bona fide’ release after years of mythologized rumour.

Recorded both in Klaus’ industrialized urbane hometown and in his Zeeland seaside retreat (Netherlands), the loosely connected suite of experiments and musical sketches soar or fizzle out appropriately, depending on context.

Anthemic spikey-pop chants, such as the opening ‘Immermann Straße’ and new wave bubblegum, doo-wopping ‘Udon’, sound like Shonen Knife singing Krautrock’s greatest hits. Whilst the jerky, gnawing-phaser looping ‘Karnival’, features a shout-y Klaus having fun over a backbeat that threatens to collapse, as the timing between each bar grows ever wider apart.

It’s the cosmic sustained ring of Klaus’ resonating guitar that sends shivers down the ol’ spine, dominating as it does the ‘fantasque’ peregrination, ‘Sketch No.1-6’, and grandiose rebrand of the original La Düsseldorf trademark, ‘Cha Cha 2000’, updated to 2008 here. Transmitted from a Kraut-discotheque located on a space cruiser soaring towards the stars, the triumphant clarion call to hope is possibly their finest achievement.

The album ends rather poignantly with a chorus of church bells, ringing in the distance on ‘Andreaskirche’. Though the album was complete and ready to drop before his untimely death, the delicate, ambient outro relevantly chimes as a final farewell.

Inseparable from earlier incarnations, the affixed ‘dorf’ stamp is given of life by the Japanese collaborators whose electric candy kool aid adds life to the Dinger cause.

Find more information about both La Düsseldorf and Neu! here…. 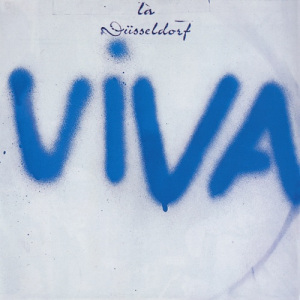 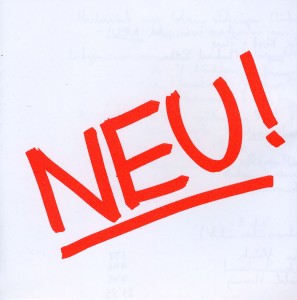 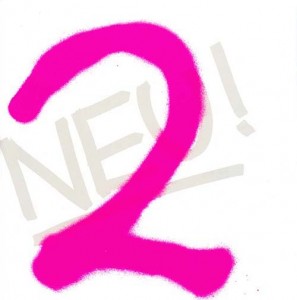