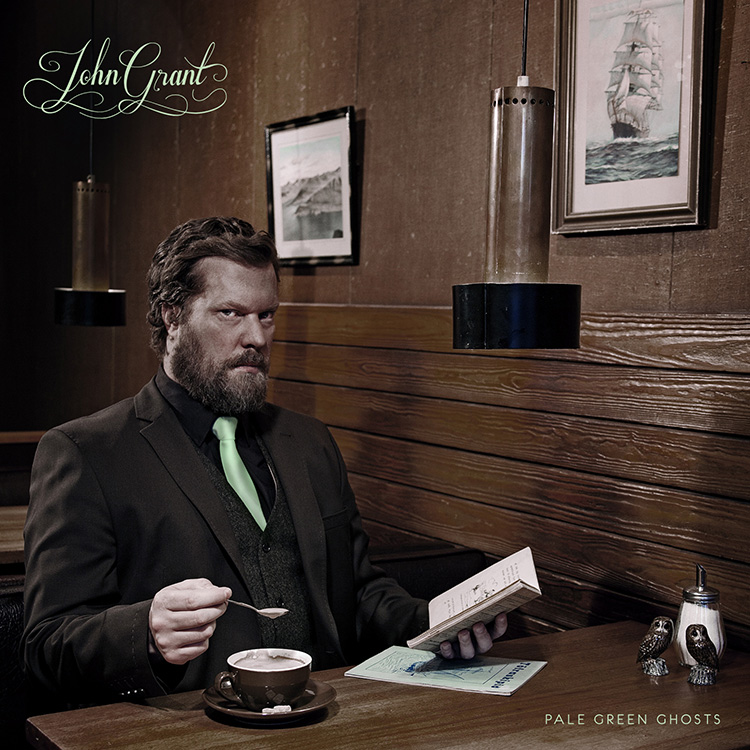 Contained within these two lines is the giant contradiction which is John Grant: a deserved, musical, lyrical, and moralistic superiority complex, juxtaposed with a kind-hearted, sometimes bathetic humanism, and an always-present sympathy with the ‘loser’.

When the openly-gay – and now openly HIV-positive – singer-songwriter won the best Mojo album award for his debut album ‘Queen Of Denmark’ a couple of years ago, the listening world really started listening (after many years of his toiling away as one part of The Czars). ‘QOD’ was a compelling piano-fest of lost, betraying love and sardonic lyrics spread evenly over some of the most exquisite Fallen-Glam songwriting ever heard.

Europhiliac Denverian Grant spent time in Germany and exploring the relative open-mindedness of the old continent, before deciding to record this second album in Iceland (with Biggi Veira of Gus Gus). So far, so very right-on, quality raised-eyebrowed, so very…Bella Union (Grant’s UK record label). So what has changed? Most notably, Grant continues in his unique songwriting vein, but over much of the set embracing ELECTRO, with the black-clad and eyelinered likes of Depeche Mode, Bauhaus, Kraftwerk, and even Vangelis looming needle-ready in the shadows of every corner.

‘Pale Green Ghosts’ peaks with the arrival and help of one Sinead O’Connor, wrong-footing the critics by cooing fabulously along with Grant on the spectral ‘It Doesn’t Matter To Him’. Elsewhere, Grant is his controlled, almost retentively-sad self on ‘You Don’t Have To’, lots of Jean Michel Jarre keyboard washes here, or over the pure-bred gay white funk of ‘Black Belt’ or ‘Sensitive New Age Guy’, mirroring Prince, Portecho, Scissor Sisters or Justin Timberlake at their most flaming.

John Grant has the completely self-absorbed ability to tune his stately baritone voice to a cornucopia of post-modern styles, whilst remaining permanently, intractably pissed off with how he’s been treated in relationships. ‘Pale Green Ghosts’ is an album truly of it’s time: false-modest, infuriatingly passive-aggressive yet monumentally artistically ambitious, all at the same time.