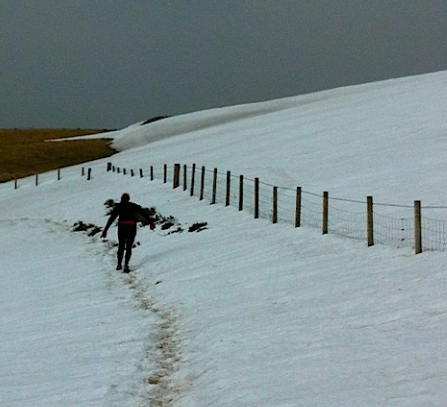 It’s still freezing up here, snow where there should be fields of sheep. Which is both good and bad, as it does allow time to catch up on all those web-threads and notes in my phone. You know how it goes.

First up is something brand new into the inbox. Iggy Azalea is almost a guilty pleasure for someone like me wearing threadbare indie-band tee-shirts from the 90’s, but damn I LIKE what she’s doing. This is a great video of an entirely new take of a song that’s already all over Radio One. She does wiggle her ass a lot, but hey, I guess that’s how it goes.

Next up is Teenage Kicks – with their current single ‘Middle of the Night’. They’re from Toronto; hey who isn’t these days? Seriously, on our recent trip to SXSW, it was a comment made repeatedly from US friends that the interesting places to go looking for new music were the UK (natch), Scandinavia, Australia and Canada. This is unreconstructed power-chord guitar rock, and the video manages to be gauche in a sweet kind of way. See what you think

World Party might have had their hey-day in the 90’s, but are back in a big way and following a successful big night at the Albert Hall in the winter they are touring in the UK right now. We featured an interview at the end of last year that I did with Karl Wallinger via Skype. He was in a hotel in the US, I was in my sweaty running kit haha. This video is new work from the band.

Rhye are one of those bands that got highly recommended to me somewhere, I’ve no idea by whom, when or where, but I took note and checked them out. Their debut album ‘Woman’ got a big push from the oh-too-cynical Pitchfork last month. They were right (for once)  it’s well worth checking out. Here’s the lead single

Portland punk trio The Thermals prove that there are good things to come out of the hipster epicentre of the US North West. They’ve got their new album ‘Desperate Ground’ out today on Saddle Creek. That’s a record label of such guaranteed taste that you might as well just have them send you everything they put out. This is just FRESH sounding, with massive heart. 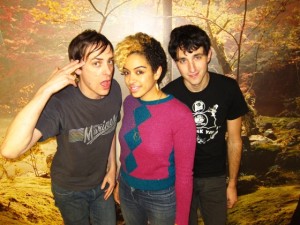 Whimsical, oh so English, and not without their charms, A Girl Called Johnny are big favourites of friends of mine, which made me go listen. You know what Dave? Good call put this on your FB page. The band are not alone in mining this particular vein of kitschy retro, but at the same time, well enjoyable

Scary Mansion is (one of) the musical outpourings of Leah Hayes, from NYC. Leah has multiple other musical projects on the go, and has collaborated with Darwin Deez, as well as being an illustrator. Her ‘thing’, in Scary Mansion at least, is via processed vocals. If auto-tune is generally a bad thing, like crap graffiti, then this is the exception, done sensitively. Her ‘Make Me Cry’ album from 2010 remains a huge personal touch-stone, and this new song proves that it’s essential to keep up with what she’s doing

Denuo are a band I first encountered when they were supporting The Joy Formidable. I enjoyed them loads live, and picked up an EP at the gig, which has proved its worth on the stereo. They’re turning into a favourite; summery but involving. They’ve got live dates coming up, including Focus Wales, so look out for them. From North Wales, relocated to Cardiff, but we won’t hold that against them. 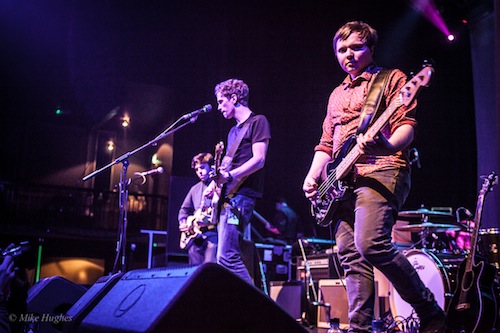 And finally, the frankly marvellous CHVRCHES filmed at SXSW. I saw them twice there and will be hanging on the rail in Manchester in a couple of weeks time. In fairness, the visual is from SXSW, overlaid with studio sound. We’ll let them off