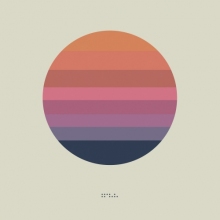 With summer just around the corner, I find an influx of new ambient electronic music seeping into my music collection and Ipod. One artist who has continuously stuck with me all year round is Scott Hansen, otherwise known as Tycho.

Perhaps this is due to the holistic nature of Hansen’s music. Sitting amongst the ever-more encompassing genres of electronic, IDM (intelligent dance music), and downtempo, his compositions drift across the attempted makeshift barriers that music consumers assign to his work.

Awake lazily floats across these borders. The album tends to stick with a fast, dance-worthy tempo, somewhere around 130bpm. Synthesised drums regularly occupy simple disco rhythms, but in the occasional moment they whimsically digress to intricate and speedy jazz infusions that are peppered with ghost notes and cross rhythms. Of the kind found on “Dye”, the fourth track on the album and one that particularly stands out due to its trip-hop feel.

Melodically, the album is lax. The lead synthesiser, whose sound is very familiar throughout much of Hansen’s work, runs freely up and down various major scales, installing that warm, fuzzy feeling. A second synthesiser acts as a textual filler. It is drone-like in nature, commonly occupying the space at the back of the mix. Yet, in its discretion, it adds huge depth to the compositions, plugging the holes that are left behind by other parts with reverb and echo. It is only the bass guitar that injects vibrancy in an attempt to playfully funk up the otherwise airy melodies.

In its loose, improvisational nature, Awake seems to be the product of an experiment. It is a far cry from the “musique concrète” of Pierre Schaeffer, with its infusions of “non-musical sound” and adaptation of field recordings. However, early works of electronic music and Schaeffer’s discovery of industrial and electric technology in order to create sound was undoubtedly the groundwork for artists like Tycho.

And it certainly takes me back. I find myself having sudden flashbacks, momentary glancing at older songs. For example, the last song on the album called “Plains” holds characteristics not dissimilar to Brian Eno’s Discreet Music. The hollow soundscape in the latter half of the song carved by the panning of the drone-like synthesiser recreates a sound close to the tape phasing on Discreet Music.

Elsewhere, the guitar’s stuttering delay at the start of “Montana” immediately escorts me to the late nineties, when a band called Mimas wrote Mac, Get Your Gear with an almost identical arpeggio and effect. In its ability to remind me of these similar, yet utterly distant bits of music, Awake evokes a feeling of nostalgia that compliments the accompanying mode of relaxation. A mistake? Or maybe a happy accident? I think not. Hansen explains during the making of Awake he spent a lot of time revisiting places from his childhood, drawing on memories and days past to inspire him.

Furthermore, the artwork for Awake represents these places. Pastel coloured images that are cropped using bare white frames install a pre-cursor of repose, preparing the listener to be engulfed in ethereal, enveloping and encasing compositions. Being the polymath that he is, Hansen sources all the artwork for his albums himself. His love for art, and particularly celestial photographs, is explored further on his photographic website on which prints can be bought along with the utterly mesmerising Awake – www.blog.iso50.com.

Yet, Hansen is human after all. Awake is the first album that he sought the aid of two collaborators, Zac Brown (guitars, bass) and Rory O’Connor (drums). With strength in numbers and the addition of two musical minds, Hansen was able to explore sonic avenues that were previously out of his reach. This perhaps explains the more laid back, even improvisational approach to Awake in contrast to the rather more regimented compositions found on Dive and Past Is Prologue.