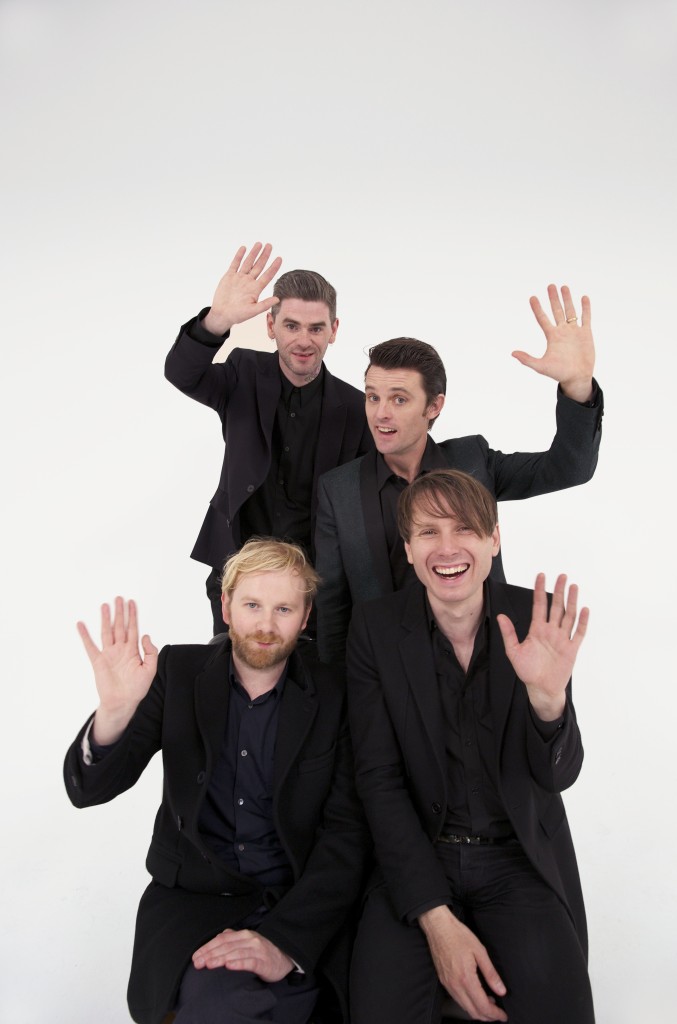 So, once again the Somerset House Summer Series is back and with yet again a rather resplendent programme of artists. Kicking off with Daughter on 10th July, the fairly youthful home for alfresco summer gigs becomes a haven for those who want to  indulge in great live acts in a more than modest outdoor space. And this is no more apparent with the appearance of Glasgow four-piece, Franz Ferdinand, with support from François and his Atlas Mountains, a predominantly French outfit (save for the dulcet Glaswegian tones of Gerard Black) who serve up a great deal of Algerian percussion, heightened band enthusiasm and the lyrical French language for Alex Kapranos and lads to outperform. However, this Domino headline and support struck the perfect chord, throwing shapes on stage, injecting a vigour into the crowd, stemming from their own blatant oomph.

François performs their expected most recent single, Way to the Forest, taken from the recently released Piano Ombre, inhaling the smiles and intrigue from this audience. With the last two albums recently released via Domino Records and their increased play on BBC Radio 6, it’s obvious that the momentum is still building for this band, and there is a resounding interest from the crowd.

Succeeding these rhythmic pop maestros, and diffusing the space with their daring eclecticism and structured sonic motifs, Franz Ferdinand are clearly on top form. Right from the off, they really hit the right notes with the crowd, playing a spectacularly long but balanced set of their well-known but also new recordings from most recent album, Right Thoughts, Right Words, Right Action. This riveting mix really pummels through the crowd, affecting their feet, making them move in any way that a Glasgow indie-boy should, transforming the London venue into the discotheques these artisan musicians are in touch with. Incorporating hit tracks such as Do You Want To, Michael, The Dark of the Matinee, No You Girls and the obvious Take Me Out, Franz Ferdinand enamour the crowd in their distinct matching black, white and grey patchwork outfits, imparting a strong but gentlemanly look toward the Somerset House gig-goers.

Lacking any banter, Alex Kapronas hints at the stylishness of this London venue on several occasions, while bassist Bob Hardy projects a gormless, expressionless look. But that’s okay, as they both spin shapes, hips and brogues, and this energy clearly transmits to their fans, who are inevitably unable to keep their feet static. As one that does not conventionally take to this band’s records, I even found my legs twitching to and fro in conjunction to the structured riffs, and infectious indie-pop.

All in all, a fantastic support followed by an infectious headline; what more can you ask for?!