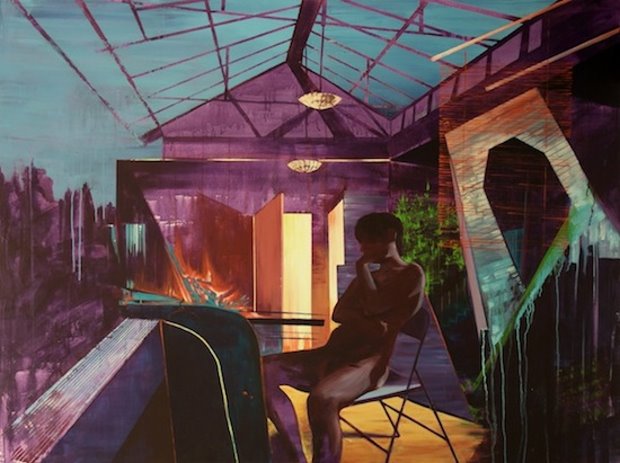 To take your name from Sea Change – the lovelorn masterpiece of an album that was released by Beck in 2002 – is one very bold step. But Ellen A. W. Sunde is precisely that. Bold. “I am cold and I am fearless” the young Norwegian musician and producer asserts on ‘Fearless’, the centrepiece of her debut album Breakage and the axis upon which the sheer bravura of this whole record spins.

Throughout Fearless, Sunde maintains a delicate balance between isolation and attachment. Hatched in her Oslo bedroom last autumn, the record was created with practically no outside involvement, the loneliness of this experience reflected in much of the music’s abstract desolation. Yet for all of its sense of solitude, repeated listens do reveal Fearless to be the most warm and intimate of recordings.

Over an illusory wash of synths, Sunde’s voice drifts effortlessly up and down the musical scale. Bringing to mind her fellow Scandinavians Björk and Lykke Li it is an instrument that captures sadness, joy and the power to believe in all of its splendid, fragile glory.

There was to be no room on Fearless for either ‘Bursting’ or its follow-up single ‘Bridges’ – two records that first raised a greater awareness of Sunde and the music of Sea Change and which initially brought her onto the experimental pop radar – their omission merely serving to reinforce the strength of those songs that eventually made the final cut.

All nine songs on Fearless are connected by a narrative of emotional emancipation, a personal liberation from everything and everyone that has gone before. The more recent singles ‘Above’ and ‘Squares’ may well continue in an eloquent electro-pop tradition started by their predecessors – breathing in the same rarefied air as Fever Ray and Zola Jesus – but alongside all of the others on this really quite remarkable record they are ultimately songs of freedom.