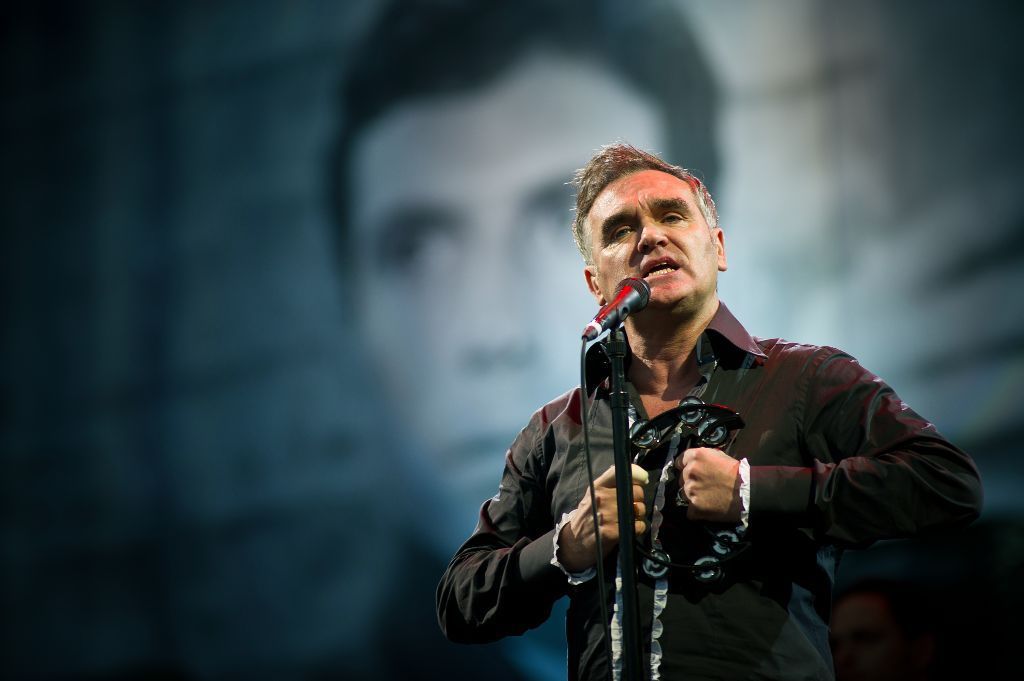 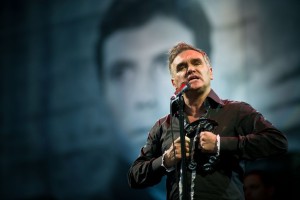 Morrissey brought his short UK tour into London on Sunday, following dates last week in Plymouth and Hull. The concert at the Hammersmith Eventim Apollo was one of two in two days, and the man himself has said that these will likely be his last ever UK shows, due to the disinterest shown by record companies.

Who knows if that will turn out to be the case; certainly his big London date in November last year had all the hallmarks of a final gig as he left the stage with the remark ‘Remember my face, but forget my fate’, which sounded pretty ominous in the light of his recently publicised health issues. Back in April this year, however, he was back for a triumphant round of UK appearances at which he appeared to be as strong and determined as ever he was. He certainly doesn’t do half measures when it comes to his live appearances.

So, what to expect from the Hammersmith shows? It is extremely hard to predict a Morrissey set list, save for the fact that the 30-year old veggie rally cry ‘Meat Is Murder’ is sure to make an appearance, and almost certainly that his 1988 Top 10 hit ‘Every Day Is Like Sunday’ will be there too. And indeed, both of these featured towards the end of the gig.

After the usual half hour of Morrissey-curated video clips showing everyone from New York Dolls and The Ramones to Ike & Tina Turner and Leo Sayer, (not together), Moz bounded onto the stage with his band, who were all dressed in identical white shirts with black braces, and tore into ‘Suedehead’ to the rapturous appreciation of the crowd. ‘Alma Matters’ followed hot on its heels; any uninitiated in the lore of Morrissey gigs may have anticipated a ‘greatest hits’ set.

But, of course, this is not usually (i.e. ever) the case with Morrissey.  However, it matters little when old album tracks and B-sides are generally received like Number 1 hits from his devoted following. A mighty ‘Speedway’, arguable highlight of 1994’s Vauxhall And I, takes an unexpected turn when it stops dramatically in the middle and after a few seconds of darkness on the stage, re-starts with the band members swapped around: guitarist Boz Boorer on drums; Moz playing a mean tambourine behind the keyboards and multi-instrumentalist Gustavo Manzur stage centre, skillfully completing the vocals to the rest of the song in Spanish!

Morrissey still seems very keen on promoting his most recent album World Peace Is None Of Your Business, with seven tracks from it tonight, even though it is well over a year old and was deleted on the day of release. The dramatic ‘I’m Not A Man’ was perhaps the pick of the bunch; ‘Oboe Concerto’ was also of given an outing, one of only two ‘World Peace’ songs not played in the new album-heavy set at the O2 last November.

1989 B-side, the ex-Smith Andy Rourke co-write ‘Yes, I Am Blind’ makes an unexpected, but welcome appearance, and You Are The Quarry‘s vicious and humorous ‘The World Is Full Of Crashing Bores’ is performed in front of a picture of Wills & Kate, which has the words ‘United King-Dum!’ emblazoned across it. It wasn’t the only nod to Morrissey’s reviled royals, as he remarked that “It’s Buckingham Palace! They’re gonna get me, and I’m not kidding either,” following an on-stage power cut towards the very end of the show.

A brilliantly incendiary ‘I Will See You In Far-Off Places’ leads into an equally heartfelt ‘Meat Is Murder’, one of two songs accompanied by harrowing visuals which would be enough to turn Colonel Sanders himself vegetarian. The other song that had me looking at the stage from behind a metaphorical sofa was former B-side ‘Ganglord’, a live favourite which was played in front of a very troubling film of institutional violence.

An unexpected Elvis Presley cover (‘You’ll Be Gone’) led into the aforementioned power outage, after which it was not certain that Moz and the band would return. But return they did, to deliver a euphoric ‘Every Day Is Like Sunday’ (surely Morrissey’s most-performed song over the years) to conclude the gig.

A muscular ‘What She Said’ was the encore, Morrissey singing as if his life depended on it. It segued, like The Smiths‘ Rank live version, into the end of ‘Rubber Ring’, and then before you knew it, the familiar shirt-toss into the adoring crowd, stage exit and it was all over.  Another brilliant night with a very singular artist. There is no-one quite like Moz.