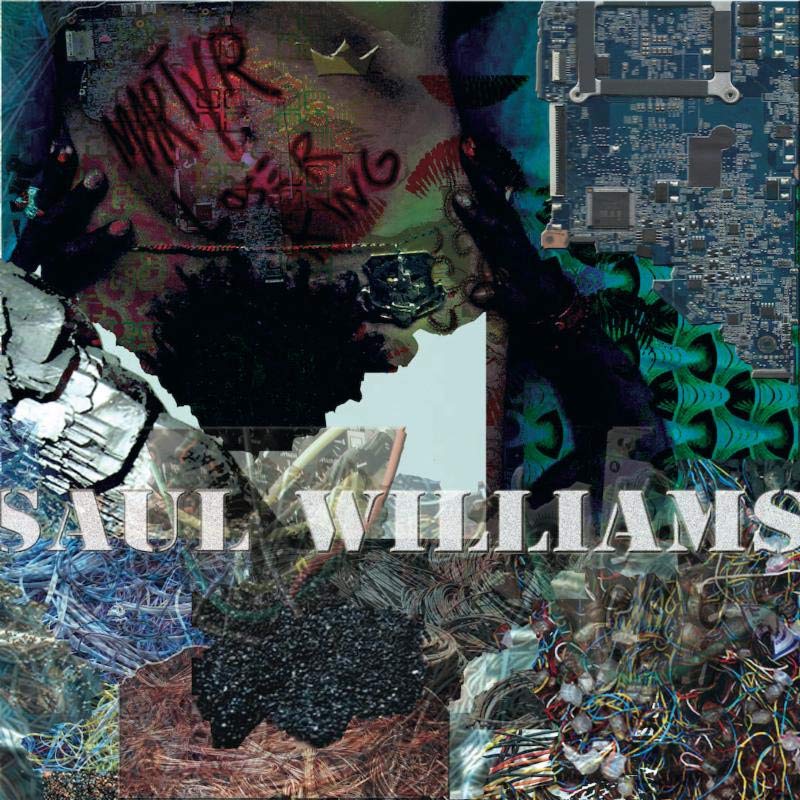 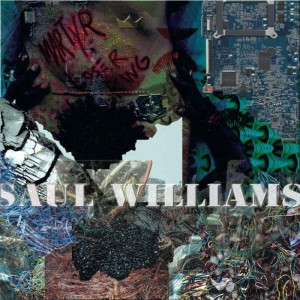 ‘Cyberpunk’ is a culture that has existed since the era of Blade Runner in the eighties and even Dune in the 60s. The technologically revolutionised movement that mixes technology and humanity, blurring lines between the two, became reality in the nineties when computers could connect to each other via phone lines. The mainstream awareness of ‘hacking’ had emerged. Films such as War Games and Hackers played upon the stereotypes and notions of hackers and the dangers of new technology, but with little grounding in reality or feeling of worldwide threat. Yet in the twenty-first century, and especially in the last five years, hacking has stepped up its game as a global worry. It’s now considered as damaging as weapons of mass destruction in the wrong hands, and has also been the cause of public outcry when used by various government regimes, both foreign and close to home.

Hacking is the main theme and undercurrent of Saul Williams’ new album Martyr Loser King in which he wraps every line and sample in cyberpunk clothing, especially with the warping of ‘glitch art’. Glitch is a movement which involves breaking down and subverting reality, intentionally distorting and manipulating photography, artwork or (in this case) sound to be something else entirely. The album is layered in loops and awash with these glitch effects. For a man so enamoured with words, it’s an interesting challenge to make them sound so off kilter with this manipulation.

Building a career off spoken word is what Williams is known for. Poetry, acting, music, writing and more has earned him critical acclaim, from the halls of Def Jam to the theatres of Broadway and the studios of famous producers from Rick Rubin and Trent Reznor. Standout works include the 1998 film Slam where he played a poet hindered by his social background, his collaboration with the aforementioned Reznor to produce the album The Inevitable Rise and Liberation of Niggy Tardust! in 2007 (which went on to inspire Kanye West‘s Yeezus) and his appearance in the leading role in the 2014 Broadway musical Holler If Ya Hear Me inspired by the lyrics of Tupac Shakur.

Martyr Loser King is his first album since the uplifting and under appreciated Volcanic Sunlight five years ago. The new album narrows in on its theme with no respite from the concept, moving away from his previous albums with their broader, looser narratives. The album is written from the perspective of the eponymous pseudonymed hacker. Influenced by a range of music from Beyoncé, Fredo Santana, and Haitian field recordings, the album subverts raw acoustic instruments and vocals by looping them against electronica and heavy handed beats. Hacking also comes in the form of hacking against or just plain hacking the concepts of gender, race, social class and identity.

It starts out with great promise, ‘Groundwork’ setting off these themes with clever wordplay and an ominous building of opposing instruments and beats as well as making excellent use of vocoder. ‘Horn of the Clock-Bike’ echoes hip-hop contemporaries with its continuous words over looping and little changing background but to much better, more eerie effect.

Throughout, the lyrics fight between being rhythmically in sync with the music and being interpreted or even heard well. Williams’ voice is over manipulated and played against itself too often with a jarring effect.  Although the rhythm and tone of the words are what drives and makes spoken word unique, Williams is well known for having clever and extraordinary word play. In this album however, the production and concept clash over and over again against this talent. The production overwhelms on tracks like ‘All Coltrane Solos At Once’ where some fantastic lyrics fight over repetition and overlapping vocal tracks.  The lowest moments appear on ‘The Bear’ where Williams sings off-key, despite his clear talent on other tracks. Dull tracks like ‘Down for Some Ignorance’ and the irritating chants and droning flow on ‘Roach Eggs’ do nothing to add to the overplayed concept.

There are more shining moments on the album however, where the recognisable flow breaks forth and combines with the glitches well. ‘Coltan as Cotton’, ‘Ashes’ and ‘Homes/Drones/Poets/Drums’ showcase Williams’ masterful control of language fantastically. The production is even welcomed on ‘They Think Like They Book Says’, ‘No Different’ and the music mixes beautifully with the lyrics on ‘Burundi’. Stand out lyrics include the clever phrase “Terabytes in C Major” and the visceral shout of “I’m a virus in your system/Fuck your history teacher, bitch, I’ve never been a victim.” The album also features some interesting collaborations between Williams and others including Emily Kokal of Warpaint on ‘Burundi’ and Haleek Maul on ‘All Coltrane Solos At Once’ provoking interest in future work that has already been hinted at.

Although the production and music has stepped up over the years in Williams’ work, the lyrics have never suffered because of it, always being the focus of his projects. Martyr Loser King however finally crosses that barrier and loses something for it. As a conceptual piece of work, it also suffers. Concept albums should be a narrative, not just variations on a theme, especially when it gets this repetitive. The concept warps and breaks down some aspects that could be amazing without it, just like glitch art could easily ruin something beautiful.