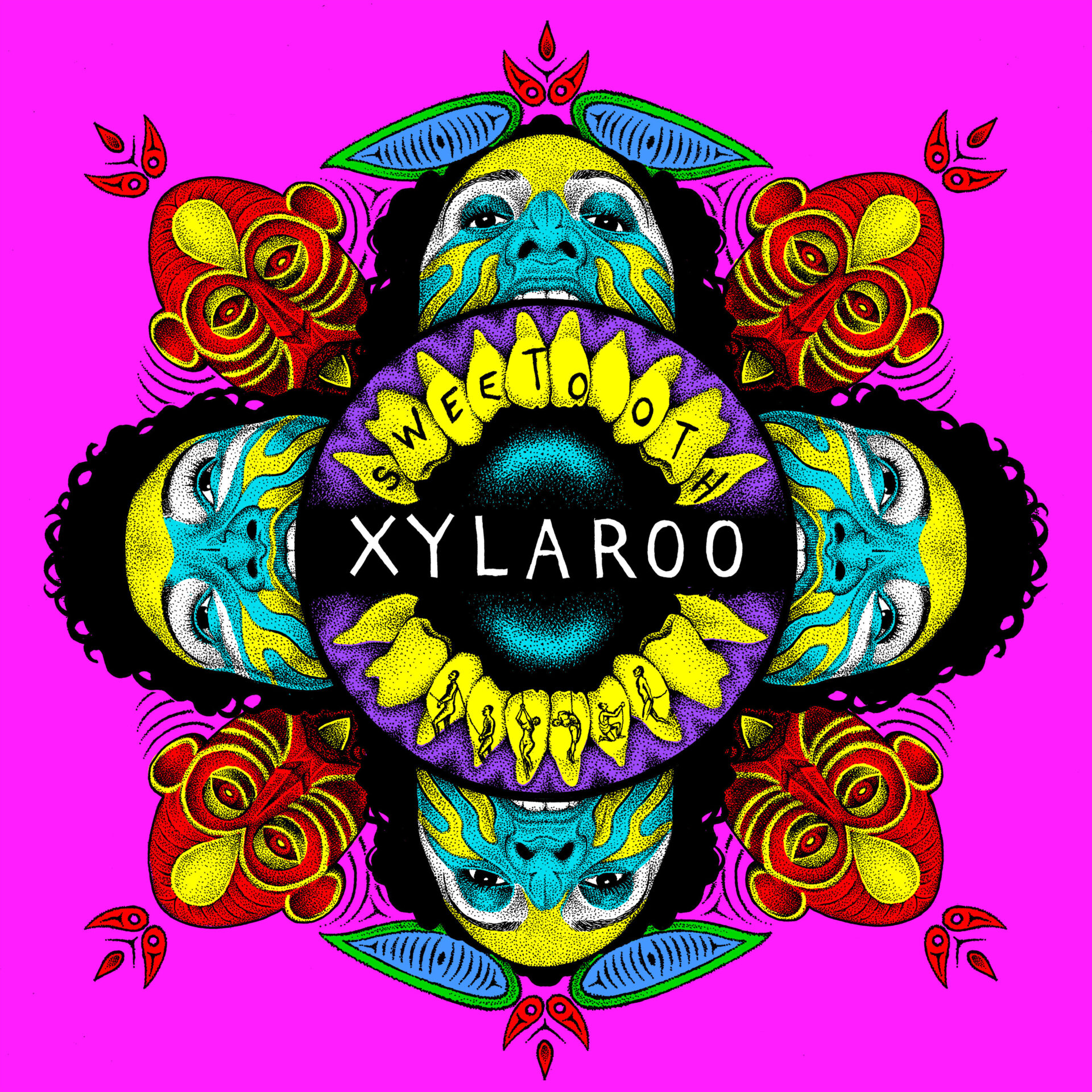 To have a license to write folk music, you’d need to have lived through and experience a bulk of contrasts. Although sisters Coco and Holly are only 23 and 25 respectively, they’ve home-hopped prolifically – from the hot climates of Papa New Guinea, Hong Kong, Sri Lanka, Philipines to habituating to rainy Canning Town, London- in a short space of time that they qualify for more than just a provisional. Their debut album Sweetooth demonstrates that their sporadic migration has nurtured a mature and conscientious view on actions and decisions. Relating to the abstract satantic figure on their album sleeve and the record’s gluttonous name, Xylaroo focus on the nature of sin as a consequence of free spirited and self destructive behaviour. Examples of such self indulgence include Jazz-antifolk fusion track ‘Set Me On Fire and Send Me To Canada’ documenting an endless involvement in two deadly sins; lust and greed. Then there’s ‘Consume Me’, an intoxicated night out turned into the rapture, something also mirrored on Boom There Goes The Sun’ which is either equally apocalyptic or a dramatic description of sunset.

As charitable ambassadors of community (CALMZone, Solace Women’s Aid), the duo weren’t shy to utilize Facebook to request for images from followers that embraced the concept of” fun/partying/being foolish” to decorate their video for single ‘On My Way’. When pairing this with sunny Graceland rhythm it seems harmless but Xylaroo’s mind games mess with association and interpretation with the duo revealing that the consequence for 21st century humanity’s promiscuous senselessness could lead to front row seats in hell. Where Xylaroo charmingly predict they’ll meet condemned occultist Aleister Crowley.

Opener ‘Track a’ Lackin’ suggests that they’ve already encountered Lucifer, haunted and taunted by his presence “I saw the devil walk by with the look in his eye, he said what you’re gonna do? Nobody even remembers you.” giving off a similar vibe to Robert Johnson’s demonic tale ‘Hellhound On My Trail’. Furthermore in ‘Devil In Me’, the sisters reveal that the devil is less of physical entity and instead a representation of the evil within everyone as they question the structure of God. It’s a bold statement and one that makes it easy to compare them to blunt (although the Swedes are more on the atheism spectrum) harmonic sisters First Aid Kit. Their courageous modern approach to gospel-acoustic folk aided by Xylaroo’s courage at using expletives- at least 4 tracks need editing before reaching airplay.

‘Sunshine’ encapulates the ultimate lesson from the vagabonds’ discoveries, the theory of balance, quoting country musician Dolly Parton: ‘If you want the rainbow, you have to put with the rain” but disappointingly, the duo don’t utilize their exotic world-travelling often enough musically as much as the comparative Ibeyi, occasionally straying into North American folk with alternative rock assistance. Nonetheless like the regular false endings to their songs, the enigmatic definitions of their band name and the title of their fictional home ‘Lonpela Taim’, Xylaroo have fun teasing with their audience and the ghosts of their past.