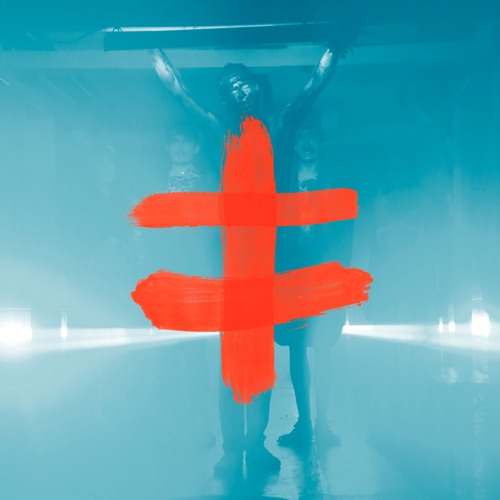 Coming out of what fans thought was their retirement – creating a documentary called The Last Concert creates assumptions – Copenhagen-formed orchestral indie folk group Efterklang have reappeared with their fifth album Leaves: The Colour of Falling. Although they have been assisted by outside help in their previous albums with co-producers, orchestras and choirs, Leaves… sees them aided by five opera singers that alternate between songs and a film score composer for the first time, compatriot Karsten Fundal. This is because Efterklang’s latest innovation Leaves… was primarily intended to be just a visual piece of performance art.

Executed in a nuclear basement of an extinct Copenhagen hospital over the course of 16 nights in August and September 2015, audiences were treated to an intense gothic opera lasting 110 minutes. The story is about a cult created inside a Cold War bunker that contains members of borderline psychotic and traumatised characters.

With Efterklang already showing an interest in the concept of decay on their previous album Piramida, they’ve worked with poet Ursula Andkjaer Olsen to explore how Autumn leaves gravitating to floor symbolises the inevitability of demise. A operatic performance kept exclusive and mysterious by being unfilmed needed to be documented permanently and translating this to record was the sensible next step but how well does it work without the visuals?

Even though there are clear idiosyncrasies of Efterklang on the album including repetitive loops, patient builds, moments of choral and orchestral beauty, the temperature of the album is much colder than their earlier works. The chilly nature reflects the season of Autumn and the uncomfortable compositions purposefully reflects well the murky mise en scene of the story.

The descending chord structure (electronic and flute-like) that is used as a motif on the album and notably on ‘Imagery on Perfection’ is powerfully effective at picturing the state of falling into the abyss. The shiny squeaks and screeches on ‘Spider’s Web’ both imagine the unknown haunting noises that can torture in a bunker and a dream-like hypnotic state. The mind of the characters being “what is real and has paranoia set in?”

Vocalists sound scared and horrified and in a shivering state of panic helped by the technique of opera singing. This emotive and passionate style can be beautiful, like the way it’s sung in an engaging and empathy-inducing manner by Katinka Fogh Vindelev on ‘Stillborn’, a track that delightfully brings to mind the boy that sings in the Peter Greenaway film The Cook The Thief His Wife and Her Lover.

Although there a few downsides to this opera approach. Firstly, it’s usually one of the most incomprehensible methods making it hard to identify what could be very meaningful lyrics. Secondly, it can be alienating. Efterklang fans less fanatical about opera may find this characteristic tiring throughout the album, especially as the album reaches it’s final quarter.

In this section, the operatic singing – along with a nightmarish Angelo Baladementi type aura – grows extremely intense, leaving the listeners feeling nauseous and dizzy by the end of the album. Much like the experimentation gone too far on the equally ambitious Shaking The Habitual by fellow Scandinavians The Knife.  Yet when you consider the album’s story and Efterklang’s aim to translate the intense experience to CD, this has got to be intentional.

This is commendable but as a listening experience it’s not always that enjoyable, spiritually fulfilling like their other records and lacks repeat-ability,  jeopardised by far too many silences and disruptive gaps in interesting tone that would have been less of an problem on stage when the responsibility allows relies on the ocular.

Nevertheless, Leaves: The Colour Of Falling is one of the most challenging records of the year and is another example of a Danish act (following on from Agnes Obel view on glass last month) rethinking the environment around them. We’ll never see Autumn the same way again.