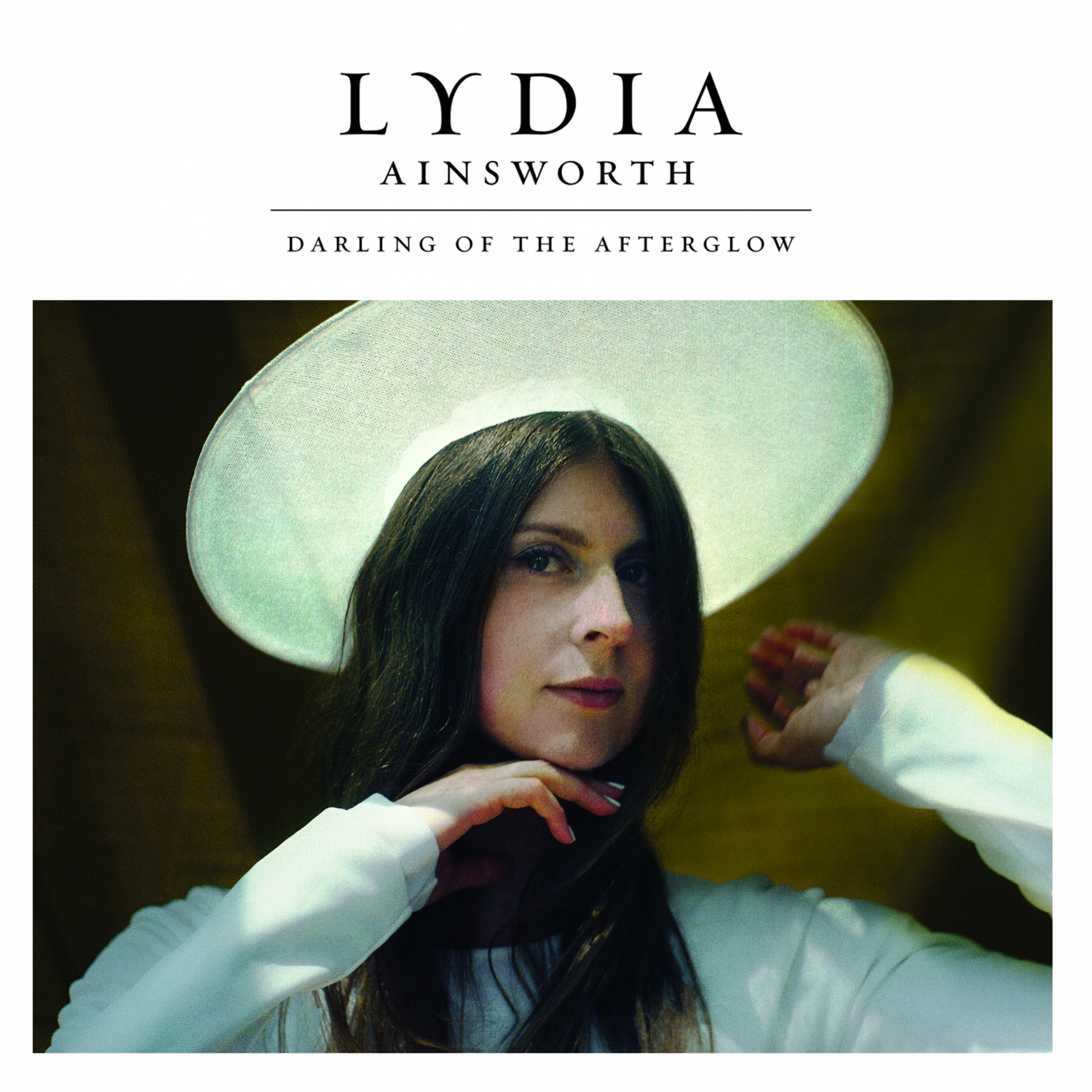 In the past decade, there hasn’t exactly been a dearth of Kate Bush acolytes. Natasha Khan (Bat for Lashes) explored Kate’s hunger for percussive sound. Joanna Newsom, and Florence + the Machine went for harp gilded sylvan paganism. Marina and the Diamonds took some of Bush’s vocal ticks and magnified them. Vocally, none of them came as close as Lydia Ainsworth did on her 2014 set Right from Reel – a pairing of her two intoxicating EPs, but one that sounded like a complete work. The purity and high register of Bush’s voice echoed throughout.

On Darling of the Afterglow, her second release, Lydia finds her own voice. At first listen it feels like she has become less interesting as she went in search of that voice. She’s dropped a semi-tone or two and that has moved her away from her previous vocal tone. Her phrasing is now accented with Middle-Eastern, Balkan and Celtic flourishes, trills from which provide much melisima – (that annoying thing where Christina Aguilera sings 27 notes when one would do)

There’s been refinement of her production, too, which is evident from opening track and lead single, ‘The Road’. Throughout the album clarity and detail are enhanced as she gives the layers room to breathe and separate. Single piano notes drop. Minimalist, post-Timbaland xylophonic clicks abound and electronic squiggles arrive unannounced. It’s less self-consciously quirky than Right to Reel, and has a more natural sound over all. In several places the music brings to mind the subtle playfulness of Yeasayer‘s Fragrant World. No more so than on third single and highlight ‘Into the Blue;, with its side-chained synth and processed voice creating a disorientating reverse effect pulling you into the chorus. There’s treated vocals everywhere. It’s sometimes hard to tell if she’s able to do some of these things with her voice or if it’s studio trickery.

Piano and banjo are paired to wonderful effect on ‘What Is It?’. Bizarrely, ‘Ricochet’ recalls ’00s pop-starlet Jojo‘s ‘Too Little, Too Late’, albeit without the obvious pop hooks. During ‘Open Door’s’ first half we’re treated to ethereal piano prettiness which gives way to a second half seemingly based on a hybrid of Arcade Fire’s ‘Rebellion (Lies)’ and the dramatic closing of Kate Bush’s ‘Sat in Your Lap’.

A cover of Chris Isaac‘s ‘Wicked Game’ appears in the second half. In a contradiction of sorts, it is executed much more successfully than Lana Del Rey‘s Wicked Game-inspired song ‘Blue Jeans‘ and yet seems to exist in its shadow. Including cover versions of well known songs in an album of original work is a gamble. Even more so when the style interrupts the flow of the album, as it does here. It’s by far the least adorned track on … Afterglow – it’s mostly piano and vocal. It would be more effective as a hidden track or at the very least, the closing piece. Placing it after ‘Into the Blue’ risks undermining the development of the sonic world of the album. It’s not that the track is without value, but it hasn’t earned its place in the body of the work.

Classically trained Ainsworth showcases her multiple talents on Darling of the Afterglow, not least of which are her production skills, and the strength of this material should see her stock rise considerably, given the right exposure and the attention it warrants.

Darling of the Afterglow is released by on 31st March through Bella Union.

1 thought on “Lydia Ainsworth – Darling of the Afterglow (Bella Union)”