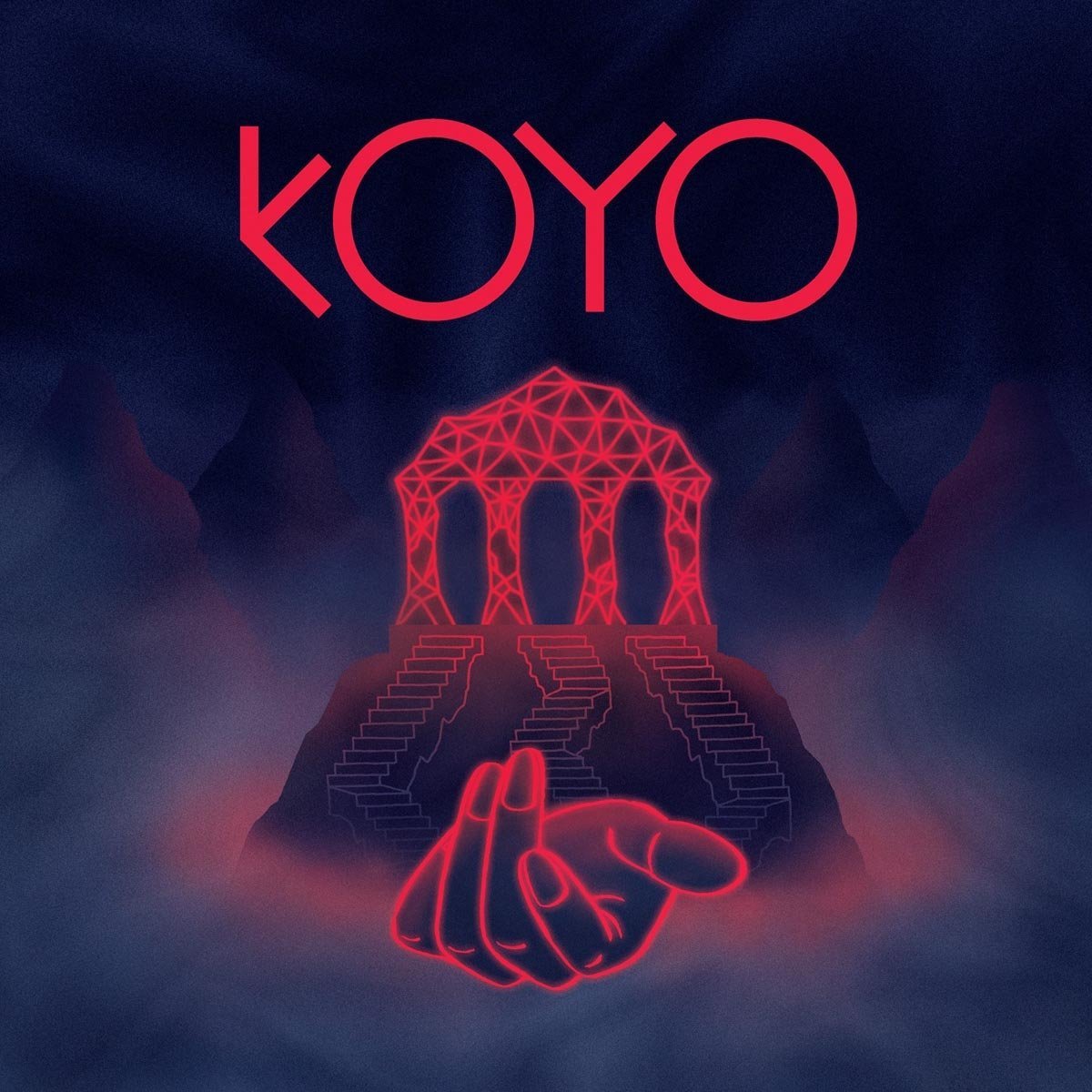 Every once in a while something gets passed in your direction that changes the course of everything. KOYO, the debut album from KOYO, is that something.

As anyone’s album anywhere in their career, this would be special but as a debut it’s pretty mind-blowing. So far, they have built their young career on their live power. Wherever they are on the setlist, no one will be able to match them. KOYO adds another dimension. It has plenty of surprises and reveals a vulnerability that is kept shielded on stage.

KOYO have the wizardry to control and guide your emotions and, as such, this album is utterly immersive. As to be expected, there is plenty of technical complexity to satisfy those muso enough to understand how it is all put together. On the surface, the subject matter is taken from everyday life. The last single ‘Strange Bird’, indeed, seems to be about a strange bird but like Blake, KOYO transform the mundane into something transcendental. They alter dimensions by layering electric guitars with acoustic guitars and then keyboards and effects. There are perhaps four lines in the lyrics of this song and yet the tingle in the air is tangible.

There is always an edge of melancholy in Huw Edwards’s voice, as if he perceives the world more intensely than most. Slower and quieter tracks, of which there are no sign in their live set, are perturbing in their beauty. ‘The Beauty In Loneliness’ segues straight from the strength of ‘Jettisoned’. The quiet trickle of water and acoustic guitar have you immediately beside some waterfall inside a cave before you are rescued by the rest of the band. KOYO are masters of the unexpected. The song twists and distorts as if you are in a musical Hall of Mirrors.

‘Release’ is another quieter track and is KOYO’s Leonard Cohen moment, except there is far more to them than another woman in another city. They have the ability to slow down time. ‘What Is Mine’ has the addition of Kari, the superbly talented Polish vocalist. Together they sing this like a haunted Simon and Garfunkel.

For the rest, you have a series of musical mosaics. ‘Ray Of Sunshine’ is a significantly heavier track complete with hysterical siren, sounds of an apocalyptic night and ending on an out of control Wurlitzer. Thanks, Jacob Price. ‘Jouska’ is the crashing of the brightest sunrise out of the ocean with an arpeggio that acts like sorcery. This is without even mentioning the first two sublime singles ‘Lost In The Kingdom’ and ‘Tetrachromat (Part 1 and 2)’, the former a well-deserved Track Of The Day in May.

So many of these tracks transport you to a strange Lewis Carroll place where sometimes you are bigger and sometimes you are smaller than you really are. Everything here is more intense; the colours are brighter; the sounds are more moving.

Welcome to KOYO-land. A world very, very far away.

KOYO will be released on 15th September 2017 through 88 Watt Records.