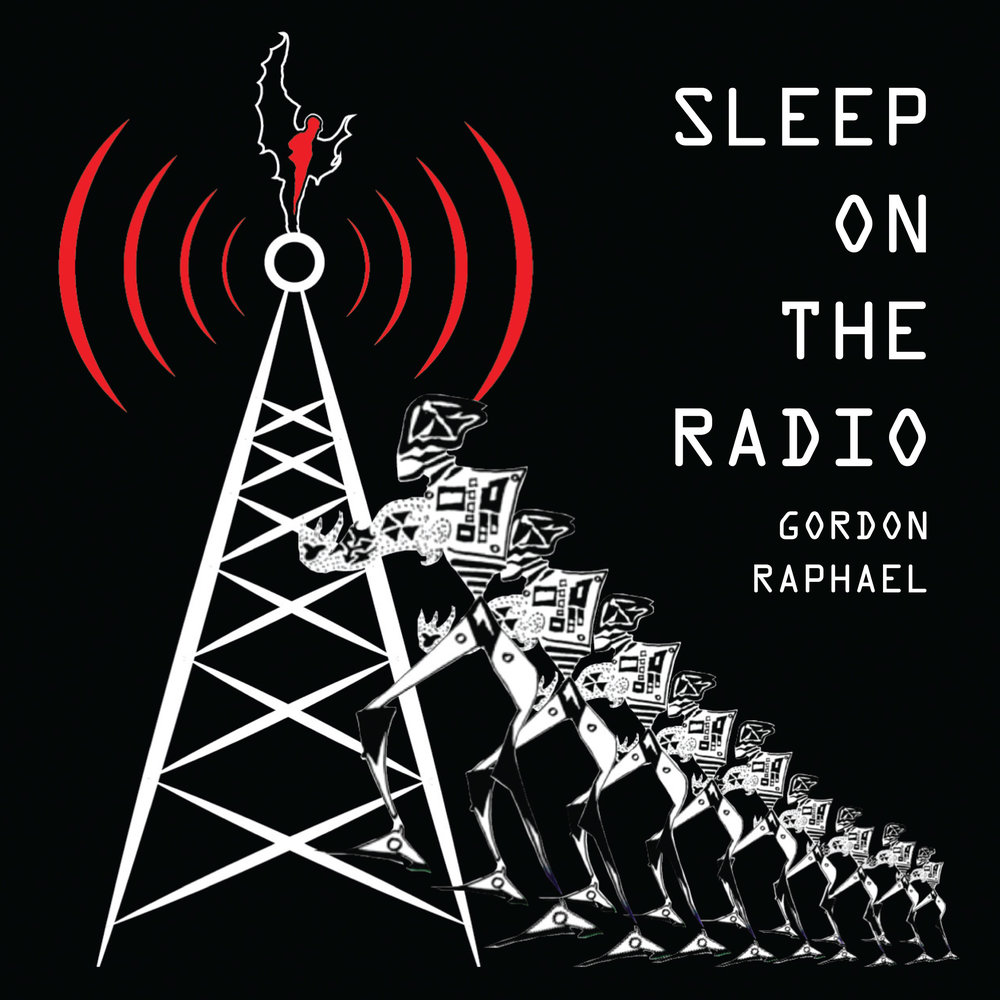 Irrefutably best known up to this point for his work with New York trailblazers The Strokes, this is perhaps surprisingly producer Gordon Raphael‘s first foray into the world of the ‘solo singer-songwriter’, and it’s a baffling, sprawling mess. The thing is though, I don’t mean that as a damning critique; rather that it is somehow endearing. It’s just that it’s all over the place. Take, for example, ‘I Said‘, which is like David Bowie circa Tin Machine, a period of his career which was largely panned but actually holds up quite well today (honest!), or ‘Savage‘, which harks back to Tubeway Army‘s number one smash ‘Are ‘Friends’ Electric?‘ and feels like Raphael is giving you a playful wink as though its title is in itself a nod to Gary Numan‘s own present hit long player.

One thing you won’t be taking away from your first immersion into ‘Sleep On The Radio‘ is a deep rooted desire to sing these songs out loud on your way home from kindergarten – there is no irritating nursery rhyme infectiousness about them, for they possess more of a slow burn that becomes so incessant that it feels like gradually conducting, unmyelinated C fibers. And no, I have no idea what that means either, but it came up when I Googled something to better describe something with a “slow burn”. Often they have that kind of prog-meets-punk thing going on – maybe best evidenced on ‘A Balanced Excess‘ – that Punishment Of Luxury (the band, that is, not the latest OMD album) attempted with varying degrees of success in the late seventies, except with an added element of rootsy rock and roll incorporated too.

I suppose you could argue that ‘Seven Stars‘ bucks the trend somewhat, for it does include several more immediately memorable passages than the rest of Raphael’s debut record, but it kind of sounds like it might have slotted onto ‘The Second Coming‘ or, to some degree, something by The Seahorses. After all, while the Mick Ronson style riffery is self evident, there’s definitely a John Squire vibe going off in several places here.

But then, just when you’ve eased into aoto-pilot mode, Raphael hurls a huge meteorite in front of you and we are forced, rather dramatically, to change direction, courtesy of ‘Ring Of Gold‘, which begins as though The Chemical Brothers have leapt into the control box but then becomes something more in keeping with eighties underground indie luminaries Kitchens Of Distinction. We’re back into Bowie territory after that, with ‘SWDWSWT‘, (effectively “she won’t do what she wants to”) and then it becomes apparent that this whole thing has more than likely been based around the great man’s so-called ‘Berlin‘ trilogy circa 1976-78. And hey, if you’re going to use another artist’s work as your template, then really, why look anywhere else?

Disjointed, at times a tad confusing, but somehow appealing enough to whet your appetite for a second album, should it be forthcoming.

Sleep On The Radio is released on 27th October through Zero Hours Records.