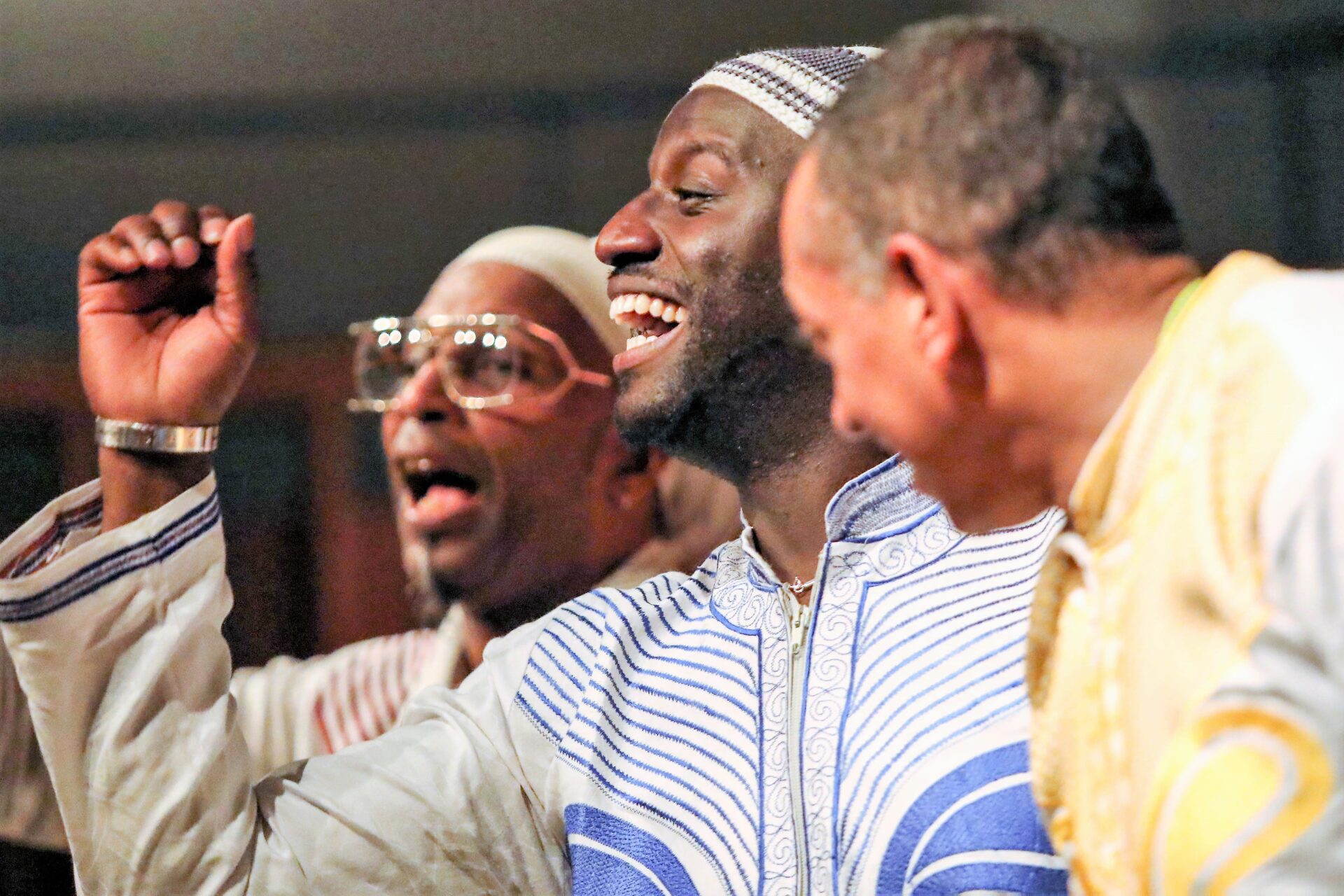 Life is not always like this but tonight, for a couple of hours at least, it is such a beautiful thing. And the reason for this state of increased emotional well-being is having the immense privilege of spending time in the blissful company of Omar Sosa, Seckou Keita and Gustavo Ovalles listening to the incredible music that these three men produce.

The Cuban jazz pianist, band leader and composer Omar Sosa and the Senegalese kora (a 21-string lute-bridge-harp) player Seckou Keita are here in Leeds as part of an extensive world tour showcasing material from their first collaborative album Transparent Water. They are joined for the occasion by Gustavo Ovalles, the celebrated polyrhythmic percussionist from Venezuela and a man who has worked extensively with Sosa in the past. The three men may well all speak different languages – Sosa speaks in English with Keita; Keita talks to Ovalles in French; and Sosa and Ovalles converse in Spanish – but when they play together they communicate fluently in the universal language of music.

And it is freedom that is the key to the music they make. A strong classical influence pervades Omar Sosa’s music but one of his true heroes is Thelonius Monk. The great American jazz pianist and composer once said that “jazz is freedom” and Sosa adheres resolutely to this fundamental principle all evening as he, Keita and Ovalles coalesce to create a visceral, liberated sound, one that locates subtle Afro-Cuban jazz melodies and rhythms within a much wider world music dimension. The end product is quite simply breathtaking.

Such is the ease with which the trio perform, how effortless and spontaneous is the sound that they create, it is difficult to comprehend that Transparent Water was some five years in the making. Shortly after having first met back in 2012, Omar Sosa and Seckou Keita recorded the basic tracks for what would eventually become the album. Sosa then travelled the world working with various other musicians – including Gustavo Ovalles – as the project was enhanced, refined and further developed, culminating in the record’s release earlier on this year. 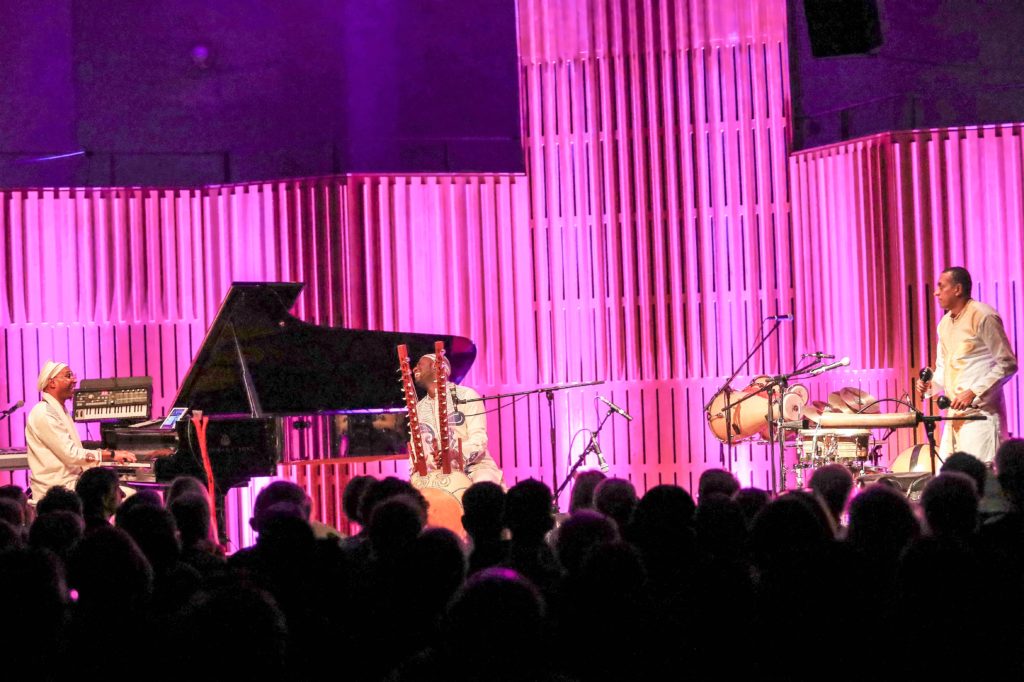 Transparent Water is a celebration of this most basic of natural elements in Omar Sosa’s tradition, yet it also highlights the difficulties certain African countries continue to have in producing clear water. The album’s title also conveys some of the philosophical concepts that lie behind its creation, those of openness, simplicity and serenity. And it is these core values and beliefs that Omar Sosa, Seckou Keita and Gustavo Ovalles bring in abundance to the Howard Assembly Room tonight.

Uninhibited, intuitive and reflective, the music that the three men create here on stage is born of integrity, love and a huge mutual respect both for each other and the audience. They generate a genuine sense of community spirit in the room, no more so than on ‘Mining-Nah’ when the crowd engage with Seckou Keita in a rousing call-and-response dialogue built around the song’s title.  The music itself stretches across the globe from Latin America to West Africa by way of the Far East, drawing upon a range of styles that include Cuban jazz, exotica and the avant-garde each one combining in a mesmeric landscape of transcendental, improvisatory sound.

2017 has been a tremendous year for music at the Howard Assembly Room. It has bore witness to some absolutely wonderful shows, including those by Aziza Brahim way back in January and, more recently, Bill Frisell, but none of these performances come anywhere near the spellbinding expression of artistic brilliance that we all experience here tonight.

Some more photos from this show can be found HERE