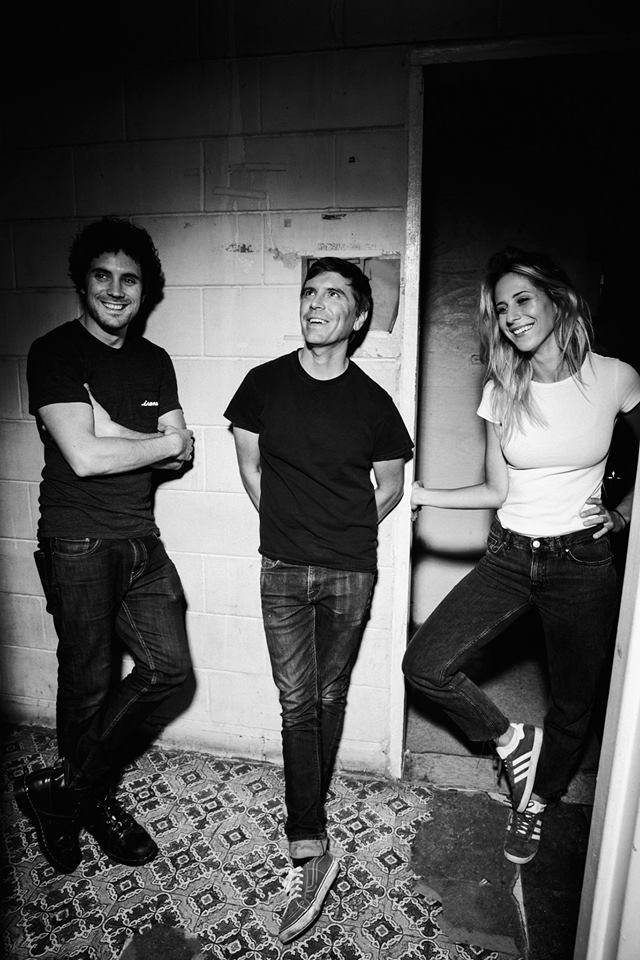 Approximately 45 minutes into the pulsatingly frenetic set by Bully, there is a rare lull in between songs as the blonde vocalist re-tunes and sucks in the last remaining traces of oxygen from a room heavy with sweat and youthful exuberance. As she squares up to the crowd for one last pummeling a lone cry comes from a young, intoxicated youth. “ALICE, ALICE, ALICE!” he chants in his best monotone football mantra as the object of his desire looks up sheepishly and calmly utters “Thanks…but my name is Alicia!”. Oh dear, hashtag epic fail as his mates would doubtless mock. It was never like this in Eric Vedders’ day.

Bully are in the country to promote last years cheerfully nihilistic album ‘Losing‘ which was the very antithesis of what anyone might expect from a band straight outta Nashville. Two albums down the line and they have already cultivated and regurgitated an early ’90s vibe which resonates with the familiar twang of a Pixies opening or a good old-fashioned Sonic Youth thrash. Alicia Bognanno is a blur of white hot intensity as she hollers her way through track after track of loss, desperation and the mundanity of masturbation whilst maintaining a thrilling thread of excitement which runs through their catalogue like Blackpool rock.

There maybe only 50 or souls tempted out on a Monday evening but those present appear to know the words, the chord structures and the precise moment at which to leap with careless abandon into a form of middle-class moshing which all seems too polite. Shame they can’t get the lead singers name right but hey, this is 2018. Bully, in contrast, are a study in nominative determinism as they cajole, induce and press-gang the crowd into bloody well enjoying themselves through rapid run-throughs of ‘Feel The Same’, ‘Either Way’ and ‘Kills To Be Resistant’ which are all rapturously devoured before the subtle ‘Focussed’ lulls all present into a hypnotic slumber which is only broken by the sinister slow-build and blood-curdling yelping of its conclusion.  Bully may appear just another bunch of post-grunge wannabes who were born too young but this is a band seething with frustration and boy, does it show?

Bognanno may have the grace and charm of a primary school teacher but at times she lets forth the serial killer within and I for one wouldn’t argue with her on gender issues. Or get her name wrong. The evening ends as rapid as it started with two whirlwind numbers. Firstly, a balls to the wall rendition of ‘I Remember’ off their debut album Feels Like before downing tools with a cover of the Mclusky classic ‘Lightsabre Cocksucking Blues’. By the time I leave the venue, the band have packed up, shifted some merch and headed off to lay waste to another provincial town.

Music is designed to be many things but I will never, ever tire of holding a beer in one hand and my preconceptions in the other as I watch another generation of music fans and artists come together and discover the visceral thrill that only live music can provide. If all this sounds too romantic then I’m sorry, but occasionally you need the wax blowing from your ears and the cobwebs from your eyes and stop being so damn precious. Bully have angst, they have allure and they have some cracking tunes. They are, without doubt, the best Jim Bowen tribute act I’ve ever witnessed.