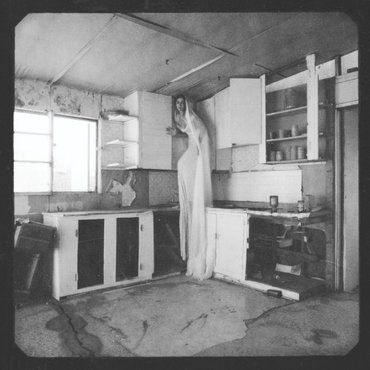 Thought provoking to say the least, if timeless noir character studies are your thing, Vera Sola’s Shades is arguably the most introspective, and cathartic record to pass these ears in a while. A long-time member of Elvis Perkins’ band this is Vera’s debut solo album. Evidently not one to beat around the lyrical bush she has already stated about lead track, ‘The Cage‘ that, “it’s a retelling of the second book of Genesis. It’s sung from Eve’s perspective, until about three quarters of the way through the song when it switches to the voice of God. Since it’s about biblical ‘first woman, second person’ it’s by extension the story of any femme-identifying individual living in a patriarchal society. It wasn’t till I’d been singing it a while that I realized it was also a uniquely personal reckoning with my own sense of self and identity. Not just as a woman, but as a person who’s spent their life in the long shadow of who and what I came from” as she jumps feet first into a rich vein of darkly metaphorical ghost-folk.

The song itself is the most overtly angry and avant-leaning, amongst the mostly sober themes of Shades, but this schematic approach to songwriting delivers an otherworldly, almost cursed reflection, in the vein of Lana Del Rey at her deepest or, more prosaically, DBUK’s Songs One Through Eight album. In fact each song on Shades explores the story of a different feminised character. The singer uses her background in poetry, and upbringing split between New York and a farm in Canada, to examine the generalities and subtleties of the nature of this, but without the intrusions of modern influences so, like American Gothic but with the pitchfork firmly in the female grasp.

Recorded in St. Louis at Native Sound Studio, Vera wrote, played and arranged all of the parts herself, creating layers of sounds using traditional instrumentation that is both complex and sparse. Shades is a world of lone marching drums with choirs hidden in the shadows; the disarming cover shows the singer prone vertically between a worktop and cupboard next to a broken single-pane window. ‘The Colony’ is a pitch-black Mexicana, or take a moment to dwell on the occasional moments of lone vox before the words are interwoven back into the music (similar to Neko Case but with the dark whimsy of her ex-bandmate Kathryn Calder in Frontrunner) and you start to see the wider aural picture Shades paints. None more so than on ‘By Mothlight’, a violin ballad with a subtle musical twist at the end and one of a handful of hanging peaks on this record. But, in opposite, all too often there is only this deadening negativity rather than the cavernous depths we might despairingly hope for. ‘Loving You Loving’ is a failed love song rather than a song about failed love, the minimal glockenspiel and slow circular rhythms of ‘Circle’ are self-explanatory in its lyrics, “for the lovers, for the killers, for the liars” and their repetitive nature in the cycles of life, while ‘Black Rhino Enterprises’ is both oddly pragmatic in its name and out of place in its relative breeziness musically. So, this is also a world where everything is somewhat signposted, occasionally diluting the overall effect.

However, the more subtle ‘Small Minds’ is Portishead-like in its haunting portrayal of (an at least mentally) abusive relationship (“I want to hurt you but I won’t”) which brings to mind ‘He Hit Me (And It Felt Like A Kiss)’ by The Crystals in style as well as content; and ‘New Nights’, which by adopting the quiet/loud aesthetic more discernibly is an easier listen but, like large sections of Shades, fails to make full use of a blank canvas of possibilities (and redemptive opportunities lyrically). A final crescendo of sorts, although phoned-in, provides some relief from the monotony and perhaps that is the point, some kind of artful but frustrating message staged somewhere within.

The self released Shades is released on 9th November on Spectraphonic.