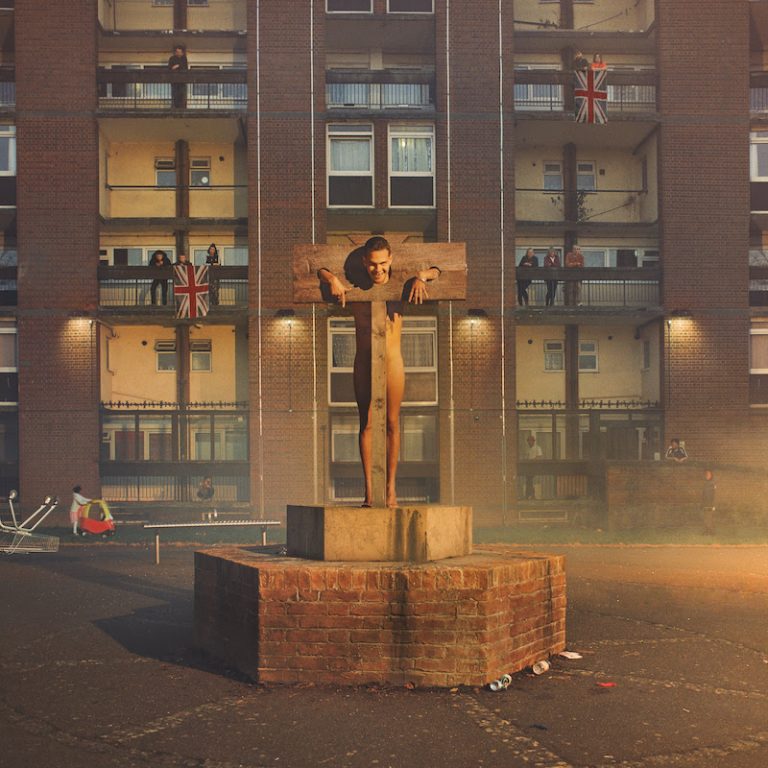 The great musical linguists of the last fifty years, from John Lydon and Mark E Smith to Mike Skinner and Ghostpoet, had the ability to subvert and disquiet while blending ingredients like alchemists into something new and daring that immediately set a new standard without distancing the listener too much from what came before. PiL’s Metal Box embedded dub into the post-punk aesthete while Ghostpoet crossed the gulf between (and addressed the elephant in the room that was) poetry and hip-hop.

The title track and opener of Northamptoner slowthai’s debut long-player may initially sound like a reworking of The Streets’ ‘Turn The Page’ but by bringing back bad-ass sass from the bling and the guns of drill to something more relatable to all while also calling out the EDL, the East End of London and Kate Middleton in the process, the gloves are off from the start, a proletariat call-to-arms and a youthful beacon of hope. I mean, he calls the Queen a cunt so, what are you gonna do? But slowthai is a street punk, an anarchist, and his music is best delivered in the amphetamine fuelled and chaotic spirit of ‘Doorman’ (think Slaves but in a dank pirate radio basement, Bradford oiks Spinn dosed up on purple drank or if Wiley had been brought up on rock ‘n’ dough), the most purposive laudation of a night out since ‘Blinded By The Lights’ or ‘Fake Tales of San Francisco’.

His latest single release, ‘Gorgeous’, may not be his most immediate effort but the piano ballad of sorts gets deeper with each listen, a skill in itself and something Mike Skinner only really mastered on his second concept record, and while the concept here may be more overt the familial and emotional ties of ‘Gorgeous’ give us a unique peak into what brought Tyron Frampton to this point in his life; the snooker halls, the gyms, his beloved Northampton FC and, most of all, the socio-political issues affecting working-class and minority communities outside of the big cities and the effects on self-esteem that can run through generations. As he spits, “reflect and feel ugly, compare to see the worst, the truths we’ve learnt taking turns, chucking stones in glass homes, gorgeous with self-worth, you’re gorgeous with self-worth”, it has the same lingering effect as when A Grand Don’t Come For Free eventually unravels.

Unlike Sleaford Mods’ outdated odes to dole queues, tracks like ‘Missing’ and ‘Northampton’s Child’ pivot on themes of marginalisation and support networks (or lack thereof) but realistically fraught, surging like rip tides through the emotions with an urgency only the passionately disaffected can genuinely muster. And disaffected he is lamenting, “growing up too fast, nothing don’t last..why waste your life trying to grow up when you can enjoy every moment” on ‘Grow Up feat. Jaykae’ and “there aren’t no rules just society” on the laidback ‘Toaster’.

And all sprinkled with samples and field recordings like a photo montage of Britain of the 2010s, from street level in a northern town. Postcards from the front. Skits, such as they are, are incorporated into the tracks rather than perforating the overall flow of the record so, at eleven tracks and 33-minutes brevity is also Nothing Great About Britain’s friend.
This is what Pete Doherty means when he clumsily talks about Brexit being good for music, this is the young spirit and simmering disorder that eventually leads to revolutions, and this is the sound of a man coming of age in the eye of a political storm, all hail slowthai. The most thought provoking debut of the year will have you flipping and reflipping until you know it all off by heart like a grim prospectus of the realities of life out there once we finally come out of the other side.

Nothing Great About Britain is released on 17th May through True Panther/Method.