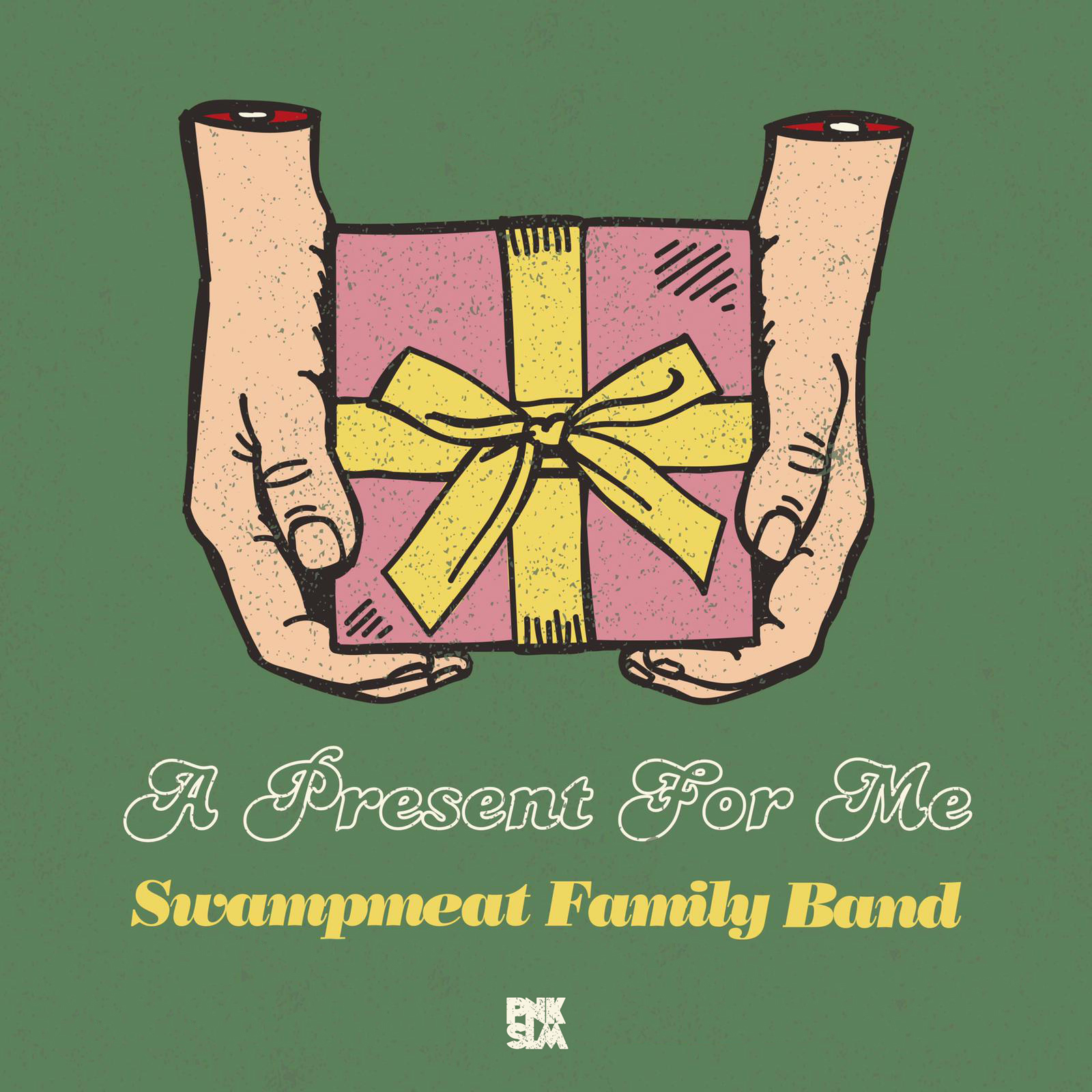 Swampmeat Family release their second LP in the spring of 2020- ahead of that they’re putting out a festive themed single entitled ‘A Present For Me’. Catchy and heartwarming the americana outfit deliver a swaying and affectionate tinsel tousled anthem. Today, we share the accompanying video, watch it below.

They say: ‘So we recorded a Xmas track in August which was weird but it actually turned out pretty decent. So much so that PNKSLM offered to put it out for the festive season. Ollie our manager suggested we up the good will factor so our wonderkid guitarist and art guru Tommy Hughes designed a killer Xmas card that has a download of the track included…

We’re gonna hock these at our Xmas show on Dec 20th at The Castle & Falcon and they will also be stocked at a few local record stores and dive bars. All profits will go to Birmingham homeless charities so hopefully we can do a little bit with our Xmas ditty to help a few folks out during what can be a shitty time for far too many.”

Led by vocalist/guitarist Dan Finnemore (formerly of Low Cut Connie and The Castillians) alongside drummer T-Bird Jones, bassist Richard March (of Pop Will Eat Itself and Bentley Rhythm Ace) and guitarist Tommy Hughes (of Terror Watts), Swampmeat Family Band made their debut in 2018 with the Too Many Things to Hide LP. Originating in the Swampmeat duo of Finnemore and Jones, which was active in the late ’00s and from which a compilation of old records titled Gin & Tonic was released in 2016) Swampmeat Family Band’s reputation as a live act have grown far beyond Birmingham,