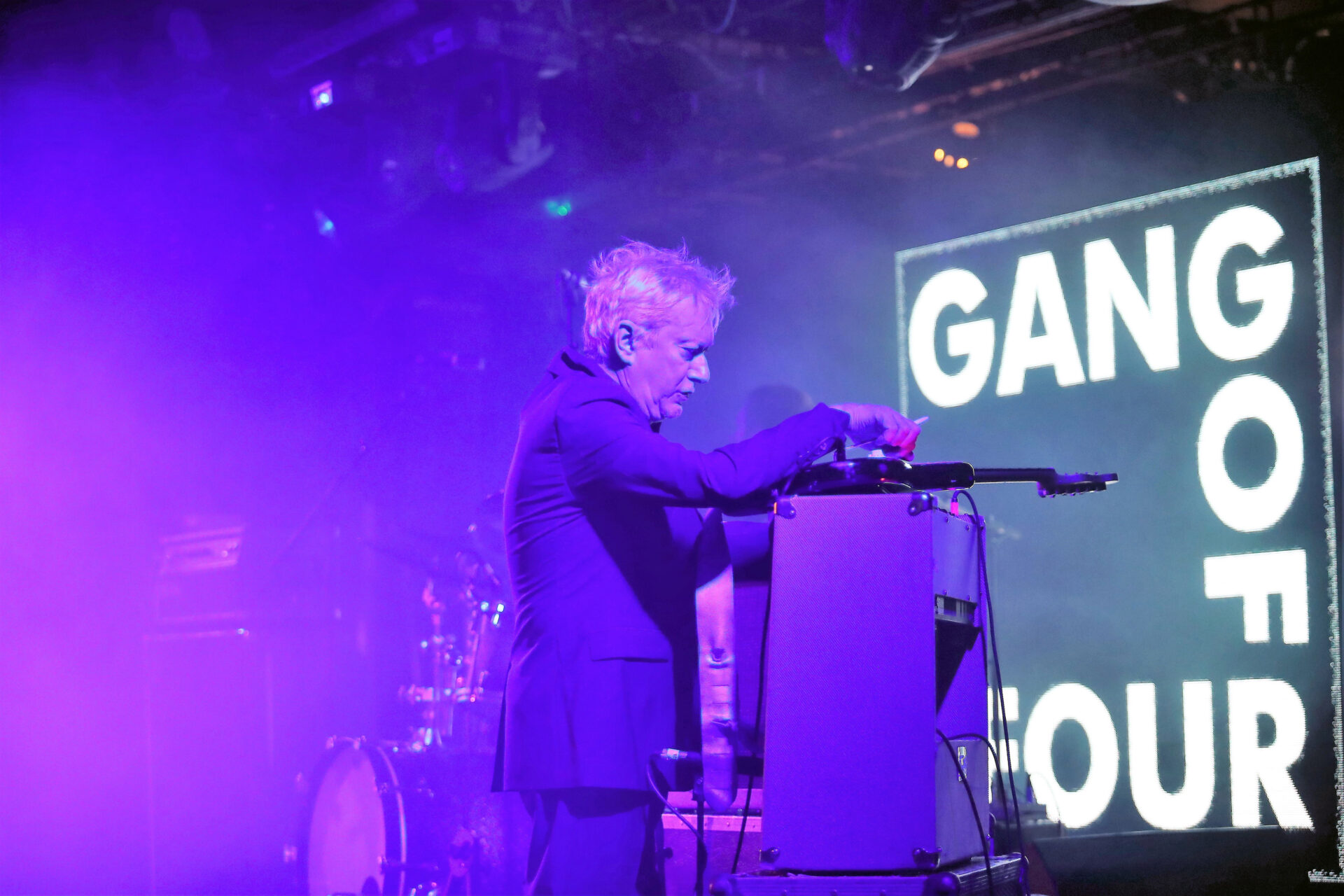 Andy Gill, guitarist and founding member of the Gang Of Four, passed away yesterday at the age of 64. Pictured here with Gang Of Four during their appearance at Butlin’s Holiday Resort in Bognor Regis in January 2018 as part of the Rockaway Beach Festival, his incredibly taut, distinctive, and expressive guitar playing contributed hugely to the immense influence of that band.