This week the BPI have trumpeted some rather impressive sounding figures about UK streaming and sales in 2020, boasting about the industries “exceptional performance” in music. Revealing that during lockdown “more than 155m albums were bought or streamed in 2020, an increase of 8.2%”, according to record label body the BPI.

But dig a little deeper and these figures shine more light on the inequalities in the streaming model that are being challenged by the #BrokenRecord campaign. Issues which are being discussed during parliamentary inquiry into streaming that began last year.

They report: “Lewis Capaldi, Harry Styles and Dua Lipa were the three biggest-sellers of the year. Streaming now accounts for 80.6% of music consumption in the UK. Fans played 139 billion songs on services like Spotify, Amazon Music and Apple Music in 2020, up by more than a fifth (22%).”

The amplification of major name artists reflects the fact that the streaming model benefits and reinforces a top tier of major label artists while everyone else struggles, as Guy Garvey put it to “pay their rent.” Also the news reveals that no artist last year achieved platinum status for album sales which is both a reflection of the decline in physical sales and the increasing dominance of playlist culture. They continued:

“A new analysis from record labels association the BPI reveals that 1 in every 10 songs (10.1%) streamed around the world is by a British artist. The UK’s share of global streaming is four times greater than its share of global GDP (2.2%), underlining the UK’s exceptional performance in music.

Tom Gray who has been leading the Broken Record campaign for a fairer share from streaming for artists since last year, believes this highlights the inequalities in the system with the three major labels Universal, Sony and Warner in controlling not just the rights of music but the majority of the profits and then patting themselves on the back for that at the same time. Before the Covid lockdown Major labels were making “£22 million a day” whilst artists struggled financially, which has only been thrown into even sharper light since with the closure of the touring circuit during the pandemic.

“We know the major labels have 70-80% ownership of the market,” he offers. “Not ownership of all music, of music that makes money. We know it’s nearer to 90% of the global top 50 streaming tracks. “ He points out that of the top artists like Dua Lipa, The Weeknd and Lewis Capaldi who are actually benefitting from streaming are major label artists so those labels are making more profits, whilst independent and self-releasing artists share the rest. 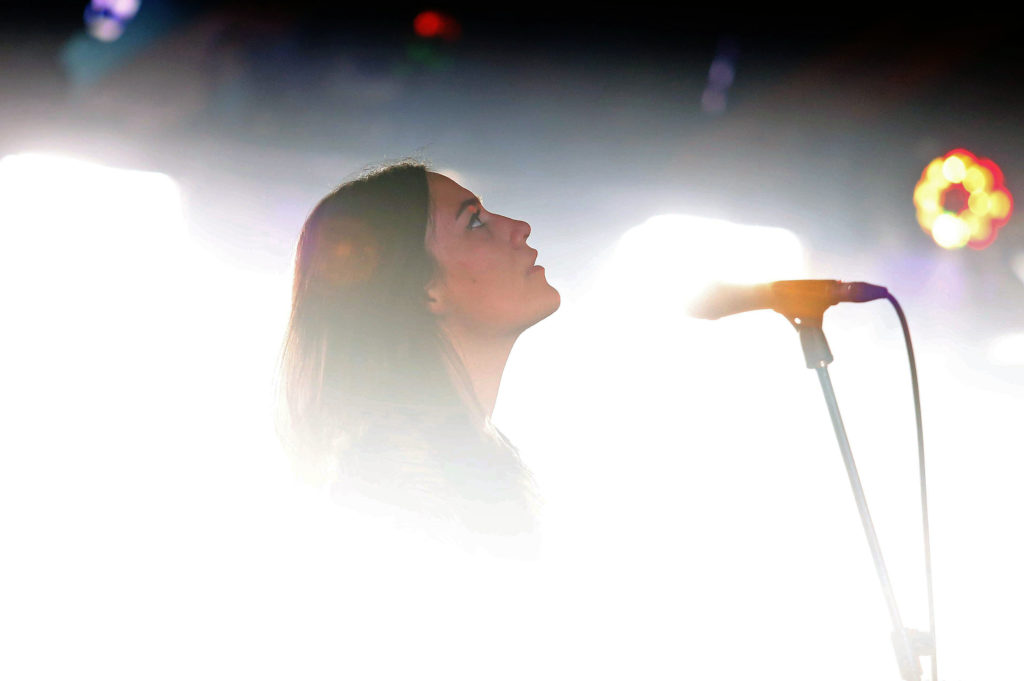 Mercury Music Prize-shortlisted Nadine Shah, who spoke to the inquiry explained in a Guardian column that: “Streaming only really works for superstars and super record labels. Instead of receiving a direct amount per sale, as with downloads or physical purchases, it’s a “winner-takes-all” system. The way it works is the combined revenue of every streaming subscriber is divided by by “market share”.

For example, suppose Bruno Mars releases an album and – rightly, because he’s amazing – Bruno appears on the surface of every phone, on every playlist, pushed by every algorithm. He could potentially end up with 5% of the whole world’s streaming money. Or, to be accurate, his record label will pocket that 5%. Bruno might see about 20% of that if, and only if, he’s repaid his recording and marketing costs. Pre-digital artists may be on pre-digital deals, so they may see nothing.”

The BPI report further boasts about the reasons for this increased growth is down to “labels’ signing and development of artists and marketing them successfully around the world.” They claim the major labels have spent above £250 million on A&R in 2019, with over £150 million spent on record labels and international marketing.

In response Gray tweeted “I challenge any single one of the Major Labels to show how much of their income they actually spend on music. They use this term ‘Artist & Repertoire’ (A&R) which is completely disingenuous because it describes lots of different activities.”

The claim of £250 million worth of investment in A&R, is not broken down or it is not revealed how it is spent, on making music or paying artists. While the £150 marketing figure is both a drop in the ocean when you consider major label profits every year. But it also turns out this boast is far from transparent.

Tom Gray lays out the three ways the A&R money is spent: “1. Spending on music recording production. 2. Money they pay through to artists as royalties. 3. “Advances” – the money they use to buy-out Master Rights in contracting artists.

Now number 3 is not ‘investment’ in the UK. It takes assets from a UK creator and adds it to the portfolio of a foreign-based corporation. Once that cash is spent, the UK loses out on any further income. Public companies with very obscure accounting techniques ought to set off alarm bells.”

He also told MPs that up-and-coming artists still feel compelled to join major labels because they have “completely captured streaming” and could make their music heard more widely on platforms such as Spotify.

The association between major labels and Spotify is self fulfilling and reinforcing: Tencent Music holds a stake in the streaming company and is invested in by Warner music and Sony. Sony and Universal have both held stakes in Spotify, their artists are often given prominent placements on playlists and on the platforms application with their artists the ones racking up millions of streams and the majority of the profits:
“18Tencent Holdings → 58% of Tencent Music (from SEC documents; has been covered in the media)

Tencent Music → 5.2% of Warner Music Group (from SEC documents; has been covered in the media)

Tencent-led consortium → 10% of Universal Music Group (from Tencent company announcement; has been covered in the media)

Spotify <–> Tencent Music (from an equity swap deal in 2017; a recent Spotify SEC filing confirmed that Tencent Music’s stake in Spotify was 9.1%)

Warner Music + Sony Music → ~10% of Tencent Music (68 million out of ~670 million outstanding shares, per SEC documents; has been covered in the media)

Universal Music → 3.5% of Spotify (per SEC documents and estimates from Music Business Worldwide)

Sony Music → ~2% of Spotify (Sony sold half of its 5.7% stake in Spotify in 2018; the remaining share has likely been diluted since then, hence the lowered estimate of 2%)

Note that Warner Music does NOT own stakes in Spotify anymore as of two years ago.”

Hence so many the questions:

Why are the three major labels not being transparent about how these figures and how they are broken down ?

Why are streaming rates shrouded in secrecy?

Who is profiting from the current streaming system because it isn’t most artists or songwriters?

What other industry would leave their artists and partners in the dark?

With antiquated factors such as “breakages” and other unquantifiable costs taken into account before the artist and rights holder is paid any small percentage.

Even a successful icon like Chic’s Nile Rodgers told the inquiry that the finances of streaming are concealed.

“Artists and writers are not remunerated equally. They do not get their fair share of the pie.”

“What Covid has done, it provides an opportunity for us to really see what we’re making from recorded music – it’s pretty horrific,” said Gray via his virtual connection.

He put forward a potential solution ‘equitable remuneration’ the right for artists to have the same equal split with labels from streaming as they get from broadcast. And Gray suggested that broadcast income is already falling, as streaming increases among young listeners.

“It does what it says on the tin, it’s equal pay for equal work,” he said of his campaign for equitable remuneration.

“[But] the big, powerful major labels, these huge behemoth corporations, won’t let equitable remuneration into streaming, because it will eat into their margins. These are not bad people but they will not do anything to affect their share value.”

“Streaming is great for consumers, it’s incredible – and they haven’t raised the price of it in over a decade. In real terms, though, music has been devalued by 26% in the streaming system, and that’s before we get on to average rate per user going down and all these other problems that we have within the system.”

“The intervention of a radio-like remuneration would be a way for government to intervene without undermining [commercial agreements],” suggested Tom Frederikse, partner at Clintons Solicitors.

Colin Young of CC Young noted that no new administrative body was created for streaming remuneration. In the UK, 50% of the publishing revenue derived from streaming is attributed to mechanical and 50% is attributed to public performance. But for recordings, there’s no such split.

The major deals don’t reflect a profit share with their artists either, unlike independent labels, Gray explains “There are still great indies out there, one of the biggest indies in the world, Beggars Group, are based in the UK. Broadly speaking, the indies are doing what I would describe as more ethical deals than the major labels.”

So when figures about streaming are trumpeted as a global triumph for Britain every new year we need scratch a bit deeper and consider who its a success for.

Because over 90% of artists are losing out from streaming.

It’s system where the music you listen to doesn’t get a share of your subscription, it is narrowing the genres being promoted and remunerated. It is shrinking independent music making it harder for most up and coming acts and amplifying inequalities, mostly benefitting the 1% who are already doing very well, making more profits for major labels and corporations with the proceeds often going offshore.

This is a system that can’t continue its #BrokenRecord.

Streaming itself isn’t the issue its a new way of delivering and distributing music, the Spotify app is actually the most useable and gives the listener access to music they wouldn’t have dreamed of in the past and playlists do have their discovery benefits, they could be so positive for artists and labels who have seen their funding shrink as physical record sales have declined.

But the current financial system is not sustainable or fit for purpose. It doesn’t value or protect artists who actually create the music these tech giants are using to draw people onto their platforms with. As Nadine Shah concludes: “Streaming is the future, but to deliver a rich and culturally diverse musical future, non-mainstream music needs to be able to keep its head above water.”

The BPI and streaming services are due to give evidence to the inquiry later this year. Something has to change, we urge the inquiry to recommend changes to a #BrokenRecord system.