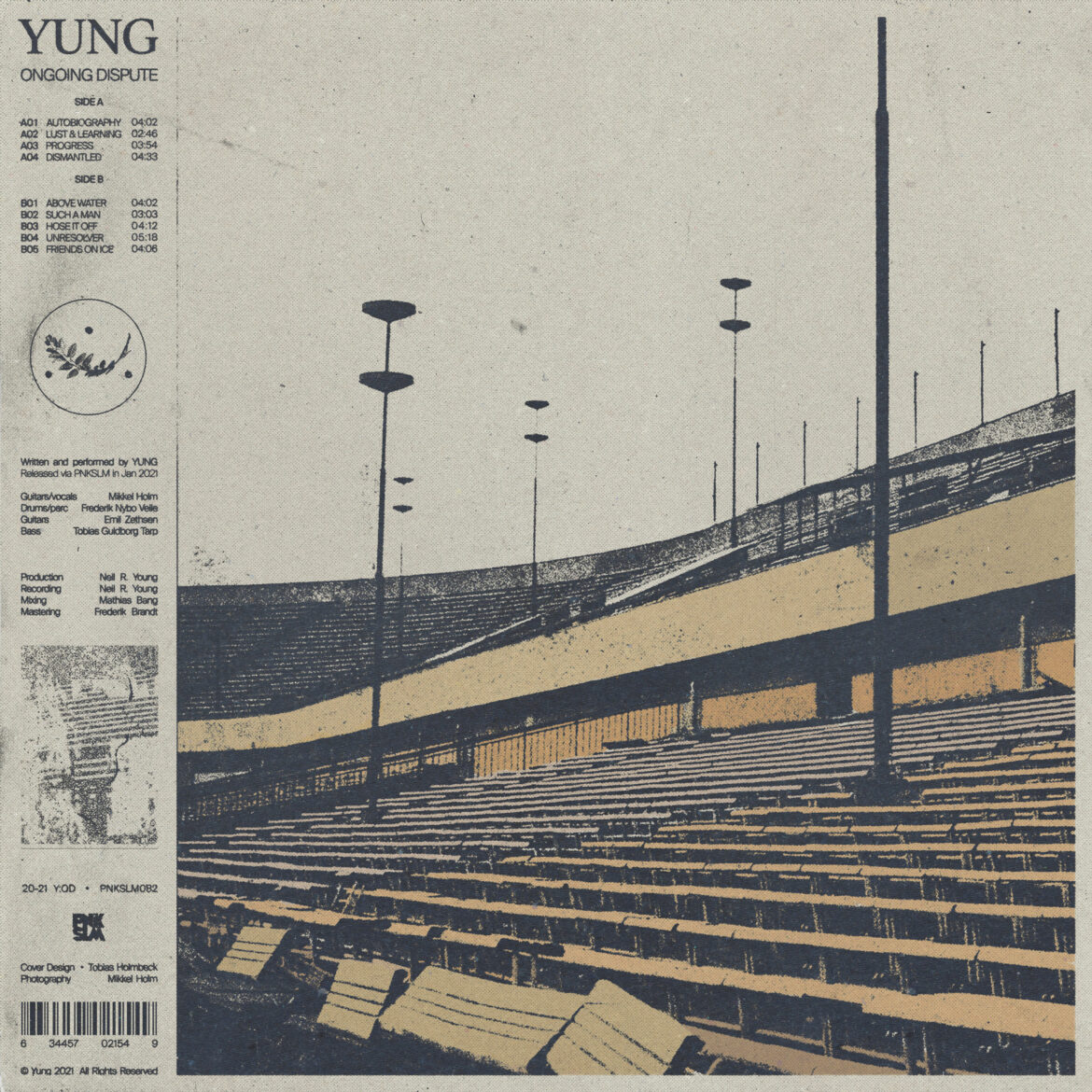 Yung are back. Long-awaited second album, Ongoing Dispute, sees the Danish punk rock quartet back in the game, sounding older and maybe a bit wiser.

It’s over five years since A Youthful Dream, a debut album that divided many of the fans who had followed the Aarhus band from their DIY frantic punk roots, a vehicle for the prolific teenage songwriting of front man Mikkel Silkjaer. Where their self-released tapes and early EPs spoke directly to a forgotten generation in Denmark’s gritty-but-cool second city, Yung’s attempts to expand their horizons on A Youthful Dream seemed to bring them nothing but dissatisfaction. With richer arrangements and diverse instrumentation, the new songs were supposed to reflect a new maturity and a more considered process of writing. Instead, for some at least, it exposed the sound of a band already tired of itself and burned out from heavy touring. “It wasn’t that we didn’t like A Youthful Dream,” explains Silkjær, “we just weren’t quite proud of it.” A hiatus seemed inevitable.

Now on Sweden’s leftfield noise rock/punk label PNK SLM (‘Punk Slime’) Recordings, Yung sound revitalised, if still a little troubled and awkward in places. This may in part be down to the slow and sometimes painful songwriting process underpinning the aptly-named Ongoing Dispute, which honors more of the individual band members’ diverse and conflicting tastes. Their influences include Prince, krautrock, thrash, punk and eighties pop, one of the few bands they can actually agree on is Killing Joke (and, listening carefully, there are occasional shades of Geordie Walker’s chimaeric guitars). This makes for an interesting cauldron of styles, where surprisingly melodic vocal harmonies and XTC-like fizzy pop guitar solos bubble up in the darkest of moments. Stirring this particular pot, is longtime friend music producer Neil R Young who adds subtle unifying flourishes to stop the whole thing curdling into separate elements.

Another important difference that will be more obvious to fans than newcomers, is the lyrical about-face. Self-centred angst and suburban ennui has given way (mostly) to a world view shaped by bitter experience and compromise. This is a break-up record, where we sense Yung wanting to leave some of their own teen-success-story past behind. Opener ‘Autobiography’ sets this store out immediately: “sometimes I’m surprised by your level of self-absorption, you never want to hear someone else’s story, it just bores you”. This narrative, conversational singing style interspersed with almost hypnotic repeated lines is found across the album. I sometimes jars, but where it works, as on this song or the rolling, roiling confessional ‘Above Water’, or epic anti-consumerist closer ‘Friends On Ice’, Yung really draw you in.

Ongoing Dispute is also very much a mixed bag in terms of its musical highs and lows. On one hand, there are curious songs like ‘Dismantled’ that go nowhere in particular and, maybe even intentionally, take their leave without much consequence. But then there are moments where you just want to lose yourself in the squall of guitars and synths, like the blissful, glitterbomb close-out of ‘Unresolver’. ‘Lust and Learning’ splices pop and grunge to great effect, adding some proper classic Bowie (whatever that is) harmonies that lend it to radio play. Dealing with toxic masculinity and loss, single ‘Such A Man’ is a dancefloor-meets-stadium-rock belter.  Like many great songs it was written on the fly in just an hour and where their songwriting and lyrics converge with this kind of ease, Yung shine so brightly.

Summing up, it might not immediately blow you away, but the slower appeal of Ongoing Dispute can still help make up some lost ground for this talented, enigmatic band.

‘Ongoing Dispute’ is released on 22nd January, via PNKSLM recordings.