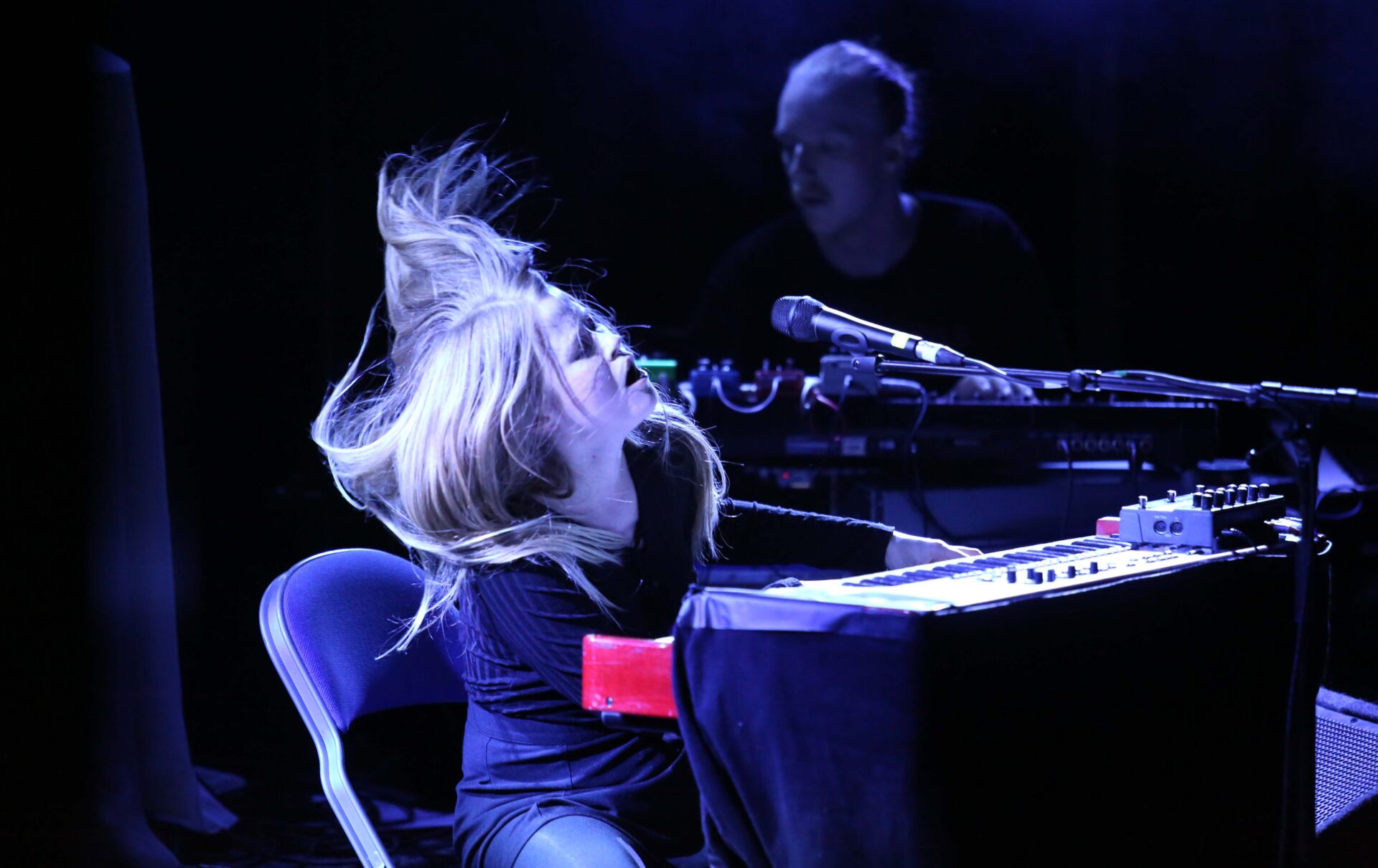 In Leeds tonight Anna von Hausswolff finds herself caught between the relentless onslaught of those Leeds’ metal noiseniks False Flags and hardcore punks and fellow countrymen, Refused. She is not one to be intimidated by the occasion. Supported by her supreme band – Filip Leyman on synths, guitarists Karl Vento and Joel Fabiansson and Ulrik Ording on drums – she punches a huge, glorious sonic hole right through that endless wall of noise.

Perched behind her keyboard, the slight 29 year old Swede makes for the most unlikely looking of combatants. But through the sheer eloquence and power of her music she shows herself capable of facing any musical battle. The sound that Hausswolff and her four musical cohorts conjure is higher than any mountain and wider than the sea. It engulfs the room. An invigorating mesh of the neo-progressive, folk metal, contemporary classical and the operatic, it fearlessly defies simple categorisation. 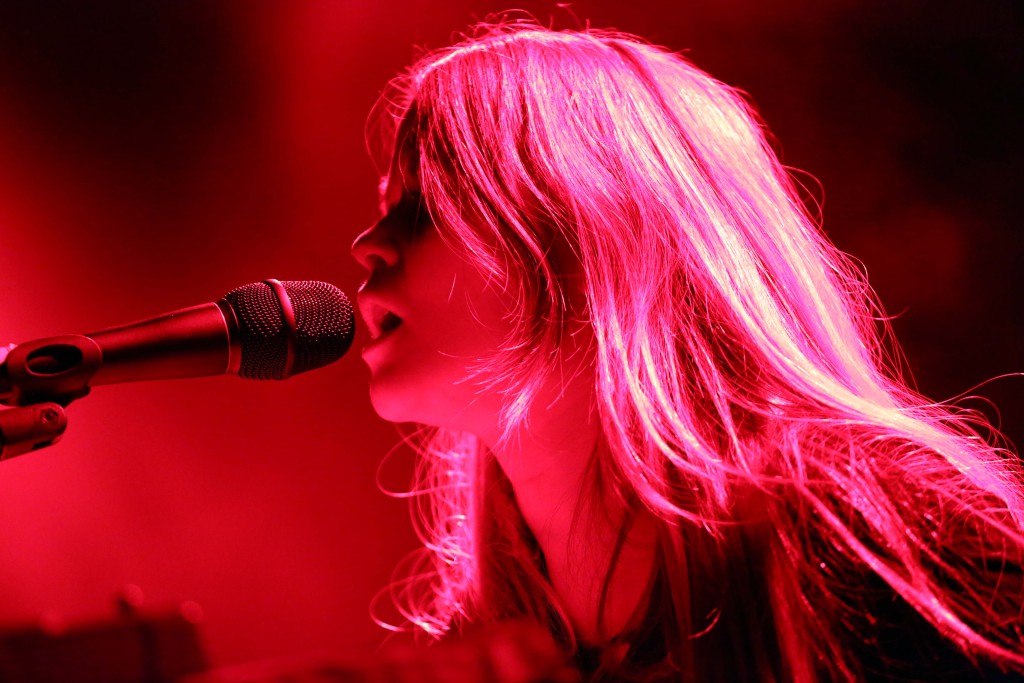 Leaning heavily on material from last year’s universally acclaimed third album The Miraculous, the Gothenburg native, singer, composer and multi-instrumentalist holds us in her thrall for 40 captivating minutes.  The huge soundscape ebbs and flows, peaks and troughs, as if slowly moving on huge tectonic plates. In so doing Hausswolff and her band create a magnificent swell of sound that holds a perfect dramatic balance and never once threatens to sink into the quicksand of bombast, the perennial danger of progressive music.

The Miraculous’s unquestionable masterpiece, ‘Come Wander With Me/Deliverance’ provides the most perfect of finales. Stretching well beyond its ten minute studio mark, it is massive. Hausswolff’s voice – an enormous volcanic instrument that belies her size – oscillates between that of Elizabeth Fraser and Maria Callas as it punctuates the song’s epic orchestral sweep. For the first time in the set the lighting subtly shifts from a sea of red into electric blue and white. It reflects what is an immense emotional triumph.