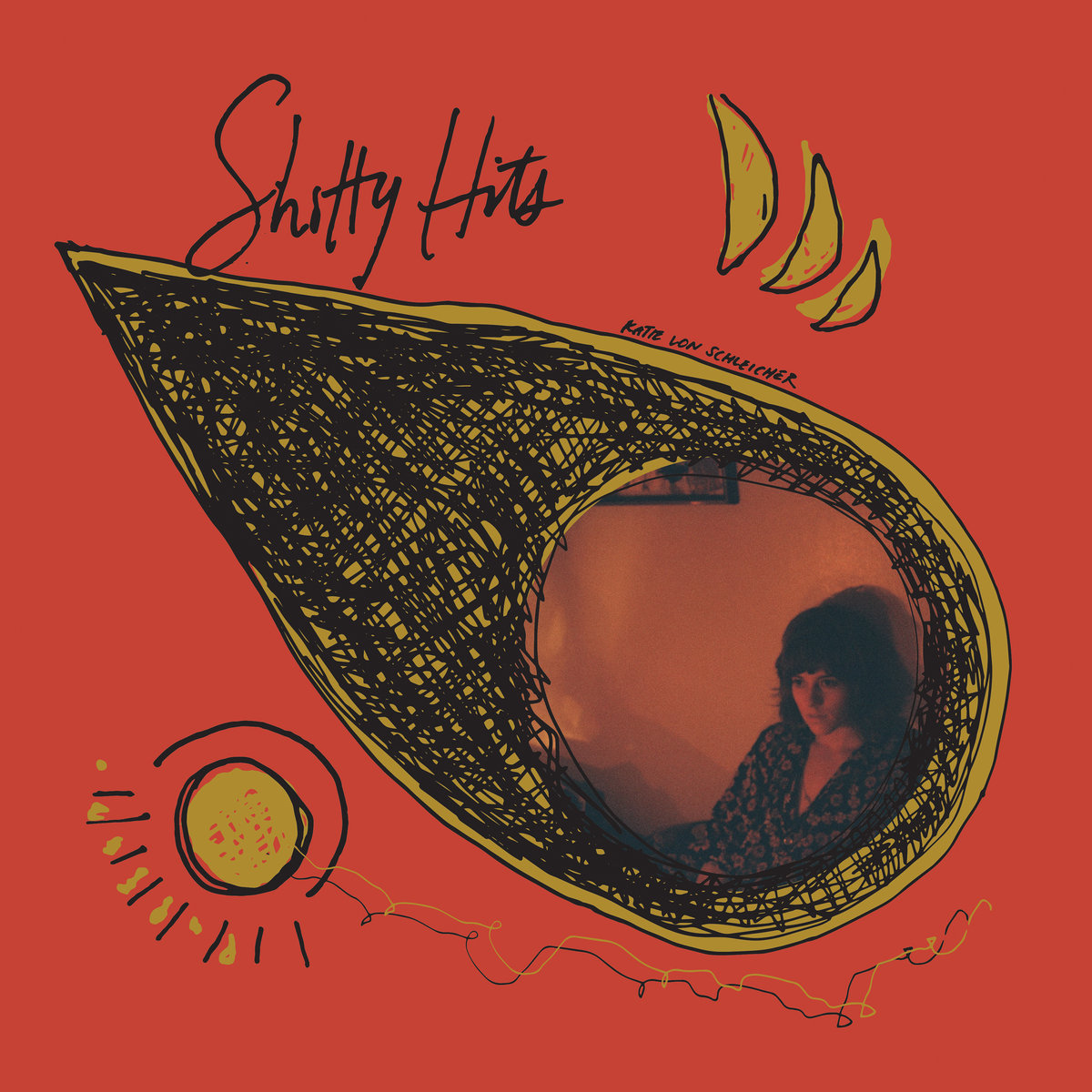 Katie von Schleicher knows that these hits are anything but shitty. Shitty Hits, Von Schleicher’s self-produced and co-engineered debut, was created on a tape machine at her childhood home in Maryland. It’s a hazy album about growing up and the struggles of simply being a human. It’s not grand or profound, but just life. Packed with pop laden tunes it navigates all the vicissitudes of life, and does so in a way that makes you want to go along for the ride.

Creative life is one filled with questions and answers, and it’s explored on Shitty Hits. Open about therapy, mental illness, sadness, depression, heartbreak and love, it’s got all the feels, but all the energy that comes with the weight of living. At the same time there’s a sense of humour at play, not least so from the album’s title.

Tunes like ‘Life’s A Lie‘, the latest single from the album might make life sound a bit rubbish at times, but von Schleicher’s musical take on it is joyful and potent. A tune all about imposter syndrome the narrative follows the voice of the inner critic, that mean voice that holds you back and kicks you down, but is hidden in boisterous melodies. Opener ‘The Image‘ is soulful and rich, opening with warbly pedals and clashing drums, and the classic structure is revisited on ‘Isolator‘. The jaunty melody of ‘Life’s A Lie‘ belies darker lyrics. The first single off the record was ‘Paranoia‘, a song all about her relationship to her music. It is a crystallised feeling of the rest of the album, and dances with the subject in wrestling tones. ‘Sell It Back‘ surges with guitar melodies and its textured variations, whereas ‘Midsummer‘, a song all about being toxic for another person, sees things stripped back and chiming. “I know it’s wrong, but I can’t stop,” she moans under an affirming beat. ‘Nothing‘ squelches into existence, a distorted amp, SM58 microphones and a tape machine make for a slightly off kilter but well honed vibe as it plods funereally along.

Rough edged charm is plentiful, through the fuzz and hiss. Deeply affirming in tone even through the impassioned and varied emotions, it swings with vision through thundering keys and diving musical dreams. Uncompromisingly confident in vibe but with a deeper pain under the carefree singalong songs. Dizzyingly robust even in the face of such vulnerability, Von Schleicher’s voice rises up with firey potency and an openness that is both tender and strong. Katie von Schleicher is energetic, irreverent, emotional and unsure, all at the same time. She feels high and she feels low. Shitty Hits explores all of the undulating variation of a life on earth, the tugs and pulls, the pain and pleasure, the highs and lows. Sometimes things will be shitty, and sometimes they’ll be a hit. This album definitely contains more of the later. “I’m a fraud and I know I can’t do it alone” she sings on ‘Life’s A Lie‘. From the evidence presented on her debut album, she’s doing pretty bloody well.