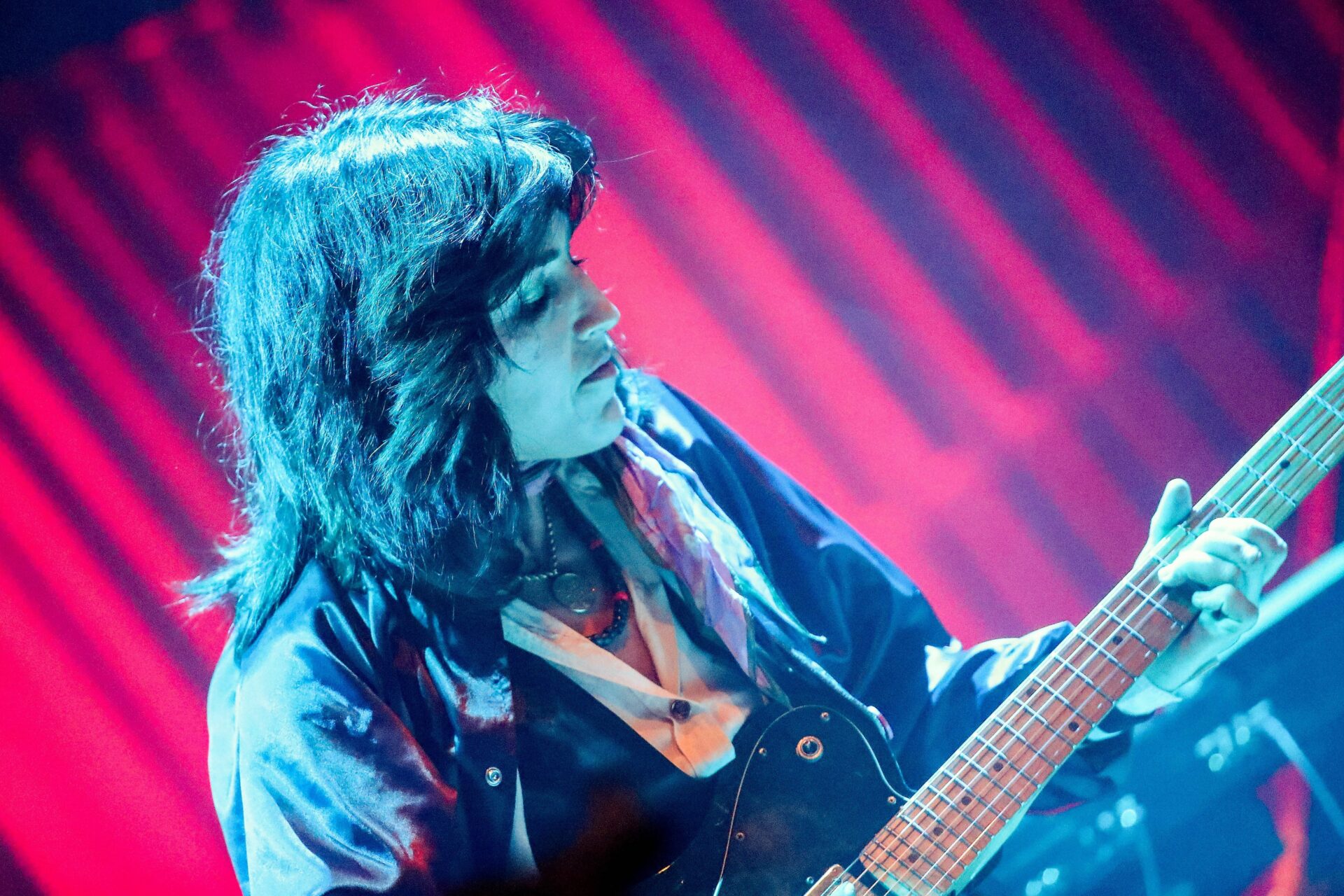 Joan Wasser is a musical chameleon. Having appropriated her stage name from the 70’s American television cop series Police Woman – starring Angie Dickinson as Sgt. Pepper Anderson – she embarked upon her career as Joan As Police Woman in 2002. By that time the now Brooklyn-based musician had already turned her back on her classical music training to join indie-rock band The Dambuilders. Stints with Those Bastard Souls, Black Beetle (alongside surviving members of Jeff Buckley’s band) and Antony and the Johnsons ensued.

As had been the case with Angie Dickinson (who at the time of her comeback as an actress in Police Woman was perhaps better known as Mrs Burt Bacharach), Joan Wasser was then at risk of being recognised primarily as the woman who had been in a relationship with Jeff Buckley for three years prior to his drowning in 1997. But just like Dickinson before her, Wasser emerged from that shadow with a heady mixture of sassy determination, oodles of talent and sheer class.

Having signed to the Derby-based label Reveal Records in 2005, Joan As Police Woman’s still quite astonishing debut album Real Life was released later that year and it is this record that confirmed her emergence as an artist of considerable substance in her very own right. Since that time and across the spectrum of three more albums as Joan As Police Woman plus her 2016 collaboration with fellow New Yorker Okkervill River’s Benjamin Lazar Davis where she flirted outrageously with experimental electro-pop, Joan Wasser has proved herself to be equally comfortable with handling torch songs, retro-soul, R&B, doo-wop, funk and pop. 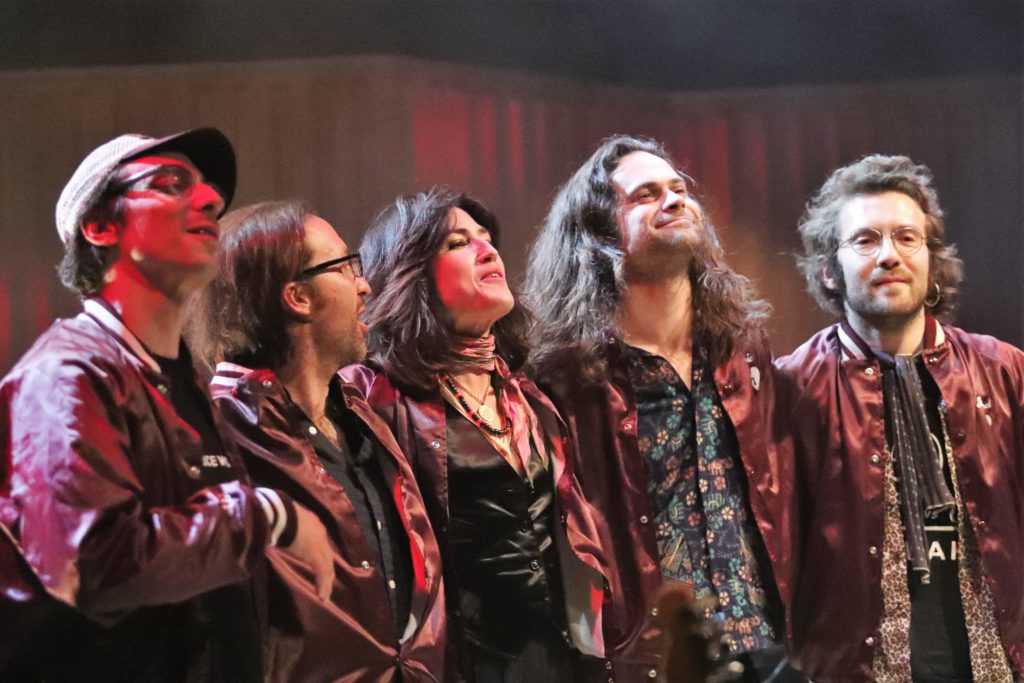 All of which brings us to Damned Devotion, her fifth album as Joan As Police Woman and the Howard Assembly Room tonight. The fourth date into the tour of the same name sees Wasser and her band – Parker Kindred (drums), one of the principal collaborators on Damned Devotion and who also played in Jeff Buckley’s band,  Jacob Silver (bass), Jared Samuels (keys and guitar) and Eric Lane (keys), with all four men also helping out on vocals – perform the new record in its entirety.

And once more Joan Wasser confirms her protean ability to constantly evolve as a musician and performing artist. Many of the new songs illustrate perfectly her more recent experimentation with programming beats, yet their subject matter remains firmly in familiar Wasser territory where she charts the vagaries of love amidst the complexities of human dynamics.

Opening with the accurately entitled ‘Wonderful’, Joan As Police Woman emerges triumphantly out of the other side of Damned Devotion some eighty minutes later when she concludes with the equally apposite ‘Silence’. Whilst there is also the opportunity in there to revisit ‘Eternal Life’, a sublime ‘Honor Wishes’ and a powerful ‘Human Condition’, it is the newer material that has the far greater impact.

Shrouded in the mystery of never ever really knowing somebody, ‘What Was It Like’ is a touching tribute to her father.  And on the rather sensual disco-shuffle of ‘Steed (for Jean Genet)’, Wasser dons her very best falsetto and arrives at the party as a hybrid of Robin Gibb and Prince. Returning for two richly deserved encores, Joan As Police Woman then leaves us with a stunning recreation of Prince’s ‘Kiss’ in which she lovingly caresses the original into subtle submission without losing any of its inherent beauty.