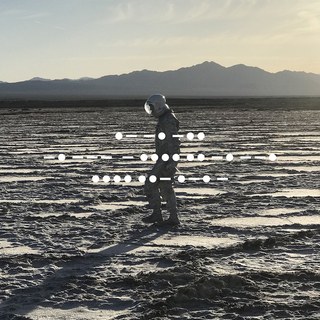 Sometimes DIY stands for ‘Do In Yourself’, as any A&E triage nurse will attest when some bodger comes in with their forefinger (unattached) in a box of ice lollies.  Jason Pierce didn’t quite manage to hack off a digit in the DIY musical generation of Spiritualized’s new album, And Nothing Hurt, but he found the most arduous and testing way of producing a body of work and went about tearing himself apart with meticulous precision.  Many hours were spent at home with a laptop, layering different sounds, as well as necessary journeys away from home to record brass sections, timpanis and lines that required, in Pierce’s words, “People that can actually play.”  And what do his eviscerated innards sound like in song form?  Bloody marvellous.

If nine songs are going to cost you, then they might as well be these nine.  If you’re making your last long-player, as Pierce has regularly declared, it’s a spectacular sign-off.  You’ll be hard pressed not to want to play ‘I’m Your Man’ several times over.  Once could be for the huge, brassy, quiet-loud surges that go back to early songs such as ‘Medication’.  Another play could be to savour the soaring guitar break from Tony Foster – one of the most uplifting moments of 2018 so far.  There’s a third listen for the lyrics.  They’re so Jason Pierce – grimly humorous.  The song’s title will give you more than you’ve bargained for.

Opener, ‘A Perfect Miracle’, starts with the understated strum and quiet philosophy reminiscent of Kermit The Frog at the start of the original Muppet Movie.  Instead of sitting on his lily pad and contemplating songs about rainbows, J. Spaceman starts with “I’d like to sit around and dream you up a perfect miracle./ I’d part the clouds and have the sun proudly shining on you.”  It’s a love song, but a dialogue between his inner ideologue and his inner self-doubting pragmatist, torn between how glorious love could be and how flawed it’s actually likely to end up.  After such a declaration of heroic intent (“I’d like to…”) there’s a barely-apologetic refrain that acknowledges the miracle simply ain’t gonna happen.

‘Let’s Dance’ doesn’t quite invite you to put on your red shoes and dance the blues with energetic disco pomp, but it does quietly state a resistance to being tired and calling it a night when “They’re pulling all the curtains drawn,” that ought to talk to the inherent ten-year-old in all of us that still claims not to be sleepy, despite having fallen asleep in front of the telly twice and despite that tell-tale drool trail.  That the album should finish with ‘Sail On Through’ isn’t a brash, gallic shrug, a denial of how everything blatantly hurt during the recording process or of how everybody hurts, sometimes.  It is, instead, a balm for troubled senses to assure us that we can and should endure life’s challenges.

The whole album ends with a Morse Code message that spells out ‘And Nothing Hurt’. But you wouldn’t know immediately. You have to find out for yourself – which rather sums up the whole album’s message.

And Nothing Hurt is out now on Fat Possum Records.

4 thoughts on “Spiritualized – And Nothing Hurt (Bella Union/Fat Possum)”