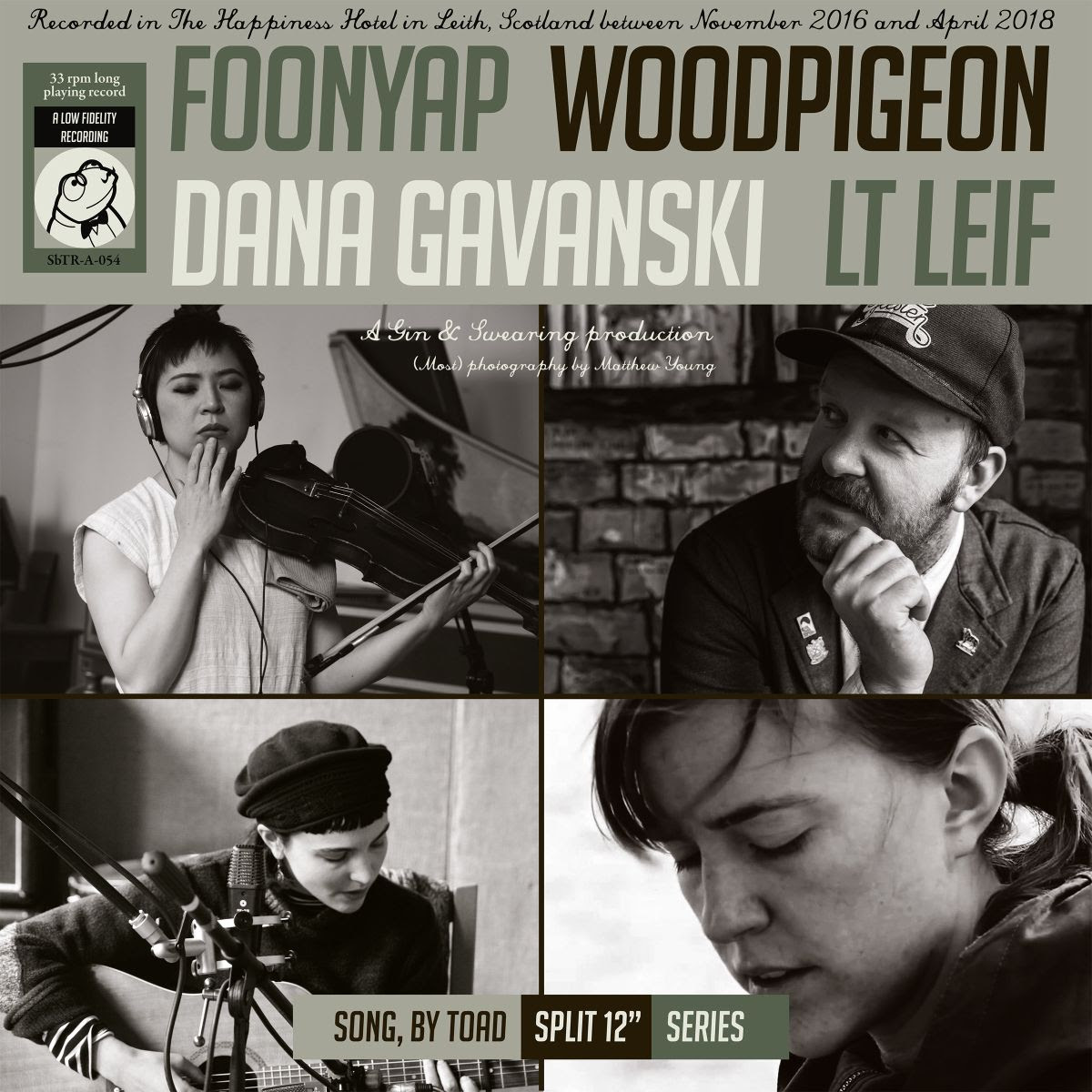 After 10 years of running the Edinburgh label as a space for outsider folk and beyond, in September 2018 the founder of Song, by Toad Records Matthew Young decided to step back from his creation. The label was given an emotional send-off last October at a 10th anniversary gig in Leith Depot – a bittersweet full-circle celebration as the venue hosted Song, by Toad’s launch gig back in 2008.

But before Young ended Song, By Toad, work was already underway on Vol 7 of its Split 12” series, with sessions recorded at the label’s DIY studio and live space The Happiness Hotel. Thankfully Young and the artists persisted with the project, and the swansong album is a fitting final chapter in the Song, By Toad legacy. Featuring contributions and collaborations from Song, By Toad, with tracks from the likes of Dana Gavanski, LT Leif, and FOONYAP. Today we exclusively share Woodpigeon‘s haunting track ‘The City is Mine’, an ode to the transience of moving and his new home of Edinburgh, below.

Heres what Mark aka Woodpigeon says about its creation: “The City is Mine’ had an extremely long gestation period, which is uncommon for me. I wrote the music while waiting overnight in a train station in Stuttgart on a tour some years ago, and my fingers just always kind of strummed it out when I needed something to warm up with. Since that time, I’d moved more than once, to places like Vienna and Vancouver and Montréal, and the more one wanders the more important it becomes to kind of claim somewhere as yours. To stab a flag into the ground and claim a piece of land as immovably yours. I also realized that on more than one occasion, I’d left somewhere because (amongst other things) of a person, including Edinburgh, the city in which I first started making music. So to finish the song there made total sense, to claim that place as one of my places even if I no longer reside there. It’s a battle cry of a song, and so great to sing with my friends from Eagleowl and Meursault in the Toad garage. I remember actually scribbling the last lines down as the ride to the studio was waiting for me outside!”