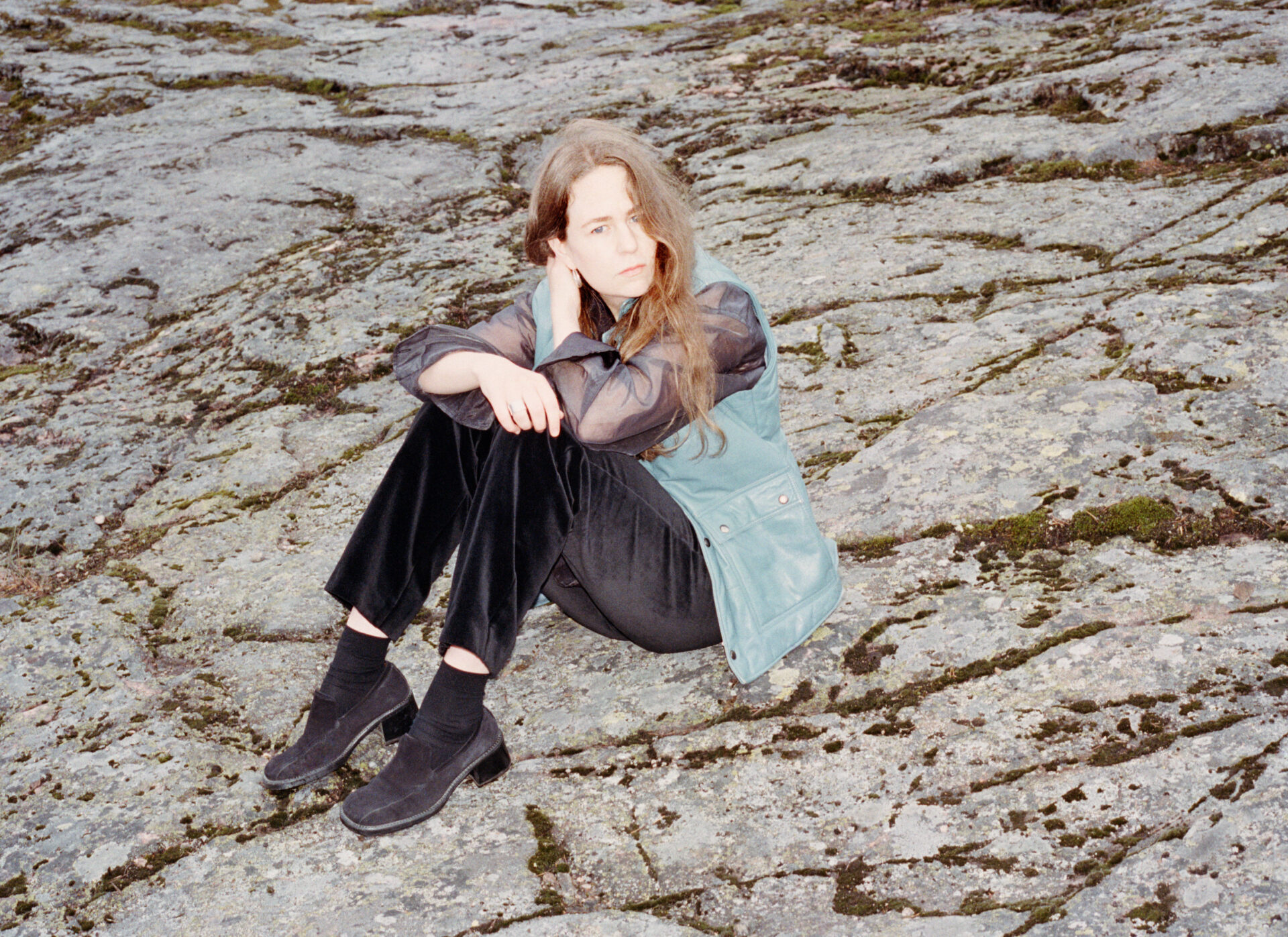 The lines from Paul Coelho’s novel By the River Piedra I Sat Down and Wept are a perfect abstract for Alice Boman‘s fully-formed and affecting debut, Dream On. While it might seem that Boman’s success was written in the stars, despite the overnight success of 2014’s bedroom-written Skissen EPs  and her songs being feature spots on Amazon TV drama Transparent and BBC’s Wanderlust, the modest Malmö-based songwriter perhaps wisely took the slow road to her first album release. That steady pace is reflected in the melancholic power of Dream On. It is as breathtakingly simple and intimate as her previous work, but perhaps signals the closure of that chapter of her life and the opening of a new, as yet, unwritten one.

Those acquainted with Boman’s music, especially her live performances, will know that her voice projects a disarming vulnerability which creates a delicate emotional connection with the listener. Preserving that special quality in the recording of Dream On is composer-producer Patrik Berger, better known for working on self-confident dance hits by Robyn, Charlie XCX or Icona Pop. Not an obvious collaborative choice from either artist’s perspective, but one which adds to the broken rawness of Boman’s delivery just enough atmospheric sheen.

With the ticking to-and-fro between snare and kick drum, chiming keys and quietly thundering synth pads, ‘Wish We Had More Time’ is the finest of opening tracks, succinctly pitching the premise of this album and giving us fair warning that heartbreak is just around the corner. Boman’s memories of love are made flesh and passed onto us as ‘Heart on Fire’ skitters, icily, into frame in all its stark beauty. “All the lonesome mornings and all the sleepless nights, wishing you’d change your mind”, sings Boman as the unshakeably desperate, chilling reality of loneliness sinks deep into the marrow.

Next, the Lynchian, velveteen waltz of ‘The More I Cry’ lingers gently in the air, as the distant piano refrains of  ‘Who Knows’ fade in, preparing us for the next sucker punch: “I live in a lie, I live in a dream, I’m scared of losing, I’m scared of everything”. Berger’s influence here is so understated that the accompaniment hangs back respectfully, giving room for Boman’s intense sadness to draw us deeply into her reflections. ‘Don’t Forget About Me’ steps up the pace, a gorgeously wistful, soul-inspired shuffle made with glitter ball shimmer.

Much of Dream On‘s appeal is due to its sincere simplicity.  Its classic torch songs touched by a dash of Nordic refinement will nestle quickly into the corners of your mind, their melodies reemerging unexpectedly and suddenly during your day. The second half sees Boman’s healing journey begin on ‘Everybody Hurts’, (not that song), as she searches the night for one more chance to feel something other than heartache. Its glowing dream-pop guitars move the track forwards with hope and resolve and away from the phantom limb pains of lost love. Building in confidence, ‘Hold On’ offers an arm in the darkness, while the positive self-talk of ‘It’s OK, It’s Alright’ deals with acceptance of change and bringing one’s attention back to the present. Although Dream On revels in its haunted past, with all the heady regret and longing, its most lucid moments come when Boman accepts change, even at the risk of enduring more pain. This attempt at transcendence shakes the foundations of what she believes. It is impossible not to be carried along in the dramatic wake of ‘This Is Where It Ends’, with its gospel-like chorus resignations of “it’s over!”.

With its simple melody, the lo-fi ‘Mississipi’ (the only song recorded in Boman’s Malmö apartment) is something short of a coda; a closing track that tantalisingly does not reveal the end. Dream On leaves us abruptly, with the click of a tape recorder and a faint sigh. Whoever broke her heart, however it happened, it is made clear that it was almost all-consuming and we feel privileged to sit quietly alongside Boman as she works it all out. From being left stranded in her past, she somehow makes peace with her thoughts about the future and remembers to always keep dreaming, no matter what.

Dream On is out now via Play It Again Sam.